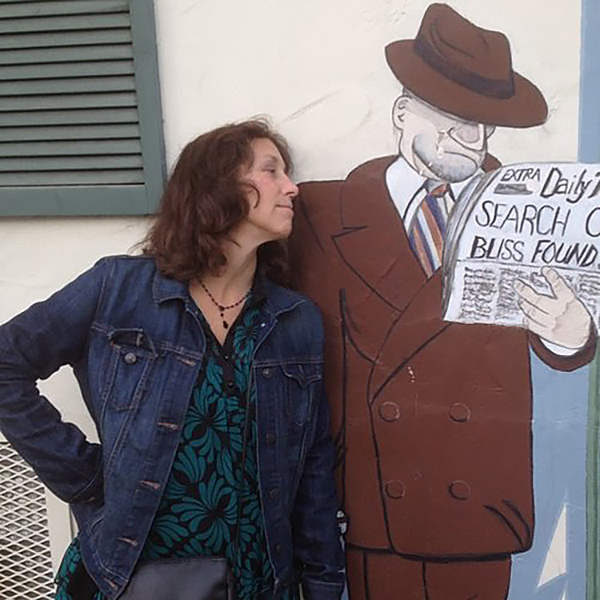 Long-time Tahoe resident and dedicated local journalist Tanya Canino passed away Friday, Sept. 9, after an extended battle with cancer. Canino worked tirelessly over a decades long career to break crucial local stories, with a particular passion for the environment and struggles of Tahoe locals. She also fostered several new generations of journalists through her roles as editor and college professor.

Canino was a Hutchinson, Kan. native who moved to Tahoe after graduating from Kansas State University with a Bachelor of Arts degree in journalism and serving a brief stint as a courthouse reporter in her home state. She originally planned to move to the Bay Area and work for a large metro newspaper, but loved her life in Tahoe so much that she decided to stay and build a life by the lake.

“The effect of that decision meant Tahoe got a reporter with big-time chops to cover its news stories,” said Kyle Magin, a writer who worked under Canino at the North Lake Tahoe Bonanza. “Tanya was a community advocate with a brilliant bullshit detector, and she’ll be sorely missed.”

Canino served as editor-in-chief for the North Lake Tahoe Bonanza, Sierra Sun, and Tahoe World, and contributed to multiple regional publications including the Reno Gazette-Journal, Sacramento Bee, and Tahoe Quarterly.

“I met Tanya Canino on a interview for my first professional job out of college in July 2007. Tanya took on a massive, daunting workload that summer — she hired four newbie journalists within a three or four month span to work on the North Lake Tahoe Bonanza,” said Magin, who later to the ranks of editor-in-chief at Tahoe Quarterly. “We probably gave her whatever share of gray hairs her three lovely children weren’t responsible for.”

In 2008, Canino treated her staff to lunch at the Incline Village staple, T’s Rotisserie, and announced her recent breast cancer diagnosis. She would significantly scale back hours and commitments at the Bonanza, but continued to mentor and train the reporters, and helped the staff to navigate through the lay-offs and administrative changes that came after the recession hit in summer 2008.

Canino started teaching at Sierra Nevada College (SNC) in 2010 after overcoming her first cancer diagnosis and transformed the small journalism program, which lacked an official major, into a multi-disciplinary degree track. The student newspaper, the Eagle’s Eye, was a small pamphlet when she arrived, and with her resources and know-how she turned it into a 12-page biweekly paper printed on standard newsprint.

“She was such a doer, so unique,” said Katie Zanto, SNC Interdisciplinary Studies program chair. “She was always trying to improve, and she held herself to the same high standards as she had for her students.”

The journalism program expanded greatly after it was absorbed into the college’s Interdisciplinary Studies program in 2012. Canino and Zanto worked with faculty members to bring two new journalism-focused majors to the academic catalogue: New Media Journalism and Digital Arts and Journalism.

“Although I am mourning the loss of an influential mentor, Tanya shared with me and her students a beautiful and eminent gift: journalism,” said Jamie Wanzek, the managing editor of the Eagle’s Eye for the 2016-17 school year. “She planted a seed that will flourish the rest of my life.”

Canino honored students every year at a ceremony dubbed the Golden Quill awards, but at the end of the spring semester of 2016, students surprised Canino, who had already been waging a renewed battle with cancer for months, with an award of her own, made possible by donations from faculty and current and former students: a glass apple engraved with “Thank You Tanya Canino,” as well as a certificate for a massage.

“The Golden Quill had traditionally been a spot for her to give students awards,” Zanto said. “But they were able to turn it around and make her feel honored. I think she really did feel honored that night.”

Canino is survived by her husband, Tom, and three children, Casey, Erin, and Sam. A memorial service will be held 5 p.m. on Thursday, Sept. 15 at Cornerstone Church in Incline Village. Donations may be made to help with her medical expenses through Calvary Chapel of Truckee. Checks should be attributed with “Tanya Fund” in the memo and mailed to 12242 Business Park Dr., Ste. 15, Truckee, CA 96161.