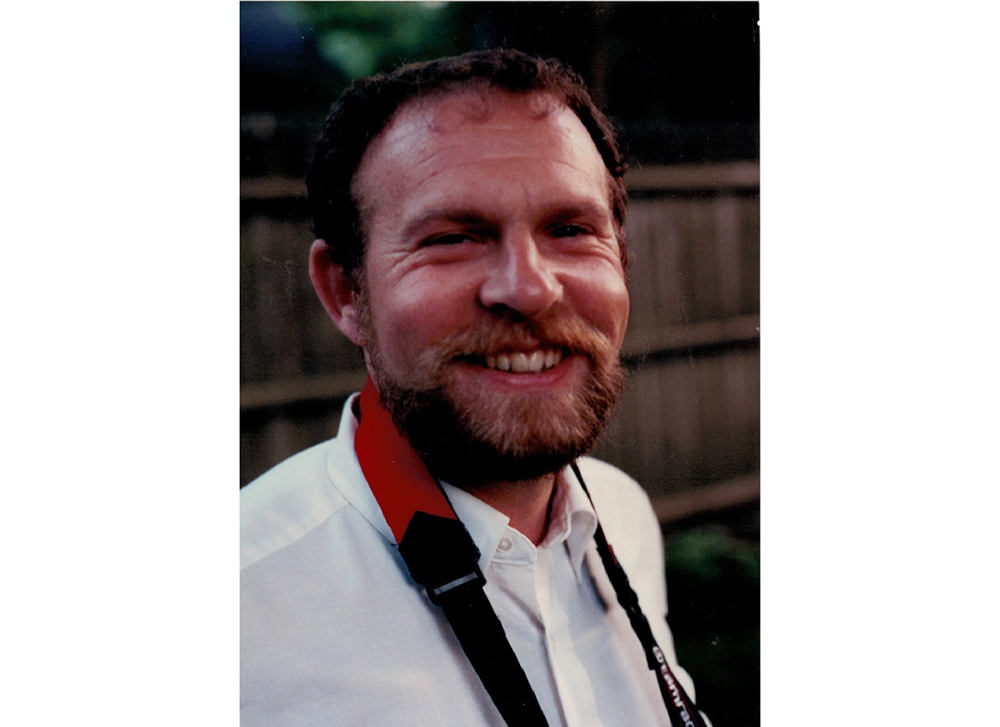 Dr. Brooks Bloomfield gently passed away on May 31, 2018 from Multiple System Atrophy, a relentless brain disease for which there is no treatment or cure. Brooks was well known for his love of animals, his caring, honesty, expertise, and endless spark of generosity and curiosity. He pursued joy, knowledge, and adventure with every step he took.

Born in Boston on Aug. 9, 1954, Brooks was raised by Richard A. Bloomfield and Carolyn Bloomfield. He grew up in Boston and New Hampshire. Weekends and holidays were spent at their family home in Chocorua, New Hampshire. A love for animals, skiing, wildflowers, and mountains blossomed.

Brooks studied at University of New Hampshire. He worked long hours at local dairy farms to support his education. He then graduated with the Tufts School of Veterinary Medicine’s first graduating class in 1983. That same year, he married Jennifer Lynn Bloomfield (née Nelson) and moved to Assonet, Massachusetts, where he and his wife opened a veterinary practice.

A few years after the birth of their son, Richard Benjamin Bloomfield, Brooks and Jennifer relocated to Davis, California where Brooks completed his Zoological and Wildlife Medicine veterinary residency at UC Davis. While at UC Davis, Brooks was known for his bright intellect, relentless dedication and passion, and talent for teaching others.

When Brooks completed his residency, he moved his family up to Truckee to once again live among the snow-capped mountains. When he saw lilacs blossoming, he knew this mountain hamlet was the place he would spend the rest of his life. Shortly after their move, Brooks and Jennifer had a daughter, Katherine Elisabeth Bloomfield.

Brooks worked as a veterinarian at the Sierra Pet Clinic. In his free time he worked at the Sierra Safari Zoo, numerous wildlife rehabilitation centers, and the Animal Ark. His compassion, experience, and continued love of learning allowed him to care for all creatures great and small. He made house calls as a horse vet in Russell Valley in the dead of night. He performed cataract surgery on Whoopie — the Animal Ark’s peregrine falcon. He even helped his patients pass in their homes on holidays.

In 2006, Brooks and Jennifer opened their own veterinary practice in Truckee, commonly nicknamed the “Doc’s Office for Pets.” Brooks built the practice from the ground up. People could bring any pet species for quality attention and care. He had a special bond with each patient, who often bounded through the door to see him.

His work ethic, passion, and kindness are what enabled Brooks to be such a caring and inspiring veterinarian, husband, father, and friend. He was generous in time, energy, and spirit with everyone he knew. His home number was in the phone book. He was a beloved brother and past Master Freemason. He was “Doc” in the Railroad Regulators re-enactment skits. He gave talks as C.F. McGlashan at the Truckee Cemetery.

Brooks had a lively and adventurous spirit and never shied from a challenge. In fact, he embraced them. Blizzards were his favorite skiing conditions. He encouraged others to face their fears as adventures instead of ordeals. His love, kindness, and courage were felt by all who knew him.

Obituary: Richard Brooks Bloomfield, DVM, a Lover of Humans and Animals
Wellness
8:15 am / 9:15 am

Obituary: Richard Brooks Bloomfield, DVM, a Lover of Humans and Animals
Sports & Outdoors / Wellness
9:30 am / 10:30 am

Obituary: Richard Brooks Bloomfield, DVM, a Lover of Humans and Animals
Sports & Outdoors / Wellness
9:30 am / 10:30 am