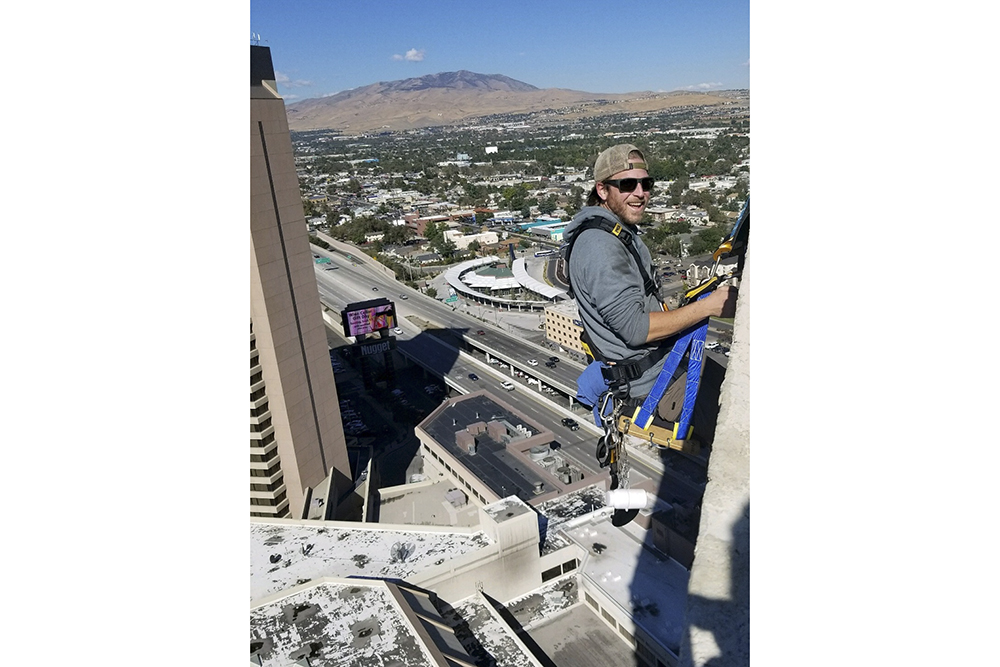 Jeffrey R. Pearlstein lived a life he loved. He was born in New Jersey and soon moved to the Catskills in Upstate New York. With the support of his father Gary and mother Dale he started skiing at the age of 4 at the famous and charming Windham Mountain. Jeff was a talented ski racer and continued to compete until graduating high school. He briefly attended University of Vermont but decided Breckenridge, Colorado, was more his style and he moved West to pursue big mountain skiing. Spending two years in Breck, he continued to mature and when he found out some of his favorite ski team members were moving to the Tahoe area, he joined in.

Jeff did a short stint in Incline Village, then moved to Kings Beach. He met his longtime girlfriend Brynn while partying in South Lake. They spent 12 years together cultivating their bond. The two flourished, enjoying good company of their friends and helping each other start successful businesses. He was a pillar for his family and helped create stability for everyone around him.

In the winter, Jeff’s time was spent skiing in the day and tuning skis at night. During summertime, he became a prosperous window washer maintaining a booming business in Lake Tahoe’s growing mansion market. In his free time, he took care of his two lovely dogs, played disc golf, and was in perennial attendance at jam music festivals.

He was endearing to everyone who got a chance to meet him and he helped anyone who he considered a friend. Never letting himself come first he always shared what he had; be it his time, his energy, or his interests. If you needed enthusiasm or a helping hand he brought you up; if you were full of yourself or need humbling, he showed you your place. Jeff had the magical ability to bring together groups of people and create a family atmosphere in any environment he found himself in.

Jeff passed away in a skiing accident in the Keyhole area at Alpine Meadows. He died doing what he loved. It is a painful testament that life is beautiful and joyous but also fickle and harsh. Jeff was spontaneously witty and loved the absurd and the humorous. He would have encouraged everyone to take that chance but to do it with a humble and open heart.

Obituary: Jeff Pearlstein, a Talented Explorer in Life and Family
Wellness
8:15 am / 9:15 am

Obituary: Jeff Pearlstein, a Talented Explorer in Life and Family
Sports & Outdoors / Wellness
9:30 am / 10:30 am

Obituary: Jeff Pearlstein, a Talented Explorer in Life and Family
Sports & Outdoors / Wellness
9:30 am / 10:30 am

Obituary: Jeff Pearlstein, a Talented Explorer in Life and Family