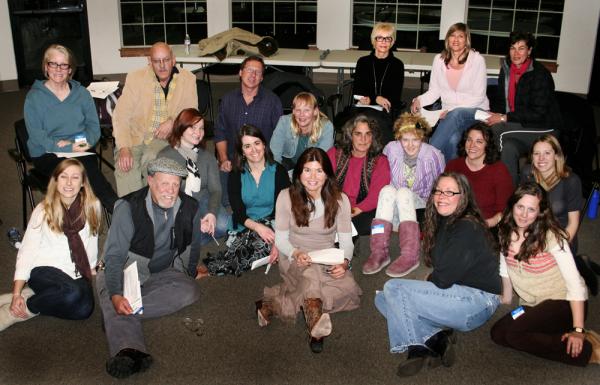 What, no vaginas? Tahoe Women’s Services (TWS) has decided to shake things up a bit this year by producing a new theatrical event for the North Lake Tahoe community. ‘My Name Ain’t Betty Crocker’ is a one-act play, written by Kathy Coudle King, which tells the story of how one woman untangled herself from a web of domestic violence. The piece was originally written for an Awareness of Violence Against Women event at the University of North Dakota. King’s writing satirizes delicate social issues like racism, economic disparity, and religious division, shedding light on ugly conditions that need to change.

This piece fits the (play)bill in supporting the goal of Tahoe Women’s Services, which is ‘committed to reducing the incidence and trauma of domestic violence, sexual assault, and child abuse’ in our community. Co-Director and Board member Darlene Pearson-Bray has been volunteering with TWS since she moved to the area three years ago. She is an actor and psychotherapist who finds the two vehicles for self-expression work well together to help women with self-assertiveness and empowerment. She hopes that this production will give people a greater awareness of this ‘underground’ social crisis, and will inspire them to support TWS, in service or financially.

Melanie Cleary, Darlene’s Co-Director, is a survivor of domestic violence who draws on her background to empower other women. She teaches self-defense classes and volunteers with TWS, sharing her experience because there are so many women who, in her words, ‘come from an age where they don’t know there are things they can do, or not do, to protect themselves from abuse.’ This is her fourth production with TWS, having performed in the ‘Vagina Monologues’ for the past three years. She hopes someday to direct that production for TWS, but is glad to be giving Tahoe this new production, which interweaves a diverse collection of dances (performed by InnerRhythms) and monologues with the play. ‘Oh my gosh, the dances made me cry. They’re so moving – the emotions that they express through dance. You really get it,’ Cleary said. She hopes people who see this production will understand that ‘violence affects all of us and it’s up to all of us to create a world free from violence.’
Throughout our interview her four-year-old daughter serenaded us in the background. ‘You’re a great role model for her,’ I said.

‘I hope so,’ responded Cleary.

Elizabeth Archer, Founding, Executive and Artistic Director of InnerRhythms, was glad to hear Melanie’s reaction to the first dance rehearsal. Archer is ‘honored to be featured’ in this collaboration with TWS, something that had been in the works for a while. The InnerRhythms dancers will perform four original pieces, the first of which, Archer briefly describes, is based on the expectations we have around being perfect. She calls the other numbers ‘haunting,’ ‘hopeful,’ ‘joyful,’ and ’empowering.’ She believes the mix of movement and stories is a potent way to empower women to be able to express their feelings. ‘We all have power and we all have choices. It is possible to live a healthy life without giving up our power.’

While the theatrical production exhibited by TWS is not their biggest fundraiser – that distinction goes to the Chocolate and Wine Festival – ‘it is a big awareness raiser,’ said TWS Volunteer Coordinator, Erin Everett. May 1, 7 p.m. Purchase your tickets online now for this one-night-only production. $15 General Admission, Students $10. North Tahoe High School, 2945 Polaris Road, Tahoe City, tahoewomenservices.org, 775-298-0010.