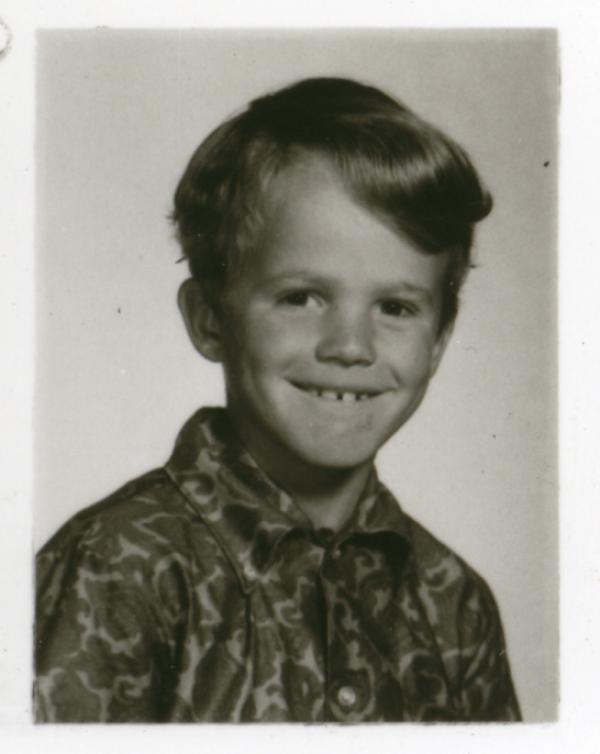 When you first entered Mrs. Heinke’s kindergarten class in the early 1960s, you were not immediately aware that you were being sentenced to nine years. Not that this was necessarily a bad thing: it was just that Tahoe Lake School was going to be a big part of your life for what seemed like forever, all the way until you were one of those really big kids…the 8th graders. But Mrs. Heinke was the nicest lady in the world, and you got to have graham crackers and milk, play the triangle and take naps.

Next up was Miss Bean in first grade. She looked to be at least 8 feet tall, but she was very sweet. Now known as Geri Lawson, Ms. Bean still lives in Tahoe City, and proudly sits right up front whenever her former student has a book signing.

The Tahoe Lake School principal was Mr. Smith. He always had a friendly smile and with his flashy crewcut he looked like Ed Sullivan. His able assistant was Mrs. Hoff, whose most important task, as far as we were concerned, was punching holes in your lunch card and letting you know that it was time to get five bucks from your parents because in a week or two you would be out of 35-cent lunches.

When I was in sixth grade, Mr. Turner, the seventh grade teacher, was diagnosed with bone cancer and had one of his legs removed. We were the first class after the surgery and, being as self-centered as kids are, we acted like it was no big deal that he was missing a leg. We actually thought it was kinda cool: we could be pinch runners for him during baseball games. I spoke to Ed Turner recently, and he said that our nonchalant attitude towards his lost leg helped him transition into his new one-legged life, since we certainly didn’t allow him to feel sorry for himself.

When you got to eighth grade you had reached the pinnacle of life at Tahoe Lake School. You were the top dog – the big cheese – and it was time for Mr. Steinhauser. The rules of survival in his class were simple: 1) If you had been out of your seat for more than 15 seconds, you had to remember to remove the sharp tacks that were usually taped there by one of your darling classmates before you sat back down. If it wasn’t a tack on your seat, you could count on glue of various varieties, well-used gum, or anything else our evils minds could come up with. 2) It was best to move your friend’s desk into the girls’ bathroom before he did it to you. You had to push it in and get back out quickly though, because girls congregated in there and giggled, designating it as a place of danger and mystery. 3) And most importantly, when Mr. Steinhauser threw an eraser or a metal ruler at you, you’d better duck. He could put some speed behind those puppies, and they could hurt. When it was time to show our reading skills, Mr. Steinhauser would have us come up to the front of class and read aloud from whatever book we were reading. We would of course pick the most salacious passage in ‘The Godfather’ or ‘Valley of the Dolls’ or some other forbidden book, so he would make us say ‘bleep’ every time there was an illicit word. It didn’t take us long to turn it into a game of He Who Reads the Most Bleeps Wins, and begin our search for the dirtiest books.

While chewing gum in line was punishable by death in the movie ‘Blazing Saddles,’ the penalty in Mr. Steinhauser’s class was even worse. If caught you had to put your chewed gum at the bottom of a line of used gum that was stuck to the chalkboard…and then take and chew the one on top. Today’s overzealous lawyers would have a field day with that one.

For the whole nine years of life at Tahoe Lake, what you most wanted to avoid were ‘swats.’ The paddling was the ultimate form of punishment saved for particularly egregious acts such as talking back to the teacher or just being a smart ass. Some of the teachers had special paddles with holes in them, and we thought they put in extra hours at the gym so they could build up those arm muscles, to better swing the paddle with maximum velocity.

By far the most important teacher for many of us at Tahoe Lake School was Mrs. Farr. As far as we could tell, Mrs. Farr had taught fourth and fifth grades at Tahoe Lake School for about a billion years. She always had this sour look on her face but wore these really cool aviator sunglasses. She knew everything about all the local trees and plants and about the Washoe Indians. I will always remember her colorful drawings of manzanita and Jeffrey pines and everything there was to know about the world’s greatest basket weaver, Dat So La Lee. Perhaps we remember it so well because she required us to take meticulous notes and make frequent forays out of the classroom and into the woods to look at plants. I also remember trips to museums to learn about our history and of course to see Dat So La Lee’s baskets.

For the lucky students that she liked – usually about 90 percent of the class –  Mrs. Farr was scary and intimidating, but taught you a lot of useful information. She did, however, have this uncanny ability to find the smarty-pants right at the beginning of the year. Then she spent the rest of the year trying to straighten them out. Fortunately my four older siblings had learned me humility, and properly warned me about staying on her good side, so I kept my mouth shut and got by just fine.

But a couple of my classmates were not so fortunate. I’m sure they remember Mrs. Farr better than the rest of us.

Watching my daughters go to Tahoe Lake School about 30 years later, I discovered what a changed place it has become. Now there are rules, regulations and all sorts of techniques of teaching. And while some of today’s teachers probably wish they still had them in their arsenal of tricks, swats are no longer allowed. But in many ways it’s the same. Education is still all about teachers trying to give students the tools they need to become successful in life. And guess what: they usually succeed.

~ Tim Hauserman spent a bunch of years in Tahoe Lake School. He’s sure he got learned good.