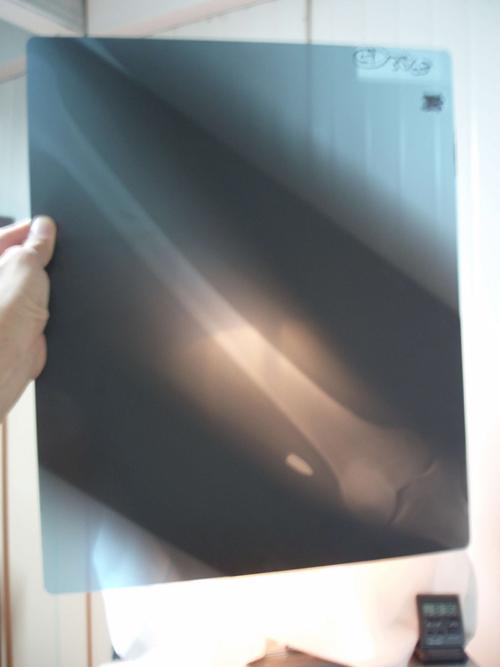 My oldest brother, Juan, has been living in Iraq for the past few years. He works for a company that contracts out with the military – the job pays well, and he’s relatively safe in the Green Zone.

But early in December, I got the call. While walking to work, he was struck by a stray bullet from an AK-47. It entered the front of his left leg and lodged itself next to his femur. He was okay, thank goodness, and already walking around on crutches. Because it would be difficult to extract the bullet, the doctors suggest leaving it inside his leg unless movement or feelings are affected. My father, a Navy doctor of 25 plus years, told my brother to make sure he gets a medical form to explain why he will now set off metal detectors in airports.

No one knows where the bullet came from – likely it was celebratory fire shot in the air and Juan happened to be in the exact spot this bullet fell back to earth. What if he had bent over to tie his shoe at that moment?

‘No matter how we protect ourselves, it’s still dangerous,’ Juan told me.

I called Juan late at night to check up on him and as I stood outside talking, I imagined that I had to be fearful that a bullet might fall from the sky. Of course, that fear would be ungrounded, but I am going to pretend that it isn’t. Why? I want to remember those men and women, Americans or otherwise, for whom the possibility is present everyday.

Message from the sky
Music

Message from the sky
Sports & Outdoors / Wellness
All Day

Message from the sky
Business