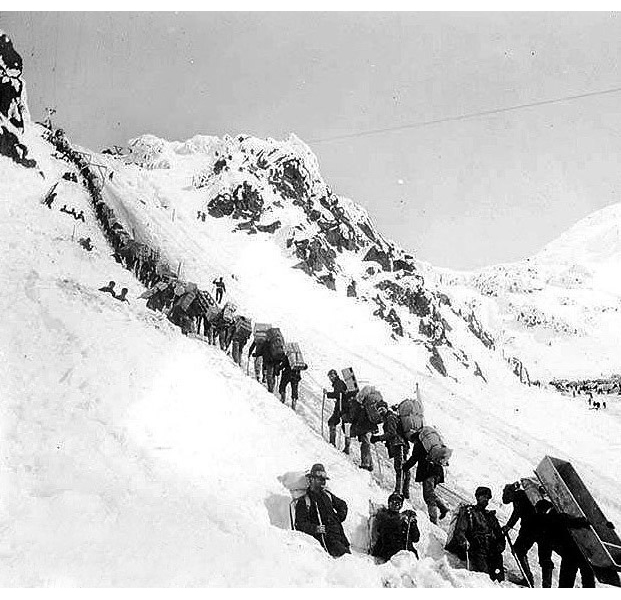 What do The Godfather: Part II, The Bodyguard, City of Angels, The Gold Rush, and Her have in common? They all have scenes filmed in Tahoe. Since moviemaking began in the early 20th century, filmmakers have flocked to Tahoe for its natural beauty and winter conditions. Attracting big name actors of the past such as Charlie Chaplin, Buster Keaton, Elizabeth Taylor, and Robert Mitchum, and today’s stars like Al Pacino, Nicolas Cage, Patricia Clarkson, and Ryan Reynolds, Tahoe as a backdrop has lured Hollywood for decades. But over the past 14 years, Tahoe, like the rest of California, suffered a dramatic drop in moviemaking as other states and countries began offering more attractive film incentives. With a new state law effective this summer that provides better tax breaks to studios, Tahoe’s film offices hope that moviemaking, and its related economic benefits, will return to Tahoe.

Filmmaking in Tahoe dates back to the 1920s with silent movies like Buster Keaton’s The Navigator and Charlie Chaplin’s The Gold Rush, released in 1924 and 1925 respectively. In The Navigator, which Keaton directed and starred in, Tahoe’s waters served as a stand-in for the sea off of Catalina Island, where underwater scenes were not possible due to poor visibility. Instead, the sequence was shot in the freezing waters of Lake Tahoe over a four-week period. According to author Rudi Blesh in the 1966 biography Keaton, “Buster could stay down only a few minutes at a time and then had to be hauled up and revived with straight bourbon … Arctic outfits — fur parkas and gloves — had to be requisitioned for the cameramen.” The Navigator proved to be Keaton’s biggest commercial success.

Keaton’ close friend Charlie Chaplin wrote, directed, and starred in The Gold Rush, in which Donner Summit doubled as Alaska. According to Placer-Lake Tahoe Film Office Director Beverly Lewis, Chaplin had the ice steps of the Yukon-Chilkoot Pass reproduced near Norden, then hired 600 hobos from Sacramento (who were paid with a free coat and meals) to walk up and down the steps all day to resemble Klondike prospectors. One critic called the scene “the most spectacular image of silent-film comedy.” The Gold Rush, which Chaplin said was the film he most wanted to be remembered by, received Academy Award nominations for Best Music and Best Sound Recording upon its re-release in 1942.

The next decade of Tahoe filmmaking is probably best known for Call of the Wild, released in 1935, and Rose Marie, out the following year. Like The Gold Rush, Tahoe stood in for Alaska in Call of the Wild, based on Jack London’s best-selling book. Set in the Canadian wilderness, the black-and-white musical Rose Marie was filmed in Tahoe at Chambers Lodge and Emerald Bay. The film was a huge success and became real-life couple Jeanette MacDonald and Nelson Eddy’s best-known film (Jimmy Stewart also starred in the film). Their duet of Indian Love Call was a major hit for the two singers, remaining a signature song throughout their careers.

The week before Valentine’s Day, the North Lake Tahoe Historical Society showcased three famous films made around the lake for the Romance in Tahoe film series at the Tahoe Art Haus & Cinema. In addition to the 1954 film Magnificent Obsession with Rock Hudson and Jane Wyman, the series included Out of the Past and A Place in the Sun — both on the Library of Congress’ National Film Registry, which has selected 25 of the most important American films annually since 1988. Out of the Past (1947), with Robert Mitchum, Jane Greer, and Kirk Douglas, is considered one of the greatest of all films noir. A Place in the Sun (1951), which features Tahoe as the fictional Loon Lake, starred Elizabeth Taylor and Montgomery Clift. It won six Academy Awards and the first Golden Globe Award for Best Picture.

“It’s a celebration of place,” said historical society Executive Director Rebecca Phipps of the film series. “It’s interesting to see movies that take place in Tahoe and how the rest of the world sees Tahoe … There is a romance surrounding Tahoe. You think of cuddling in a log cabin somewhere or being by a fireplace.”

Phipps believes the golden era of Tahoe moviemaking was from the 1930s to 1950s, and then again from the 1970s through the 1990s, which saw probably the most well-known Tahoe-made film, The Godfather: Part II. Directed by Francis Ford Coppola, this 1974 movie was shot at the summer estate of Henry J. Kaiser on the West Shore, now the Fleur du Lac condominiums. The only structures in the movie that still remain are the complex of stone boathouses and their wrought iron gates. The film won six Academy Awards including Best Actor for Al Pacino and Best Supporting Actor for Robert De Niro, and was the first sequel to win Best Picture. In 1993, it was added to the National Film Registry.

Bringing Moviemaking Back to California

Lewis of the Placer-Tahoe Film Office said that from the time she started in her position in 1998 until 2001, a major film was shot in Placer County every year. But that changed over the last 15 years when California, the birthplace of Hollywood and the movie industry, began hemorrhaging films out-of-state. California’s tax incentive program, with $90 million in tax breaks per year for movies with a budget of $10 million to $75 million issued through a lottery, couldn’t compete with the more than 40 states that created better tax incentive programs. New York offers a $420 million tax credit, and Louisiana, now the moviemaking capital of the world, has no cap on budgets.

“The studios could only submit movies in the $10 million to $65 million range [which includes a $10,000 cushion in case the film exceeds budget], and there were no films on the slate to make with that budget,” said Lewis, noting that most blockbusters, like Ironman, have a budget of $100 million to $300 million, meaning they don’t qualify for the California tax credit. “It’s too expensive to make their money back to pay for costs.”

But Lewis is hopeful that the tide is turning for moviemaking in California. In September, Gov. Jerry Brown signed the Film and Television Job Creation and Retention Act that, starting July 1, raises tax incentives to $330 million per year for films with any budget over $1 million, and does away with the lottery. The best part, Lewis said, is the new 5 percent additional tax credit for movies shot outside of the LA area.

“It’s a big deal when [production companies] come to town,” said Troy Caldwell, owner of White Wolf in Alpine Meadows, who sees around 10 productions filmed per year on his property, including the most expensive commercial (at the time) for Sony BluRay. “They spend a whole bunch of dollars. It’s a good moneymaker for the whole community.”

Cindy Streepey, owner of A Santé Lakeside Fitness in Tahoe City, can attest to that. When The Last Weekend was shot at the Dolby Estate on the West Shore in 2013 — in the same house where A Place in the Sun was filmed 60 years earlier — she had around 20 members of the film crew join her gym. “It created that many more members,” she said.

“They really supported our community while they were here. Be it getting coffee from Robin [at the Coffee Connexion] or working out or staying at the hotel across the street.”
The El Dorado Lake Tahoe Film & Media Office has even created a self-guided tour of movie locations in South Lake and the rest of the county. There are currently 30 locations on the tour. “We have tourists coming all the time and asking for the guide,” said Kathleen Dodge, film office executive director.

However, the lack of snow in Tahoe could counter some of these positive developments. Lewis lost two productions set to film in Squaw Valley and Donner Summit in January because there wasn’t enough snow, and Caldwell had an American Express commercial scheduled to air during the Oscars move to Telluride, Colo.
Nevertheless, Tahoe’s film offices remain hopeful about the future of moviemaking at Big Blue.

Dodge quotes one of the most famous movie lines in film history to make her point: “If you get the right film then it’s like, ‘If you build it they will come.’”

The El Dorado Lake Tahoe Film & Media Office is hosting a film industry mixer on March 13 from 4 to 8 p.m. at the El Dorado County Fairgrounds in Placerville. The event is free and open to the public. Info: filmtahoe.com