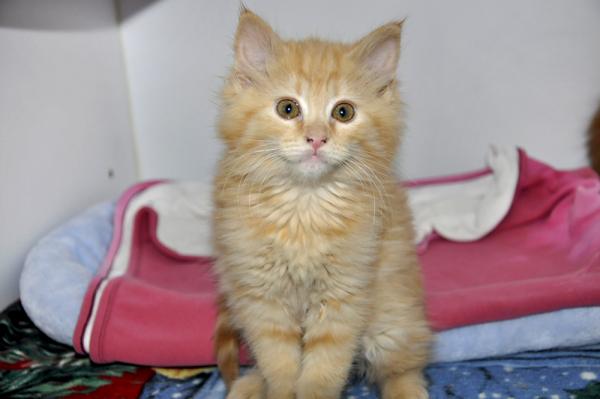 It’s now June and the little person in my house keeps asking, ‘When is it going to be spring?’ ‘We are skipping spring this year’ is often the reply. When it snows in June is that the start of next winter? How about July? What is the cutoff? Are the floats in the Fourth of July parade going to be required to have chains and snow tires? It’s nice to wake up over Memorial Day weekend to 6 inches of snow, but we are out of firewood. We are out of scrap wood. I think we have a few wooden chairs that we don’t need. I never sit in them. I’m getting old, and it’s been cold at night. I’m real close to getting one of those silly dog jackets put on me and I don’t think I can take the humiliation. Warm up soon, please. ‘

It’s plenty warm over at the shelter. Kitten season is just beginning. Every spring we see an increase in kittens. Apparently, the longer days lead to boredom, which leads to mischief and voila! — kitten season. The Humane Society of Truckee-Tahoe has already received its first shipments from the kitten fairy, with kittens in all shapes, sizes, and colors. First I met Ken and Barbie, who were found on a snowy day outside a barn in Sierra County. Without the help of a good samaritan who found the cats and alerted animal control, they might not have made it. Now Ken and Barbie need your help. Ken is the darker of the two kittens. He likes to get rowdy while Barbie is content to lie around the warm bed and swat at Ken when he rambles by. Barbie prefers ‘The Real Housewives of Orange County’ while Ken is more of an ‘Ultimate Fighter’ kind of guy. Barbie would love to take a sick day from work with you and cuddle in the bed and eat bonbons. Ken would skip work to go snowboarding. Either way they are sweet cats.’ ‘

Upstairs from Barbie and Ken are Amy, Andy, Athena, and Avalon, also known as the A-Team. They are all about 10 weeks old and ready to move in with you. The four of them are either lounging in a giant cuddle puddle or steel cage wrestling at full speed. Someone adopt these kittens! I think the older cats are starting to get annoyed.

Altogether, six litters of kittens were turned in this week. Some are at the shelter, but most are in foster homes. Without great folks opening up their homes to these cats, the humane society could not care for them all. And there are more on the way. ‘

Don’t forget to visit HSTT every Saturday from noon until 2 p.m. for adoption days. Besides being overrun with kittens, the shelter also has plenty of great dogs looking for homes. I’m kind of partial to a speckled pointer mix named Rascal. We had a great weekend at Safeway recently with six combined adoptions. Let’s keep it up. For more info visit hstt.org.