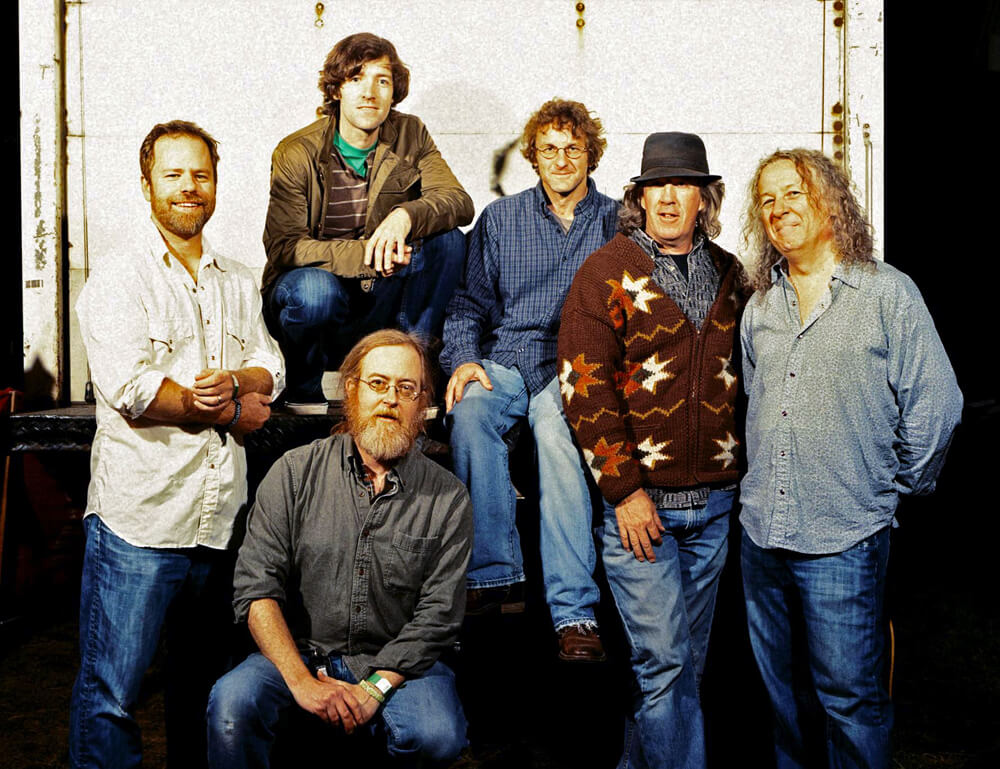 For many folks in the Tahoe Basin, Halloween is a big deal. While numerous local joints host Halloween shindigs, there’s a great out-of-town festival that has been gaining momentum over the past couple of years.
In its second year, the Hangtown Halloween Ball, hosted by Railroad Earth, will be rocking the El Dorado Fairgrounds in Placerville with an eclectic lineup featuring three nights of music from Railroad Earth, Delta Spirit, Karl Denson’s Tiny Universe: Tribute to the Beastie Boys, The Del McCoury Band, Blind Pilot, ALO, Keller Williams, Nicki Bluhm & The Gramblers, Infamous Stringdusters, Emmitt-Nershi Band, Greensky Bluegrass, Orgone, Dead Winter Carpenters, and more.

I caught up with Railroad Earth’s mandolin player, John Skehan, to get some firsthand info on the festival.

Moonshine Ink: What’s it like having your own festival?

John Skehan: Last year we partnered with Lake Tahoe concert promoter, Pet Projekt. They approached us about throwing a festival and we said, ‘How about making it a Railroad Earth event and try making it an annual thing?’ For a first-year event, it came off remarkably well. It’s a great site and everyone had a great time.

MI: Do you feel that there’s a certain point in a band’s career when throwing your own festival is possible?

JS: That’s what we are trying to find out. It’s always difficult to get a festival up and running, and it usually takes a while. In its first year it went remarkably well. We hope it’s even bigger and better this year. Halloween is a special time. We were really lucky to have a lot of people pitch in and turn the site in Hangtown-Placerville into something that had a great vibe. We had a bunch of art installations. They built a ghost train that was illuminated and had smoke coming out of it. There was a space ship on a zip line and some really cool portals that led into and out of festival grounds.

MI: Why did you choose Halloween?

JS: It’s always a fun time to put on a show. The guys at Pet Projekt suggested the date. Placerville is Hangtown and it fit the Halloween vibe. It really has a bit of that Old West vibe and feeling. It gives us a chance to do some new things. Last year, there weren’t any bands on main stage Friday night, so we found an old silent movie and did our version of the soundtrack. We chose “Nosferatu,” the classic German interpretation of “Dracula” from 1922. It was a trip both fun and challenging. We did it live as the film rolled by. I thought it was great that people really got into it, especially on the first night of a festival. It really fit the Halloween spirit. The old silent films didn’t have a score and every movie house would have a piano/organ player improvising the music to go along with the film. We took that approach.

MI: Does the band have anything to do with choosing the festival lineup? Will there be a lot of onstage collaboration between bands?

JS: A little bit. This year we joined forces with Roy Carter of High Sierra Music Festival in selecting a lineup. We are really honored to have Del McCoury. Del is one of my heroes. Typically, it depends on who’s there. Last year we had workshops from morning meditation to carving pumpkins with power tools. There will be lots of activities and lots of onstage collaboration. Last year we played with Billy Kreutzmann of the Grateful Dead. That was a first.

MI: What can festival-goers expect from both Hangtown Halloween and three nights from Railroad Earth?

JS: It’s a really nice secluded spot, yet it’s not far from the highway. It’s really comfortable if people need to duck out and get supplies. It’s not like you’re completely isolated in the middle of nowhere. There’s great access to historic Placerville. We hope to make it fun for grown ups and families. This year there will be a far more extensive music lineup and lots of unique workshops and activities. Karl Denson will be there doing a tribute to the Beastie Boys.

MI: Has there ever been a Halloween costume that you’ve seen from stage that’s either freaked you out or made you laugh out loud?

JS: Last year we were all laughing out loud. It’s hard as a band to keep changing on stage. But the second night of last year’s Hangtown, we came out on stage and noticed a bunch of people wearing masks. Someone from the audience had made masks of us and 50 people in the audience were dressed up as us. It was really trippy when we realized that it was our own faces staring back at us. We were all cracking up for the first three songs of the set. It was a heart-warming yet bizarre prank.

GET OUT & GO: Hangtown Halloween
Community

GET OUT & GO: Hangtown Halloween
Sports & Outdoors
All Day