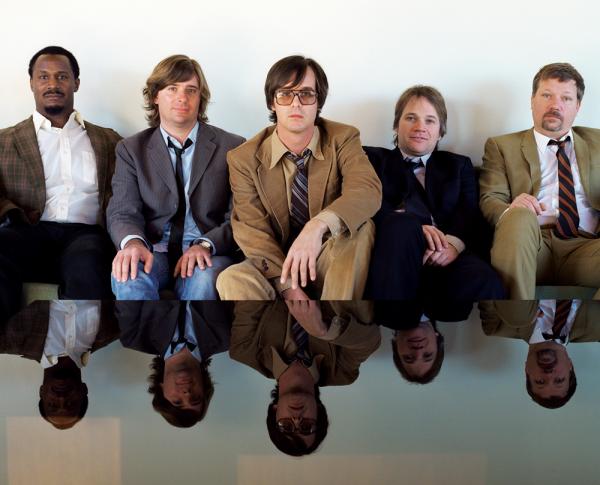 To create an all-star lineup, the players must possess more than a few superstar qualities. Compatibility, passion, and talent are central to producing genuine chemistry. The ability to progress individually and as a collective, while maintaining an element of humility, are the secret ingredients.

Greyboy Allstars are familiar with the aforementioned phenomena, and have been standing strong as a group for close to 15 years.

After an immensely successful year touring in 2007, Karl Denson, Elgin Park, Robert Walter, Chris Stillwell, and Aaron Redfield decided it was time to give the fans a little treat in return for all of their support. The release of ‘What Happened to Television?’ – the Greyboy Allstars’ first album in a decade – has been well received by fans, and highly revered by the musical community. What sets this particular album apart from the others is the manner in which it was conceived and recorded. In one week’s time the guys wrote and recorded the album totally live with few edits, using no computers and without any individual preconceived thoughts on song selection and overall composition.

I got a chance to interview bassist Chris Stillwell in late February. He was excited and slightly relieved by the reviews of fans. ‘When we try and make our output soulful and funky, and the fans agree, that it IS funky, well, then we did our job. It would hurt somethin’ awful if they called it watered down and lame.’

Capturing the live spontaneity, brilliance, soul and funk tantalizes the ears of a dedicated music lover no matter the genre. Then, for the Greyboy Allstars to produce such a stellar end result through the old-fashioned method of cutting tape by hand – that’s an achievement in itself.

‘When you don’t have much time to think about what you’re doing, you tend to rely on your instinct and past musical experiences to get you through. You don’t have time to ask yourself, ‘am I playing good?’ or ‘am I funky?’ There’s something cool about the whole experience of not having songs written. I’m sure it wouldn’t happen smoothly every time we tried it. Luckily (this time) it did,’ Stillwell said.

In fact, he said What Happened to Television? turned out to be the most rewarding and exciting recording experience he has ever had.

‘There were many moments right after a take where you just knew it was the one to keep. We would look at one another and try not to make any noise with our mouths or instruments. The overdub process was always a fun thing, and once the hardest part of getting a basic track was over, we were able to put some icing on it,’ Stillwell said.

With a two-day stop at one of Tahoe’s premiere venues, The Crystal Bay Club and Casino, fans can experience two nights of soulful funk mixed with fresh material and old-school Greyboy classics.

‘Since we are doing two shows, we always make the attempt to not repeat songs. Our basic set list will normally follow a pattern of shorter compact stuff in the beginning, to some stretching out towards the middle, and then try and end with a bang. Attention is paid to keeping songs with similar feels, tempos, and keys separate from each other,’ Stillwell said. ‘That and keeping Elgin’s guitar changing limited to every three or four songs.’

After San Francisco shows, the Greyboy Allstars will hit Tahoe in the early days of their spring tour, and our quaint yet explosively vibrant community provides a pleasant sense of familiarity for the band.

On top of laying down live, truly talented tracks and touring the country together, the guys of Greyboy enjoy simply kicking back and sharing laughs over dinner, whether it be takeout or the stylistic delicious creations of keyboardist Robert Walter or Stillwell himself.

Greyboy Allstars often surround themselves with musical genius through either the combination of each other or the influences of musician idols and a circle of simply great performers.

‘The circle of great musicians that inhabit our scene is always inspiring. Once in a while, an opening act will make an impression. I’m more attuned to what my peers are playing than some big label act or some obscure Indie band,’ Stillwell said.

Over the years Stillwell has shared some magical memorable moments. ‘Getting to actually play with many of the musicians we idolized and learned from was probably the biggest highlight for me personally. A lot of those guys are still out there playing. Just last January, we got to play with Grant Green Jr., whose father is right at the top of soul/jazz guitarists during the ‘60s and ‘70s. Grant Jr. himself is a great player and a great hang,’ he said.

Whether playing with idols or merely participating in a jam session, Greyboy Allstars keep fans loyal and coming back for more.