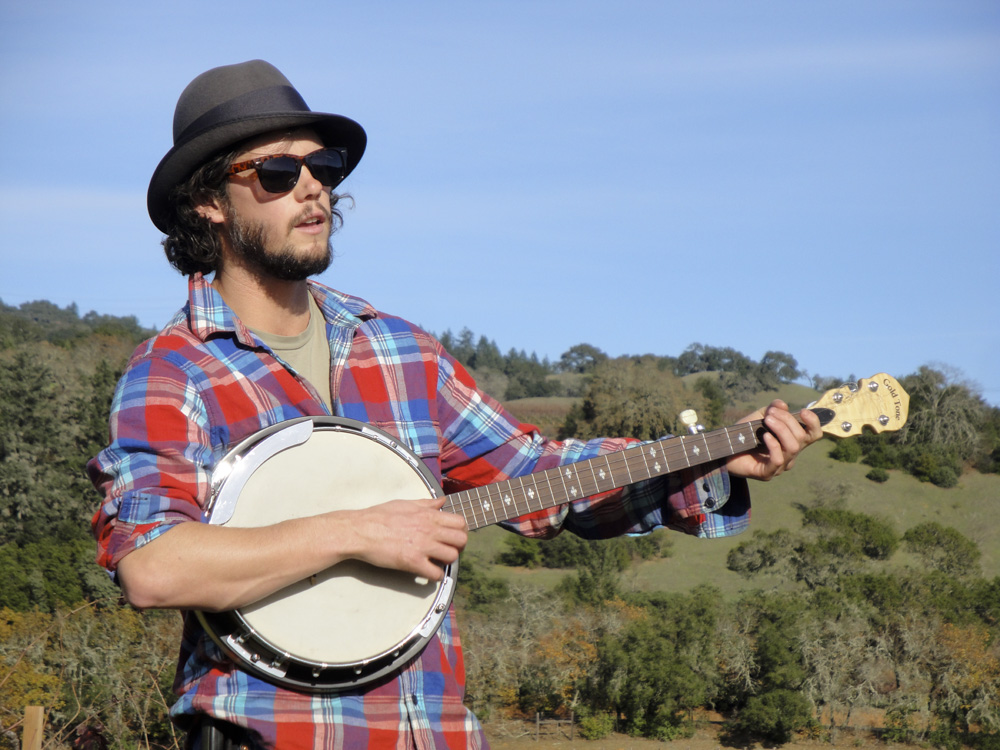 Bluegrass and the mountains go together like New Orleans and jazz. Images of campfires and dingy saloons hitchhike along with thoughts of mountain life, and if you really ruminate on it you can hear a soundtrack heavy with diverse strings and storytelling lyrics.  Tahoe’s bluegrass community is gearing up for an exciting month of March, packed full of events to get boots stomping.

The Vail-based festival, WinterWonderGrass, comes to Squaw Valley March 20 to 22, bringing a powerhouse lineup of some of the most recognized bands in the genre. The festival kicks off every day at 2:30 p.m. with performances on three different stages until the main events end at 10 p.m., and the afterparties begin.

“There’s a vibe that comes with bluegrass music: it’s fun and dancey and positive. That’s the kind of person the mountains attract as well,” said Jennifer Brazill of Bonfire Entertainment, the company behind WinterWonderGrass and South Lake’s SnowGlobe festival. “The connectivity between bluegrass and the mountain lifestyle is very synergistic.”

Tahoe local, bluegrass fanatic, and banjo player Kurt Beckering has also organized a month’s worth of musical events. Keep Tahoe Bluegrass features workshops, jams, and performances every Sunday in March at Moe’s Original BBQ in Tahoe City. Beckering put on similar events in the past, and with this year’s collaborations with Moe’s and WinterWonderGrass, March looked like the ideal time to celebrate and share bluegrass.

“Bluegrass is all about traditions of songs passed down over generations,” Beckering said, whose band No Deal is playing late-night sets at the Auld Dubliner March 19 to 22. “With the workshops and the jam I want people to feel like they’re part of something. In bluegrass circles people are genuinely trying to share in the musical conversation. Having more people jam multiplies that musical energy.”

In honor of the rising popularity of bluegrass and its eternal home in the mountains, we connected with local musicians to talk about why they appreciate bluegrass and which shows not to miss.

Hillbilly Jazz for the Masses

I was sitting in the picking circle at a Boulder-based brewery when mandolinist extraordinaire Jeff Austin sat down next me. I knew I had to bring it, so when it was my turn to solo I finished off my moonshine and let her rip. Jeff hollered in encouragement before picking up where I left off. We spent the rest of the night buying each other beers and singing harmonies.

This inherent sense of camaraderie continues to draw young and old to the bluegrass tradition; one created through a shared cultural heritage and love of campfires, homemade music, and a little whiskey. While some bluegrass songs are simple, others can be incredibly complex. Bluegrass can take a day to learn and a lifetime to master.

The bands performing at WinterWonderGrass draw from traditional music while pushing the frontiers of acoustic instrumentation. Greensky Bluegrass can take a 400-year-old folk reel and turn it into a psychedelic journey, while Elephant Revival’s ethereal harmonies and songwriting harken to the past while creating something totally new.

There’s nothing wrong with sharing a few drinks and playing music with friends and family. It brings us together and provides individuals the opportunity to improve their craft. As a local band that loves to share bluegrass, we are honored to be playing a free WinterWonderGrass afterparty show at 10 p.m. on Saturday at Rocker. If bluegrass legend Sam Bush decides he wants to sit in for a few, you know we’ll be buying.

From the Main Stage

I was raised on country and bluegrass music, and they have always been staples in my life. To me, bluegrass is a storytelling vessel that uses that high, lonesome sound of a complex field holler voice accompanied by acoustic instruments, usually fiddles and banjos, played in their most simplistic form. It seems people all over the globe are returning to acoustic roots music.

We are honored to play with such great players and to be part of WinterWonderGrass Tahoe, such a unique event right in our own backyard. Over the years, we have forged relationships with these bands and we love hooking back up with them, catching up, and jamming together. That is what makes festivals so fun for the musicians and the fans.

If we had to say what bands not to miss, pick the ones you’ve never seen before. Paige Anderson and the Fearless Kin (a family bluegrass band from Grass Valley), Tyler Grant (flatpicking guitar champion from Colorado), and Fruition (harmony driven folk rock from Portland) are fantastic places to start…assuming you saw Front Country and T Sisters open for us at the Crystal Bay Club in December. We’ll definitely be checking out some afterparty fun throughout the weekend. On the note of afterparties, I’m so grateful Kurt Beckering has dedicated the month of March to Keep Tahoe Bluegrass. The workshops will be superb with many of the best musicians and songwriters in the area participating and jamming. Hope to see you out there!

Keeping Tabs on the Scene

Growing up in Michigan, the home state of WinterWonderGrass headliners Greensky Bluegrass, I learned to appreciate bluegrass for its ability to get people dancing. A form of traditional Appalachian music, bluegrass finds its roots in Irish, Scottish, and English styles. Its characteristically driving train beat draws in fans with rhythms reminiscent of the California Zephyr barreling down the tracks.

The genre’s popularity has recently grown in our local scene along with Americana, folk, and singer-songwriter styles. I’ve seen more students looking to study banjo, flatpicking guitar, fiddle, and mandolin at Split Rock Music. Bluegrass is great for learning because the songs tend to be straightforward and accessible.

For me, the standout group at WinterWonderGrass doesn’t play bluegrass at all. The California Honeydrops will compliment the festival with its unique blend of soul, Delta blues, R&B, and New Orleans second-line styles. Frontman Lech Wierzynkski’s stage presence is unpredictably captivating, and his musical connection with percussionist Ben Malament is integral to the band’s sound. Keep your eyes on these guys in years to come.