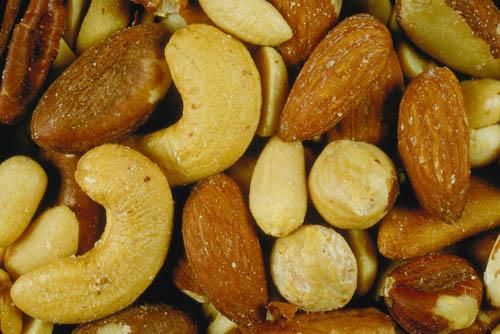 Fifty years ago, researchers were baffled to discover that Mediterranean people, despite eating a high-fat diet, had a remarkably low incidence of heart disease. Now, half a century later, the ‘Mediterranean Diet’ is being endorsed as one of the best – and easiest – ways to prevent heart disease, stroke, Alzheimer’s disease and cancer.

The Mediterranean diet is not a weight loss plan. In fact, it’s more of a lifestyle. It is based on the culinary choices and living habits of cultures in the warmer Mediterranean regions of Greece, southern Italy, southern France, Spain and parts of the Middle East.

Forming the basis of the diet are whole grains, nuts, legumes, plenty of fruits and vegetables, and small amounts of yogurt and cheese. Fish, poultry and eggs are eaten in moderation, and red meat, rarely. The primary source of fat is olive oil – in fact, butter and margarine are rare or absent. Wine is enjoyed in moderation.

But food is only part of the equation. Traditional Mediterranean cultures tend to engage in more physical activity, like walking, cycling and manual labor. Social bonds are also important, with mealtimes centering around family and friends.
But not every country bordering the Mediterranean eats a heart-healthy diet. Northern French and Italians, as well as much of the rest of Europe, rely more on red meat and saturated fats (think Fettuccini Alfredo). And even the southern Mediterraneans don’t eat nearly as well as they did 50 years ago.

But the evidence for eating like a traditional Greek is convincing. In the Lyon Diet Heart Study, 600 patients who had survived a heart attack were placed on the Mediterranean diet. After four years, their risk of death decreased by 55 percent and risk of a recurrent heart attack decreased by 50 to 70 percent.

Surprisingly, the Mediterranean diet has been shown to reduce the risk of cardiovascular disease better than the low-fat diet recommended by the American Heart Association. Here’s a look at the various components of the traditional Mediterranean diet and how each can benefit your health.

Olive oil contains primarily monounsaturated fats, which lower bad (LDL) cholesterol without changing good (HDL) cholesterol. Olive oil also contains squalenes, which are believed to slow the growth of cancer cells.
Extra virgin olive oil is the most expensive variety, but comes from the first pressing of the olives and therefore retains more flavor and antioxidants than other varieties. Olive oil loses its flavor and antioxidants after about 12 months, so buy it in quantities you’re likely to use within a year, and store it in a cool dark place.

Use olive oil on salads, toss with pasta, add to soups and baked dishes, or use as a dip for bread.
Nuts are a great source of fiber, protein, minerals, vitamin E and monounsaturated fats. Walnuts, in particular, are high in an Omega-3 fatty acid called alpha linolenic acid, or ALA.

In one study involving more than 43,000 males, an increase in ALA was found to lower heart attack risk by 60 percent. And Spanish researchers found that walnuts prevented inflammation and improved dilation of blood vessels when eaten with a high-fat meal. Though nuts are high in calories, it only takes a small handful a day to confer benefits.

Whole grains retain the outer bran layer and the inner germ of the grain. The bran is high in fiber, which is important for the intestinal tract. It can also help you feel full, which may be why some people lose weight eating the Mediterranean diet.
The germ contains important vitamins and minerals. Look for ‘100 percent whole grain’ as the first ingredient in breads, pastas, cereals and other grain products.

Legumes, like beans, lentils and chickpeas, are a good source of protein, fiber, vitamins, minerals and heart-healthy flavanoids. Add them to salads, stews, or chilis.

Dairy. In warm climates that traditionally did not have refrigeration, cultured cheese and yogurt were more prevalent than milk, which tended to spoil. Traditional Mediterranean yogurt (sold in our country as ‘Greek-style’ yogurt) contains active cultures of beneficial bacteria and is usually more tart than American versions.

Unfortunately, much of the yogurt available in our country is heavily sugared, full of additives, and may not contain active cultures. Look for organic yogurt that is free of hormones and contains live bacteria.
Protein for Mediterranean people consists of fish, beans and, occasionally, poultry. Oily, cold-water fish contains Omega-3 fats called EPA and DHA, which protect the heart, fight inflammation and boost immune function. Red meat, particularly processed meat like bacon, has been associated with an increased risk of cancer.

Fruits and veggies. The American Cancer Society says that ‘the single most important step most people can take to lower their cancer risk is to eat more fruits and vegetables.’ That statement is based on evidence that the phytochemicals in fruits and vegetables prevent tumor formation, keep carcinogens from invading cell walls, and boost enzymes that neutralize carcinogens. Look for ways to add fruits or veggies to every meal. Eat a rainbow of colors to ensure you’re getting a variety of phytochemicals.

Desserts and sweets. Traditional Mediterranean people generally ate little refined sugar, but enjoyed desserts on holidays and special occasions. If you like dessert, look for options that center around fruit, like berries with yogurt, or baked apples.

Wine. Doctors are reluctant to endorse the health benefits of alcohol for fear that people will use it as an excuse to indulge. But alcohol in moderation (one drink per day for women, two for men) has been shown to be heart protective.
Red wine, in particular, contains powerful antioxidants. If you don’t drink, you can get these same antioxidants from purple grape juice.

Doctors generally recommend that if you don’t already drink, don’t start. But if you already enjoy alcohol, it’s O.K. to continue moderate consumption. Anything greater than one drink per day for women and two for men not only negates the benefits, but becomes harmful. For women, even one drink per day may increase breast cancer risk.
Physical activity. Our lifestyles are no longer based on walking, farming and doing manual labor, but our bodies still need to move. If you don’t already get exercise most days of the week, you know what to do.

Social bonds. Family mealtimes are important in so many ways. Research shows that the more a family eats together, the less likely the kids are to do drugs, smoke, develop eating disorders and get depressed. They’ll also eat healthier, do better in school, and delay having sex. Who would ever guess that gathering around a meal could accomplish so much?

But between sports, music and other valuable activities, it’s hard to find time for sit-down dinners. Still, schedule them as often as you can, and turn off the TV while you eat.

If you live alone, make a point of getting together with friends. So much of the Mediterranean people’s enjoyment of food comes from savoring the flavors and sharing meals with other people.