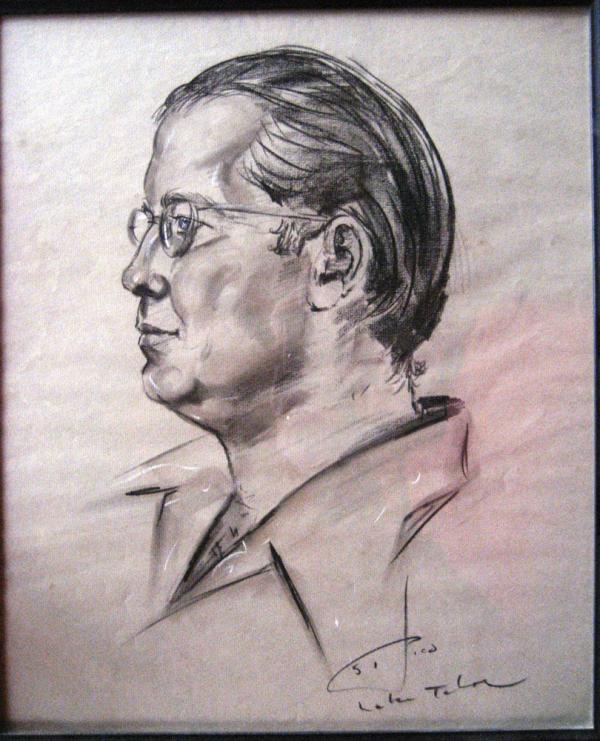 A ‘Bert Anderson’ is the quintessential Old Tahoe cabin with pecky cedar or shiplap siding, rock fireplaces, unique square windows, and deck railings with cut-out tree designs. For many, they are the classic Old Tahoe homes. Having sold a few of these charming homes in my 20 years as a real estate agent, I jumped at the chance to learn more about the builder, especially when I discovered that the Gary Anderson I had known for several years was his only child.

Bert Anderson began his building career in the early 1940s by purchasing 135 acres along Ward Creek on Tahoe’s West Shore. It was purchased from Fred Kilner for $13,500 (Kilner kept a small piece of land, which would later become Kilner Park).

Anderson quickly set to work creating what would become the Pineland and Ward Creek subdivisions.

He began by building six homes in 1946 that he called Wonder Homes. While the lots on the creek initially sold for $750, you only had to pay $1,200 for the house and lot.

‘He tried to reduce what he paid for everything and it was reflected in the prices of his homes, which were absurdly low compared to others,’ said Gary.

Finding inexpensive building materials was a real challenge just after WWII, so Anderson devised a machine to make his own shingles and developed the use of pecky cedar because it was cheap and available. He found surplus railroad snowshed wood and used it to build decks. He would prefabricate portions of the house in the winter so he could put them together in just a few weeks in the summer.

The cabins were designed for summer use only. Anderson didn’t believe that anybody would be crazy enough to want to live in Tahoe in the winter. While he never made it past eighth grade, Anderson was a true ‘MacGyver’ —  he could figure out whatever needed to be done, and then just do it. He was his own architect, engineer, excavator, road builder, mason, and carpenter.

‘He effectively gave everybody a lifetime guarantee when they purchased a home,’ said Gary. ‘If anything ever went wrong, he would fix it.’

Gary says that his father believed that children should get a chance to do things for themselves, even at an early age. When he was eight, his father taught him how to use black powder to blow up wood as part of making shingles, and soon after he taught him how to drive.

‘I couldn’t reach the pedals, but I could steer and change gears,’ Gary said. ‘He jumped out of the car and said ‘see you at home.’ I brought it down in front of the house and thought that if I turned off the key perhaps that would stop it. It worked.’

At about age 12, Gary was big enough to start driving a tractor, a dump truck, and a cement mixer, and was sent to work building the roads for the development. One day when Gary was about 14, a friend told him, ‘My dad [who happened to be a local CHP officer] says you should really get your driving license since you have been driving that cement mixer all over town.’

‘My dad loved dynamite,’ Gary says. One day his father set to work getting rid of a recalcitrant stump. Ten sticks didn’t work. Twenty didn’t work. So Anderson put the rest of the box in the hole. There was no sign of the stump after it went off. Later driving down the road he saw a hole in the window of a nearby house. The stump had flown through the roof and come out the window.

‘He repaired the roof and put in the window before the owner came back,’ Gary says.

In the early 1950s, Anderson decided he wanted to provide an opportunity for social get-togethers so he created the Pineland Bowl at the end of Pineland Drive. It had log benches in a bowl-shaped area, a fire pit, and a small building enclosing a piano, used by Anderson’s sister to give regular concerts. Anderson also organized a Labor Day extravaganza with singing, card games, and a competition to see who could use magnets to fish out the most tin cans from Fanny Bridge.

In addition to Pineland and a portion of Timberland, Anderson also created what would become the lakefront development of Sierra Terrace just outside of Tahoe City. Eventually, he built over 100 homes at Tahoe. When building restrictions and planning agencies arrived, however, Anderson lost his desire to build in the area. My dad felt that the ‘sewer would be the death of Tahoe,’ Gary says.Before sewer lines were installed everybody had to have at least a half-acre lot to allow the septic system to filter out the sewage. He believed that sewers would give rise to the development of lots of condos.

In 1968, Anderson began spending most of his time in Hawaii. He died in 1979. Gary says that his father’s biggest contribution was that ‘he tried to make Tahoe affordable for everybody.’

~ Tim Hauserman was raised on the West Shore of Lake Tahoe. He is interested in finding one of those $1,200 Wonder Homes, or even the deluxe $2,250 variety.