Home Columns Real Rentals In for the Long Haul

When short-term rentals in the region were shut down in mid-March due to the COVID-19 pandemic, those around the area looking for housing were left wondering: Did homeowners switch from renting their homes short term to making them available for long-term rental? The answer, as reported in the June issue of Moonshine Ink, is that while some homeowners did, most did not. However, the pandemic brought with it a whole different, perhaps unforeseen, counter trend: Since employees of the Bay Area’s tech companies can now work remotely for the foreseeable future, some have decided that now is the time to rent or buy a house and move to the Tahoe/Truckee region.

Harry Chapman has been vacation renting his cabin on Tahoe’s West Shore for 15 years. After the STR rental restrictions went into effect, he rented his home for a month to a person whose ski lease had expired but the renter wanted to stay in Tahoe.

“We like having someone up there when we are not there, so we don’t have to worry about the house,” Chapman said. He plans to use the house himself for three weeks in August, but otherwise, as soon as the restrictions were lifted June 12, it quickly booked up with short-term renters through September.

Jim Plumbridge of Wells and Bennett Realtors in Tahoe City said after STRs were curtailed, “I had 10 to 15 homes going to three- to four-month leases, but none are going to long-term rental.” He also received a substantial number of inquiries for month-long rentals like Chapman’s situation, allowed under the restrictions. Some folks who were in ski leases at the time of the stay-at-home order extended their stays past the end of the lease.

Now that short-stay rentals have opened, “We are going crazy; 20 reservations a day,” Plumbridge said. “Just like a normal summer.”

A few weeks into the shutdown, Kai Frolich, co-founder and chief impact officer of Landing Locals, an organization focusing on connecting homeowners and locals with long-term housing, began getting a lot of calls from homeowners looking for an alternative to short-term rentals.

“Some of the homeowners we were hearing from were primarily focused on short-term rentals, but since they were not sure how long the lockdown would last, they needed to find a way to make some money, get a sure bet,” Frolich said.

“All of these rentals were not in the pipeline before the virus,” said Frolich. She was encouraged also that some homeowners expressed a desire to use their houses themselves during the summer but were considering renting them out long term in the fall.

There’s no denying a shift. “Our community is changing faster than I’ve ever seen in the past month,” said Seana Doherty, Truckee’s housing director. “Once tech companies decided to work full time remotely, coming up here looks really appealing. It’s cheap compared to the Bay Area, and they can go mountain biking at lunch.”

“It’s been really long days ever since, with no signs of it slowing down,” she said. “I’ve been in the business for 17 years and never experienced anything like this. Every deal now has multiple offers. We are seeing houses in Tahoe Donner with 15 offers on them.”

Who are the buyers? Folks who are working out of their homes remotely who want to live in the mountains.

“They are saying, ‘This is an opportunity to cash in on a dream I always wanted,’” Evans said. “They have a really high level of appreciation for spending time here and are so grateful to be in this place.”

In addition to those who are buying right now, there has also been a recent influx of people from out of the area who have rented homes for six to 12 months. They are using the time to decide whether they want to live here, and perhaps sell their current home before competing in the hot Tahoe/Truckee real estate market. A number of people interviewed agreed on one thing: Since many of these potential transplants are now working remotely, an issue that could be a deal-breaker for those considering relocating to these parts is the spotty internet and cell phone service often found in the Tahoe/Truckee region.

While an expanding sales and rental market may be discouraging to those seeking long-term workforce housing, Tahoe Truckee Community Foundation CEO Stacy Caldwell does see signs of optimism. The Mountain Housing Council (a branch of TTCF) is a partnership which includes 29 local public agencies and private groups. The foundation is just finishing its first three-year initiative to produce more achievable housing in the region. Over those three years, more than $52 million has been spent on achievable housing, with over 400 units completed or under construction. Additionally, 250-plus more units are on the horizon, meaning that either plans have been submitted or a particular project is in the pre-submittal stage.

“This is the first collaboration of a regional scale that we have pulled together,” said Caldwell. “We have public agencies at the table that have built this new muscle and work beautifully together.”

She is optimistic that this collaboration will continue at least for the next three years, with a Mountain Housing Council meeting on July 17 during which that process will begin. With the events of the last few months illustrating that the world can move in mysterious ways very quickly, Caldwell said that the next initiative for the housing council “might be different, nimble, and responsive.” 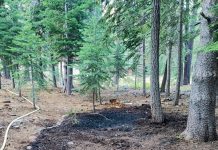 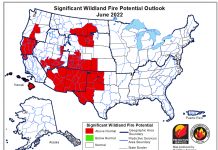 In for the Long Haul
Education

In for the Long Haul
Community

In for the Long Haul
Wellness