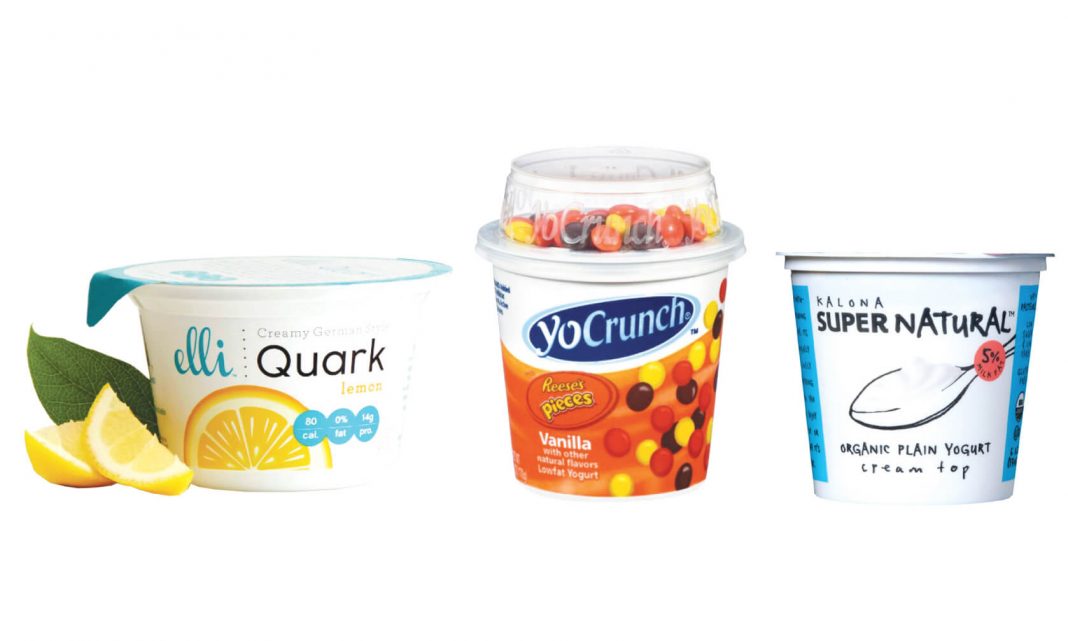 The yogurt aisle used to be a pretty straightforward place, offering a handful of flavors and a choice of nonfat, low-fat, or whole milk yogurt.

“Creamy” sounds yummy, but should you buy creamline, cream top, or extra creamy? Is stevia better than sugar? And what the heck is erythritol?

Most yogurts are marketed to appear healthier than they really are. To find a quality product, here are some things you should know:

Yogurt is made by culturing milk with bacterial strains. It’s these bacteria that act as probiotics, helping maintain — or restore — a healthy balance of microbes in the gut.

Yogurts vary in their species of bacteria, as well as the overall count of individual organisms. Look for the National Yogurt Association’s “Live and Active Cultures” seal (see second image above), which ensures that the product contained at least 100 million live cultures per gram at the time of manufacture. (This sounds like a ridiculously huge number, but your gut is home to over 10 trillion microorganisms.)

Though much is still unknown about our gut “microbiome,” numerous studies over the years have shown that probiotics can help restore intestinal balance, particularly after food poisoning or taking antibiotics. Different probiotics may play different beneficial roles in the intestine, so a variety of species can help you cover your bases.

Regular yogurt retains much of the liquid whey naturally present in milk, and is therefore soft in consistency and mild in flavor. Greek yogurt is strained to remove much of the whey, creating a thicker, tangier product with about double the protein of regular yogurt — a trait that accounts for its soaring popularity.

Icelandic yogurt is also strained, and some brands are slightly higher in protein than Greek. The newest kid on the block, though, is German-style quark, and it’s a standout. Ounce for ounce, quark is even higher in protein and lower in calories than Greek or Icelandic.

Kefirs and yogurt smoothies are basically drinkable yogurt. Some are sugary junk, but true kefirs can contain up to a dozen different probiotics.

All yogurts have naturally-occurring milk sugar (lactose,) which is why even plain yogurt contains anywhere from four to 12 grams of sugar per cup. Unfortunately, nutritional labels don’t separate milk sugars from added sugars, so it’s hard to know how much extra sugar you’re getting.

1) Plant-derived stevia and monk fruit appear to be safe in small quantities, but monk fruit hasn’t been studied very much.

2) Erythritol is a sugar alcohol found naturally in some fruit, but produced commercially by fermenting glucose with yeast. It doesn’t raise blood sugar or cause tooth decay. While other sugar alcohols (such as xylitol, sorbitol, and maltitol) can act as laxatives, with erythritol this unpleasant side effect is avoided, as it is absorbed into the bloodstream before reaching the large intestine. Eventually, it is excreted with the urine.

3) Artificial sweeteners, including aspartame and acesulfame potassium, have dubious safety records, and are usually found in conjunction with other junky ingredients. Do yourself a favor and avoid them.

Full-fat yogurt is making a comeback, but don’t fall for the claim that it’s higher in protein: Greek, Icelandic, and quark have more. “Cream top” and “creamline” are simply full-fat yogurt made from non-homogenized milk, allowing the cream to rise to the top. “Extra creamy” and “smooth and creamy” describe texture, not actual cream content.

BE KIND TO COWS

Buying organic yogurt ensures that the milk came from cows who were fed organic feed, treated humanely, and not given antibiotics or growth hormones. It’s good for them, and good for you, too.

MIX-INS: FUN, BUT ARE THEY HEALTHY?

Skip the obviously-junky cookie and candy toppings, and opt for healthy add-ins like oats, nuts, and seeds. Just be aware that granola can be a sugar trap.

Choose simple ingredients, organic if possible, and with little (if any) added sugar. After that, it really just comes down to taste. 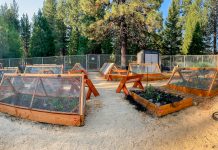 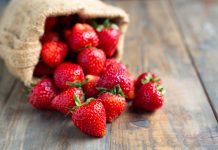 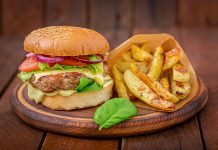