Home Columns Editor's Note You Can Call Me Al 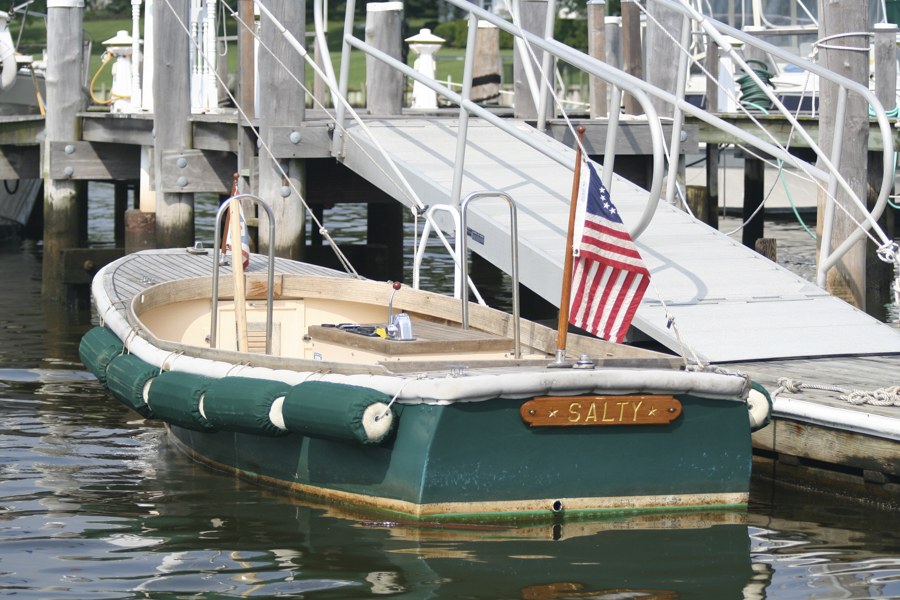 It wasn’t a deciding factor or anything, but one of the pros on the pro/con list for choosing my baby name was that Ally (not Allison or Alexandra, just Ally) yielded a gender neutral nickname — Al. Now, this was 1990, not the 1920s, but my parents still thought that having this option would allow me to be taken more seriously walking into a meeting, applying for a job, or standing up for something I believed in.

Oddly enough, I don’t really go by Al (but you can call me it) and I have been lucky enough to, for the most part, work at jobs where I feel equally respected with my male coworkers (see Women in Construction).

The first job I ever had, however, introduced 14-year-old me (Ally, not Al) to gender bias in the workplace. Not discrimination, but bias. The job title was launch driver, and the description said my time would be spent driving members of a yacht club to their moored sailboats in a dinghy.
Unfortunately, my job duties ended up being 50 percent scrubbing bird poop off the dock, 30 percent changing kegs and fetching liquor, 10 percent putting up and taking down what seemed like an excessive number of flags, and, finally, 10 percent actually driving the launch boat.
But I am not here to complain about the tasks associated with my job; I am here to talk about having a boss — my first boss — who didn’t quite know what to do with his new girl hire. I can’t say for certain but I think I was the first girl this crotchety, old-school yacht club bartender and grounds man had ever hired.

My first few days would be described as awkward.

“Would you mind scrubbing the dock?” he’d ask. To which I would think to myself, “Well, I would prefer not to spend my morning cleaning up poop, but this is my job, so no, I don’t mind.”

But in actuality, eager and new to the workforce, I wanted him to give me a list of daily tasks without hesitation. I was sure that’s what he had been doing with my male predecessors.

At first I was frustrated because I thought my boss was taking it too easy on me and I’m sure he wondered why the hell he hired a girl to do a man’s job. But, by the end of the summer, we developed a mutual respect for each other, and, while I did not return to the yacht club the following summer, I do know that he hired a girl again the next year.

You Can Call Me Al
Food & Drink / Music