Home Columns My Shot Will Our Demand for Water Lead to a Loss of Wetlands? 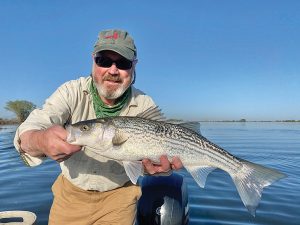 Wetlands serve as biological oases. The presence of water allows a broad range of species to make their home there and attracts others that visit for the sustenance that wetlands provide. These seeps, springs, and marshy meadows, these green edges of still waters and streams, are even more significant in dry areas such as Truckee, where the Sierra crest impedes the eastward movement of moisture-laden clouds, and all water has value. The scattered wetlands here serve as vibrant nodes of life amid the sagebrush and Jeffrey pine. Wetlands also provide utilitarian benefits for our society. The Truckee Donner Public Utility District noted in 2019 that “wetlands and riparian areas play an important role in protecting water quality.” Other benefits include carbon sequestration, soil preservation, and recreation.

But Truckee’s wetlands and riparian areas are threatened with diminishment — even, in spots, erasure. Although drought plays a role in causing them to shrink, another culprit is us. The water that makes wetlands wet, that keeps some of our streams flowing during the summer, is largely the water that we use for our taps and toilets and golf courses. It doesn’t come from the Truckee River or nearby lakes, but from an enormous subsurface reservoir called the Martis Valley Groundwater Basin. Pump too much water from the wrong places in the basin at the wrong time of year, and our wetlands and surface waters may well suffer. As would, of course, the mammals, amphibians, birds, and fish that rely on this water.

What we do know, however, is this: Two deep wells, one near the airport and the other in southern Martis Valley, have shown summertime declines in elevation since 2007. These declines are a red flag that something troubling may be going on. Indeed, a consultant to the TDPUD and NCSD suggests “additional monitoring wells may be necessary within this shallow zone [in southern Martis Valley] … to further evaluate long-term shallow groundwater trends.”

Global warming aside, shallow groundwater trends could worsen as resident and visitor populations within the TDPUD and NCSD service areas continue to grow.

Truckee’s full-time resident population, for example, will have increased by at least 65% from where it is now once Truckee reaches build-out of its current general plan. And build-out of Placer County’s Martis Valley Community Plan and the residential lands in Nevada County east of Truckee will add even more full-time and part-time residents who will rely on TDPUD and NCSD water. One has to wonder how a potential doubling of summertime demand for groundwater will affect our wetlands and surface waters.

If we are to minimize our impact on wetlands and surface waters, the TDPUD, the NCSD, the Town of Truckee, and Placer and Nevada counties need a better understanding of the ecological implications of growth in summertime water demand. We already have maps that show the locations of wetlands and surface waters and of wells and the scant number of groundwater monitors now in place. The next step should be to identify where additional hydrologic and biological monitors would be useful and then install them, recognizing that the goal is to establish a long-term program to assess and protect the health of our groundwater-dependent ecosystems.

For any of this to occur in a meaningful way, however, our agencies that provide water and approve growth must develop the will to keep wetlands and surface waters in good shape. Are our electeds up to it? As the saying goes, actions speak louder than words.

Will Our Demand for Water Lead to a Loss of Wetlands?

Will Our Demand for Water Lead to a Loss of Wetlands?
Education

Will Our Demand for Water Lead to a Loss of Wetlands?
Community

Will Our Demand for Water Lead to a Loss of Wetlands?
Wellness