Home Columns My Shot What’s In A (Re)-Name? 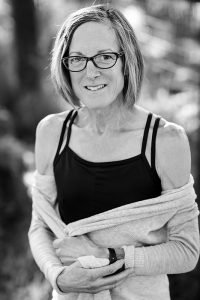 Editor’s Note: Read The Journey to Remove ‘Squaw’ From Tahoe’s Washoe Lands in the Sept. 2020 issue on moonshineink.com to learn the backstory of the resort’s name change.

I am very disappointed in the new name for Olympic (Squaw) Valley, and I would like to announce that I have a far more dynamic name than “Palisades Tahoe,” and I think it’s worth at least one meeting with some Starbucks coffee and imported pastries to consider.

I mean, “Palisades Tahoe” sounds so dull. It just doesn’t pop for me. Plus, it doesn’t quite capture the truth about what happened in this valley. I suggest changing its name to “Manifest Destiny.” Or maybe “Manifest Destination.” Allow me to explain …

The following is a quote from Palisades Tahoe’s president and COO, Dee Byrne, on the resort’s new webpage: “We have a reputation for being progressive and boundary-breaking when it comes to feats of skiing and snowboarding.”

First, I couldn’t have used better words than “boundary-breaking,” which is a term used here to glorify the progression of skiing and snowboarding at the expense of a once-beautiful mountain that embraced a perfectly pristine meadow. Privileged White people are experts at boundary-breaking. We always have been. In fact, we have no shame when it comes to violating boundaries. We’ve committed genocide to snatch what we self-righteously claim as ours in the name of what’s been referred to as manifest destiny. Yet, even though we are undoubtedly the best in the world at violating boundaries and stealing what doesn’t belong to us, we still keep doing it as if some other level of boundary violation exists.

In response to the use of the word “progressive” to describe the sacrifice demanded of nature to satisfy the impulses and fantasies of the White and privileged, I offer up a reply in the form of this quote from Carl Jung: “But our progressiveness, though it may result in a great many delighted wish fulfillments, piles up an equally gigantic Promethean debt which must be paid off from time to time in the form of hideous catastrophes.”

Perhaps this is the kind of progress the resort’s leadership is referring to.

Palisades Tahoe addresses the slur in its original longstanding name against Indigenous folks in the words of Darrel Cruz of the Washoe Tribe Historic Preservation Office: “We have been in the area for thousands of years. Olympic Valley is within the ancestral homeland of the Washoe people. The word itself is a constant reminder of the unjust treatment of the Native people, of the Washoe people. It’s a constant reminder of those time periods when it was not good for us. It’s a term that was inflicted upon us by somebody else and we don’t agree with it.”

Interestingly, Cruz does not say anything in praise of the name change itself, only that the previous name was just another way in which White people further denigrated Indigenous people from whom the valley was stolen.

I wonder if Byrne and her colleagues invited input from the Washoe Tribe perhaps to name the valley in honor of Indigenous people? Maybe the Washoe Tribe would reject having a ski resort named for them, like carving the faces of White colonizers out of a mountain, say, or shoving Indigenous people out onto a dried out piece of desert and calling it a “reservation,” as if they were offered a special place where only the crème de la crème of society would be invited for golf and martinis.

I don’t know, maybe the stakeholders of “Palisades Tahoe” held ceremonies with Indigenous people and invited the spirits to speak. Somehow, I cannot conjure that image.

~ Kimball C. Pier, Ph.D., LMFT is a depth psychologist and psychotherapist who grew up in Olympic Valley, and once lived in Truckee with her husband, Jon Weedn. They moved to Reno a year ago, and now Kimball and Jon waste huge amounts of gasoline and contribute to climate change by driving to Truckee almost daily to work and do the things they enjoy in the outdoors.