Home Columns My Shot We Know We’re Too Young 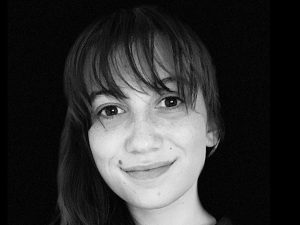 Ever since I can remember, people have had a lot to say about my generation. We were raised post-CD revolution, but I can just barely remember when we had old, rickety projectors that whirred in classrooms instead of Apple TVs and paint that dried to make whiteboards. My kindergarten class even had a chalkboard, but I haven’t even seen one since. Everything changed very rapidly, and we just had to sit there and take it.

When children are very little, they are introduced to a great many new things all the time. They try new foods, learn new letters and later new words. They meet new people often. New things are constantly thrown at them. It has been this way for a tremendous amount of time.

Usually, around fifth grade, the “amount of new things” exponential curve flattens. But for generation Z, the children born roughly from 1995 through 2005, this was not the case. Most of us can’t remember 9/11, only its aftermath. If we look at 9/11 as the creation of the new environment in which this generation was raised, everything about them might start to make sense. 9/11 meant the beginning of mistrust for everyone and everything, the end of the “stay out until the street lights come on” era. We watched and listened, as children are apt to do, as the war in Afghanistan made headlines, and then faded to the background. We watched nothing change after Columbine, and the other hundreds of school shootings. We watched our parents wonder if we needed bulletproof backpacks as our politicians offered guns to our teachers. We watched Hurricane Katrina come and go, and the many hurricanes and other natural disasters that would follow. We attended preschool and elementary school under the Great Recession. 2016 to the present era is a whole different story. Disasters seem to make the news everyday, the mental health crisis is at its peak, and who are we to complain? We were the generation who ate Tide Pods, and nobody listened to us.

People poke fun at us, the youngsters who don’t know what they’re talking about. The children dancing on TikTok, making memes that don’t make any sense. The rowdy, over-privileged white boys on YouTube. We are not just one collective. We are so desensitized to any horror you could hand us that really nothing phases us anymore. It feels as though the world has seen everything we could produce already. We’ve seen the Instagram influencers with perfect bodies even though some are only 14. We’ve seen all of the child prodigies. But we refuse to give up. We are the generation that cyberbullied elitist corporations with “fairy comments.” The generation that will not give up protesting, even when politicians tell us that we’ve “won.”

~ Natalie LaPorte is an incoming junior at Truckee High School. She moved to Truckee in 2018 and fell in love with the seeming magic of always being close to nature. She has been writing since she was 8 years old and loves it more and more every day.

We Know We’re Too Young
Wellness