Question to both Court Leve and Tony Karwowski (whose response can be found here): Should unspent Transient Occupancy Tax monies be used to fund litter removal or workforce housing and transportation? 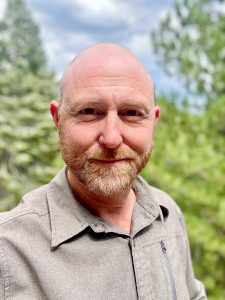 I recently saw a Facebook post via the North Lake Tahoe Resort Association page discussing how “unspent” Transient Occupancy Tax money is being directed to help locals with rental assistance. While this is very much needed and a great endeavor, I can’t help but wonder how there is unspent money when we have a major, ongoing, well-known issue with litter, an issue I and many others have been very outspoken about. I formed Truckee Tahoe Litter Group on Facebook, and it now has more than 2,500 concerned citizens as members. Many comments show that there is a terrible litter problem causing Tahoe to look trashy, and people are really distressed about it.

Couldn’t some of the unspent TOT money be used to help clean and protect the environment from litter? There doesn’t appear to be money to solve the problem anywhere else. Over the past three-plus years of running this group, I’ve found the one consistent roadblock across all jurisdictions, agencies, etc. has been lack of funding. I have heard this excuse directly from everyone: the Town of Truckee, the North Tahoe Public Utility District, California State Parks, Placer County, Nevada County, and the states of California and Nevada. I have also not encountered a single official who doesn’t agree that litter is a major concern. It’s agreed that more funding is needed.

So, with that in mind, can we put a portion of the unspent TOT money back into our community in a meaningful manner specifically to address garbage? 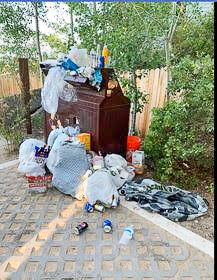 There are a number of volunteer groups that, frankly, are doing the job for the government and we are being told over and over that a budget doesn’t exist to fight this ongoing issue. We need to look no further than the annual July 4 destruction of our community. I’ve included a photo of Speedboat Beach, which is constantly trashed, and the trash can that is there is completely inadequate. It is just one of many examples of lack of funding, resources, and interest in keeping our home clean.

It would be great to get some insight on this unspent money and how we collectively can put that to good use and protect the environment that helps every single aspect of our community, from tourism to quality of life for full-time residents — and of course the very environment that is marketed to visitors. If there is extra money, let’s give litter its due. Pay for better facilities and services so Tahoe and Truckee don’t get trashed.

~ Court Leve is an internationally published, award-winning freelance photographer and videographer. Originally from Missouri, Court has called Truckee home since 2001. View his work by visiting courtleve.com.

FaceOff is a forum for the exchange of ideas between two participants on a hot community topic. Each writes a My Shot in response to a question, then is given a chance to respond to the other’s answer. This isn’t Twitter; it’s a platform for thoughtful, well-researched debate between stakeholders on vital local issues.

Both Leve and Karwowski elected not to submit a direct response to the other’s My Shot.