Home Columns My Shot Up to Us? 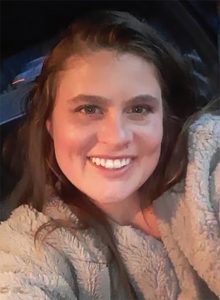 Editor’s Note: The author of this piece is on staff for Moonshine Ink, and edits the Opinion section. As with all contributors to this section, here she writes as an individual and her views don’t necessarily reflect Moonshine’s.

Did you ever think the term “abortion bounty hunter” would be … a thing? Unfortunately for those who possess uteri in our sister state of Texas, as of Sept. 1, it’s a new apocalyptic horror to look out for.

Texas SB8 is a functional ban on almost all abortions in the state, within legislation that encourages civilian reporting and enforcement. As of Oct. 6, enforcement of the law is on hold because the federal justice department successfully sued for it to be paused, but if it is reenacted it is possible that people involved in abortions performed during the pause in the state could be subject to civil suits.

The law is part of a massive trend in regulation on women’s rights to control unwanted or dangerous pregnancy: More abortion restrictions have “already been enacted in 2021 than in any year since the Roe v. Wade decision was handed down in 1973,” as pointed out in a July article by Elizabeth Nash and Sophia Naide of the Guttmacher Institute, a research and policy organization focused on advancing sexual and reproductive rights globally.

Yet the precedent set by the Texas law is not just horrific in its near-full ban on abortions after six weeks (reminder: most people don’t find out they’re pregnant by that time, and Texas abortion providers report that 85% to 90% of procedures are after that mark) … but it is also insidious in its methodology.

The way the law gets around federal protections of the right to an abortion is that it doesn’t target the patient, but rather anybody else who happens to be involved. Looking for a safe abortion is isolating and nearly impossible under this new legislation: Doctors, clinics, providers, those “abetting” the abortion like family and friends, insurers, someone funding the abortion … any of these groups or individuals can be sued. Successful plaintiffs receive full legal fee reimbursement and $10,000. It’s been famously pointed out that an Uber driver picking someone up unknowingly for an appointment could face litigation.

As I write this opinion piece, there are two active lawsuits against San Antonio doctor Alan Braid, who penned a Washington Post opinion column making him the first person to openly reveal he violated SB8, with the justice department’s decision disallowing enforcement at press time. But it could go any number of directions … by the time you read this, there will likely be updates to this rapidly changing issue.

A Florida lawmaker introduced copycat legislation on Sept. 22. Arkansas Sen. Jason Rapert tweeted plans to introduce a law “to mirror the Texas SB8 bill,” and South Dakota Gov. Kristi Noem is among numerous other state officials saying her office is looking into how their current anti-abortion laws compare to the Texas law.

The Texas law, while it was in effect and if it is reinstated, sets reproductive freedom back decades. But the fact of its passage is also a mark of the direction of behavioral enforcement overall, and in an increasingly capitalist nation bowing to its corporate overlords, the trends don’t bode well for the future. Essentially, this is an example of codified vigilante justice, on a very narrow issue which affects over half the population, largely legislated by the other half. It puts the torch and pitchfork right in the hands of those most likely to join the “she’s a witch!” mob, and it gives them a cash prize at the end.

It makes sense that codifying citizen-reporting into law enforcement, even to the extreme in this case of handling the justice side in civil court, is becoming more common. It’s already happening informally across sectors as technology has created a population of people armed with the ability to film and record at will. Look no further than the recorded police murders that inspired the Black Lives Matter movement of 2020 to see how personal recording devices and now live streaming capabilities have played a positive role in justice.

And locally, as reported in Moonshine in The Enforcers, environmental and other county and municipal codes are typically run on a complaint-based system, with the Town of Truckee reporting that they’ve lately maintained between 100 and 150 complaints in the queue for example. This reliance on citizen reporting provides more eyes and ears on the ground for hazardous environmental situations and breaches of code, and could be considered another positive example of self-reporting mechanisms. Yet it isn’t the job of the neighbor to call the town or other local authority about illegal dumping or trash heaps or river slope reconstruction. And shouldn’t it be somebody’s job? Authorities are increasingly relying on the people they govern to turn on each other at a hyperlocal level, when social media information silos and oversimplification by a national mainstream media constantly starved for attention are already pulling us into ideological factions.

We’ve evolved to rely heavily on our handheld information devices — to call it a “phone” is laughable, really — and we can access networks and record and share anything we experience in real time. But just because we can doesn’t mean we should utilize this superpower across all sectors of society, and we should tread particularly lightly into the realm of citizen reporting when it comes to criminal law enforcement. We don’t want to fall down any slippery slopes while we’re looking at our phone.

~ Becca Loux is a Kings Beach 30-something with a head full of, on alternating days, big ideas for society and a little sunshine and husky fluff.

Up to Us?
Sports & Outdoors / Wellness