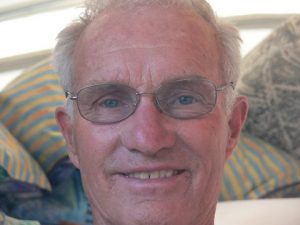 At the virtual Truckee Town Council meeting on May 26, the California Campaign Contributions Limits Law (AB571) was discussed. Briefly, this law will go into effect January 2021 and has as its main tenet that anyone running for office cannot accept any single contribution for more than $3,000. Local jurisdictions may set limits below $3,000 if they wish.

The issue before the council was whether or not to implement this law in Truckee now, to be in effect prior to the November election when three council seats will be decided. The choices before the council were: to put law into effect as written, modify and accept it, or do nothing and let it automatically go into effect in January 2021. The lone argument for adopting this law came from Vice Mayor Anna Klovstad. She felt that the limits would give candidates clarity regarding campaign financing and would avoid the significant problems that arose in the most recent airport board election.

According to a 2018 Moonshine article, an airport board campaign “collectively raised over $81,000 this year,” while the other candidates running raised under $2,000 each.

The other four members of the council preferred not to pursue this issue and to let the state law automatically go into effect in January. They stated that the law is too complex, the council has more important matters to deal with, and that campaign finance issues have not arisen since the town incorporated. Following the meeting, there was apparently some community outcry leading to a consideration of bringing the matter back to the council. However, it appears that informal polling of council members determined that the votes weren’t there to overturn the original vote and thus, it was not placed back on the agenda.

Much of the community reaction amounted to the idea that putting this law into effect now is a “no-brainer.” In my opinion, the only change we should make in adopting it might be that it would be more appropriate in our community to lower  the limit from $3,000 and set it at $1,000 or $2,000. This would help preserve public trust in our elections, reduce or eliminate the risk of candidates being beholden to contributors, and would help avoid conflict of interest for council members. It would also provide a more level financial playing field for aspiring candidates.

The Green Team, an informal civic discussion group composed of longtime locals, recently discussed this issue. The Green Team was formed 15 years ago, following the campaign of former two-term councilmember Barbara Green, who also served as a Nevada County supervisor. The Green Team supports the concerns raised in the community, and given the recent issues experienced at the airport board elections, we as a group urge the council, in the best interest of the community, to reconsider the adoption of AB571 prior to the November election.

~ Rolf Godon Ph.D. is a 45-year resident and activist in Truckee. Rolf is a strong advocate for maintaining and enhancing the quality of life as well as for prioritizing our way of life over growth and keeping big money out of our elections. He is among the founding members of MAP, the Green Team, and efforts to save the Vets Hall.

Town Council Should Act Now on Campaign Contribution Limits
5:15 am / 6:00 am