Home Sections Opinion There Will Never Again Be Another Manita Nery 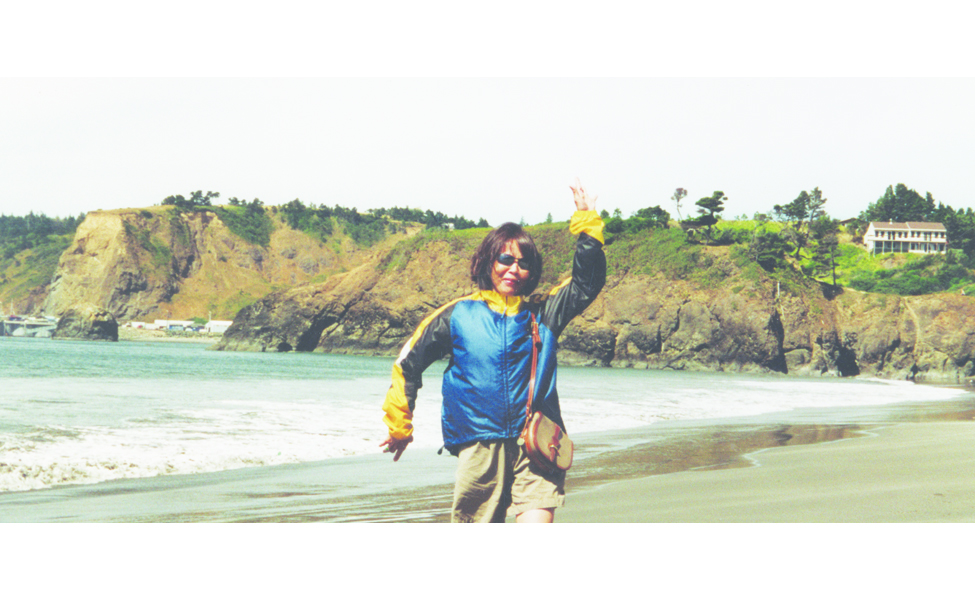 The river is raging. While it’s darn beautiful and much needed, click here, I am reminded of a profound loss I experienced 15 years ago due to a freak accident. When I relayed this story to my roommate, she thought I should re-publish a piece I wrote about it, to remind everyone to stay safe out there. Here you go.

Manita Nery was the daughter of my father’s mother’s sister. While a bit removed from me in the family tree, she was my kindred spirit.
She died suddenly on June 28 of this year.

When I first visited her three years ago, she was about 55 years old. The spunky woman took me on a run through a forest on the Washington coast. It was enchanting, jumping the knotty roots of the trees and winding along a soft rainforest floor. The trail dumped us on a rocky beach with majestic driftwood. We slowed our pace to a walk and even though I had really just met her, we shared a bit of the real stuff, internal thoughts and workings that are often hidden behind that safe wall.

At age 50, Manita ran her first marathon. A year or two later, she picked up an ice axe and learned the skill of ice climbing, summiting several peaks in Washington and Idaho.

Extremely dedicated to her job as a middle school teacher, she rode the ferry daily from the island where she lived to the Seattle mainland for 17 years, earning a reputation for being the “quiet force behind Alderwood (School).”

Always paying extra attention to those needing it, she brought down the house this year with a moving gesture to a “problem child” during a school award ceremony. With a bouquet of red roses that had one yellow rose at its center, Manita presented this metaphor to the boy, saying he was like the yellow rose — he was special.

“It was drop-dead silent,” said Babby Skowyra, an Alderwood English teacher, in a newspaper article. “But then all of a sudden, the kids started roaring.”

This past summer, I went on a much anticipated road trip up into Northern California, Oregon, and Washington. It was a decidedly wandering affair, taking side roads “just to see.” Many times, I thought of Manita, with her intense drive for adventure and love of life.

When in Seattle, I called Manita’s home, looking forward to getting to her house, perhaps luckily arriving after she baked a delectable apple crisp made from fruits of her yard. I left a message on her machine only to get a call from her daughter Feliza a few hours later. I couldn’t help but feel immediately uneasy.

She asked me if I were sitting down; I said I was. She told me her mother had died in a freak accident, one of those incidents that you read about, but certainly don’t live. Manita and her fiancé Hiromi were on a hiking trip in Glacier National Park. They had stopped by a creek to snap a photo, and as Hiromi composed the shot, he saw Manita, who was posed on a rock, slip out of the camera viewfinder. She fell 15 feet into the creek and was swept away immediately.

Park officials estimate that due to the extremely cold and abnormally high water, she was probably dead in 30 seconds. Hiromi says he saw her resurface in a rapid a few seconds after the fall — her face was completely at peace.

But because of her zest for life, and her legacy of compassion, adventure, and love, I celebrate her death. She died while doing something that brought her great joy. Her death is a reminder, as her life was, that every moment is an opportunity.

~ This story was originally published in the second edition of Moonshine Ink, December 2002.

There Will Never Again Be Another Manita Nery
Business
6:00 pm

There Will Never Again Be Another Manita Nery
Music

There Will Never Again Be Another Manita Nery
12:00 am

There Will Never Again Be Another Manita Nery
Sports & Outdoors / Wellness