Home Sections Opinion The Great Power of Being a Witness 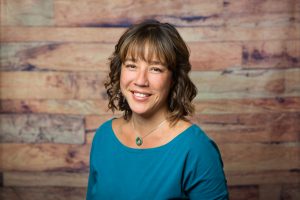 He was covered in blood when we found him.

During a hike on the first weekend in April, one of my dogs was raging gleefully around a creek. He narrowly avoided destroying his back leg and something sharp went in and out of his neck. Thank goodness, he miraculously escaped serious injury. My fiancé and I don’t know what happened, but our best guess is that it was regular ol’ sticks that surprised him, perhaps under water.

Minor as it ended up being, there was so much blood. Maintaining a sense of calm was difficult.

It’s terrifying and unsettling when a loved one gets hurt. But it’s critical to be there and offer a soothing presence. I noticed that our pincushion puppy did much better in recovery when we were around. If we stepped away from him, his breathing became rapid and shallow; his body started to shake. Sit with him for a moment and he would settle down.

On an infinitesimal scale, this experience gave me perspective on the Russia-Ukraine War.

The violence is forcefully shaking the foundations of our fabled liberal world order. It’s almost unthinkable that an invasion of this sort should happen, today; but it did and likely will again. I’ve been reading and listening to examinations of the war, from analysts who offer cautious hope that Russia may have underestimated its feisty neighbor, to ones who rightfully worry about nuclear fallout. I am a proponent of keeping the big picture in mind and I study these reports with interest, hoping I might get a sense for the “why” and “what” we’re in for.

Then I ran across the reporting from two Associated Press journalists who spent 20 days in the southern Ukraine port city of Mariupol, a key strategic target for Putin that has been laid to waste by Russian attacks. The mayor of the besieged city said in an April 4 press conference video that an estimated 90 percent of the city is destroyed, and more than 5,000 civilians have been killed while some 130,000 more remain trapped without food, water, power, or heat. As of press time, there are conflicting reports of whether the city has surrendered.

The two AP reporters, Mstyslav Chernov and Evgeniy Maloletka, were in Mariupol as Russian troops first rolled in on Feb. 24 and became the only international media present. In a chilling piece, ‘Why? Why? Why?’ Ukraine’s Mariupol descends into despair, published March 16, the two chronicle what a siege looks like from the inside. The devastating images and stories describe the horrors of war — from shrapnel-filled toddlers to crying soldiers, decimated maternity hospitals to packed bomb shelters. The haunting tale of two pregnant women “— one dead and one a mother — have since become the symbol of their blackened, burning hometown.”

Their reporting was so impactful that the Russians were “hunting” the journalists down, but they made a harrowing escape.

While we can all agree the geopolitical landscape has forever been altered, there is no one who knows what the true outcome of this war will be.

But I can offer one truth: As hard as it may be, we must show up for our fellow people.

Our copy editor shared with me a blog post in which Jacqui Banaszynski, a journalist, delves into what we should each do for the Ukrainian people. In it, she questions whether blue and yellow flags or candles can do any good. Turns out they do. There is great power in being a witness.

As Banaszynski said, “Ukraine needs combatants on the ground. The politicians need diplomatic channels. The rest of us need first-hand accounts as we wrestle with our responsibility. Witness is a crucial weapon.”

We must be witness to the blood, the struggles, the pain, the injustice, the tears — regardless of how tough it is. The comfort we offer could make all the difference.

The Great Power of Being a Witness
Sports & Outdoors / Wellness