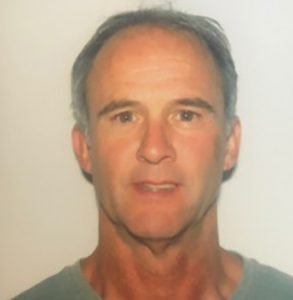 Editor’s note: Pat Dillon is one of Moonshine’s In the Past contributors.

Violence, protests, attacks on public buildings and rampant conspiracy theories — as a person with an interest in history, I know that none of this is new. Nor is the rampant and violent white supremacist undertone of the recent conspiracists and their supporters.

Consider the history of slavery, murder, torture, and mayhem inflicted upon Native Americans and Black people by the invading hordes of White people flowing into America and California during the early years of the nation, and you see the beginnings of the racism that has reared its ugly head in every decade since.

In the Truckee of the 1870s, the labor of Chinese men was in high demand to build the railroads and cut timber to satisfy the voracious appetite of the mining industry, the railroad, and the towns that were springing up to house the thousands of migrants hoping to strike it rich.

As the inter-continental railroad was completed, many of the Chinese labor force stayed on in Truckee, cutting timber for local companies. In fact, at that time Truckee had the largest Chinatown in the nation outside of San Francisco.

The sudden collapse of silver prices in the late 1870s pulled the bottom out of that industry. Laborers who were previously in high demand were suddenly competing for fewer low-paying jobs. Chinese workers throughout the West were attacked, fired, imprisoned, and deported. Bounties were placed on their cues or ponytails.

Black, Asian, Latino, Native American people — any ethnicity seen as “other” working labor-sector jobs — were, and still are, attacked when the work is done, the economy slows, or other events trigger populism.

The examples of racism against Chinese people in the region don’t end there. In 1875, some men in Truckee formed a vigilante mob called the “Caucasian League.” Late one summer night, the men started fires on the Chinese laborers’ cabins while they slept, then shot at them as they ran from the burning homes.

A local lawyer and newspaperman, Charles McGlashan, began ranting against the Chinese menace in his Truckee Republican newspaper and in pamphlets, posters, and speeches.

Soon after rebuilding, the Chinatown on Jibboom Street suffered another suspicious fire destroying most of the buildings. McGlashan’s “League” destroyed the remnants to keep them from being rebuilt. The town forced the Chinese community in Truckee to the other side of the Truckee River, where SE River Street is now.

Yet another mysterious fire marked the end of any significant Chinese population in Truckee.

The dream our forefathers had in the 1700s was to create a well-educated, well-read society in order to accomplish “a more perfect union.” There is no question that most of these were White men that often had racist, misogynist views.

But for a time, they were successful in creating a system that educated American children to a high standard, and our rapid progress as a democratic republic was the envy of much older civilizations.

As we struggle to understand how so many White people today (who often profess to be “Christian”) can believe in lunatic conspiracy theories and support racist gangs such as QAnon, the Proud Boys, Three Percenters, and Oath Keepers, a lot of us seem to miss the point. The hateful words and actions, inspired by and revved up by Donald Trump and his followers, are aimed at anyone “other” than White.

In the last century, the definition of “other” has changed as Caucasian immigrant groups such as Irish and Italian Catholic and other Europeans lost native accents and behaviors that had once made them easily-recognized targets for White Protestant attacks and racism.People of other ethnicities that bear what White people recognize as this “otherness” remain targets of those groups and their members.

The un-American hypocrisy of attacking someone seen as “other” seems not to occur to people claiming to be “patriots” or “Christians,” especially when it extends to being applied to immigrant populations. The only non-immigrants in this country are Native Americans … and even they probably came here from another continent.

Today, we’re seeing random attacks on people of Asian heritage again. Those assaulting them rarely know who they are. They may be attacking an American citizen, or a visitor or immigrant from Korea, Thailand, or any number of Asian nations. They just know they’re attacking someone that appears to be “other.”

We cannot tolerate it. We cannot tolerate those who condone it or teach it. Call it out, stop it, stand up to it. The Covid pandemic shows us a real enemy that takes our jobs and has killed more than 560,000 of us through disease and ignorance. We must not allow our own people of any color to be branded as “other” or the enemy. Hitler’s brutal rise to power enabled him to vilify and murder millions of Jews and various minorities, anyone perceived as “other” than White German.

My uncle and our country went to war in 1941 to stop fascism. White power groups and attitudes are the latest attempt at fascism. It’s our turn to stop it now.

~ Pat Dillon is fascinated with Tahoe’s history, having lived with his beautiful wife and many critters on the North Shore for over 40 years (almost locals!). Retired after 31 years as a North Tahoe firefighter and paramedic, he enjoys writing, hunting, shoveling snow (apparently), and hanging out with his wife and their adult children when they’ll tolerate him.