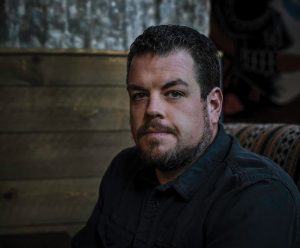 The NLTRA continues to claim they are stimulating the local economy through marketing initiatives, but this tourism marketing organization has a history of spending taxpayer dollars on out-of-town ad agencies without any attributable increase in revenue for local small businesses.

This February, I attended the Visit California Outlook Forum in San Diego on the topic of promoting travel to California internationally. As someone who previously worked for creative ad agencies in San Francisco, it did not take me long to realize this event was going to be one huge feeding frenzy of each California tourism board being circled by the sharks from the still-standing big ad agencies; each with dollar signs in their eyes for the upcoming year’s tourism advertising budget.

Visit California CEO Caroline Beteta announced at the convention that she would not be pulling any of the multi-million dollar ad budget from the upcoming Olympics in Japan that would be promoting international travel to California despite the early reports of COVID coming from Wuhan. That was a strong signal to the audience of advertisers that you should not be deterred in putting those tourism ad dollars to work for the upcoming summer travel season.

The speakers reminded the audience about example cities like New Orleans, who dared to invest in infrastructure such as a new sewage plant for the city instead of funding millions of dollars for the local tourism board for billboards, print ads, and network TV spots. Without the approval, there would not be an ad agency hired to produce a new campaign promoting the undiscovered destination of New Orleans to attract visitors from around the globe.

“How dare the local officials snub their nose at tourism marketing dollars, they will surely regret it!”

Back home, the NLTRA was behind another extreme skiing destination branding video that was produced by ad agencies based in Roseville and Reno. Noticeably absent was any mention of working with anyone based in North Lake Tahoe, meaning all of the money that was generated by the area TOT was spent out of the area. With plenty of local creative talent available in Tahoe/Truckee, I go out of my way to work with talented, locally-based creatives for graphic design, photography, and video production for my Tahoe-based hotel and restaurant clients.

This year the NLTRA was also given rubber-stamped budget approval again for $3.1 million for the 2020 fiscal year while operating with the same staff and salaries as at pre-pandemic levels. CEOs Jeff Hentz and Andy Chapman are paid $150,000+ annually, which is at least four times the average income in the area. The last financials shared in April 2020 show $3,131,548 coming to the NLTRA in funding from Placer County for the fiscal year, and $11,000 (.003% of the overall budget) from NLTRA membership dues, with over $938,000 going to salaries (28% of the total fiscal budget). An additional $1.3 million (42%) was allotted to marketing cooperative/media which is up 11% annually and ultimately filtered through advertising agencies not based in Tahoe.

(Abbi Agency is managing the December 2020 local shopping campaign on the board agenda for Dec 2.)

I believe the NLTRA must commit to spending ad dollars within North Lake Tahoe and share the results of every advertising dollar spent with real economic results in the future. The current argument within the local hospitality industry is no matter how the NLTRA money is spent, it’s better off being spent on behalf of North Lake Tahoe rather than being kept in Auburn and Roseville, but past and current practices already exclude the local creative class economy with an outdated “big agency” model.

The current staff produce very little content in-house while paying agencies to do the rest of the creative work. Continued messaging from the NLTRA leads small business owners and the general public to believe the tourism tax dollars spent by the NLTRA are benefiting each business’s bottom line, but in my experience the ad campaigns are not driving any attributable revenue to independent hotels, restaurants, and local retailers due to subpar content created by people who do not live in the Tahoe Basin.

After attending numerous NLTRA presentations in 2019 that charged admission, I’ve learned that this tourism advertising organization has demonstrated to me that it is not able to directly stimulate sales for local businesses. In my four years of working for hospitality clients in North Lake Tahoe, I have yet to see any direct examples of successful campaigns where an independent business outside of the major ski resorts could directly track any noticeable increase in web traffic or sales back to an NLTRA advertising campaign. Without a track record of producing revenue generating tourism ad campaigns, why does anyone think they can do it now?

In closing, I would like to remind all the informed readers that when you like a photo on Instagram or Facebook from @TahoeNorth, it was posted by an intern for a Reno-based ad agency, and that virtual like does not do anything to directly benefit a local business in North Lake Tahoe.

Whatever they are calling themselves today (NLTRA, Resort Association,
@TahoeNorth, Tahoe Marketing Collective) the focus is on staying relevant to the public rather than directly benefiting the small business owners of Tahoe. Ultimately, the NLTRA operates around personal relationships with a goal of benefiting North Lake’s most recognizable while letting the rest fend for themselves.

~ Chris Gallagher is a self-employed marketing analyst who has been living in Tahoe City for four years after visiting for the last 15. Prior to moving to the mountains he worked as a marketing analyst for creative and data driven advertising agencies in San Francisco. Currently, he manages digital marketing for Sierra Relief Kitchen, which has served more than 11,000 meals funded by over $47,000 in donations through GoFundMe.

The California Tourism Advertising Industrial Complex
Business
9:30 am / 10:00 am