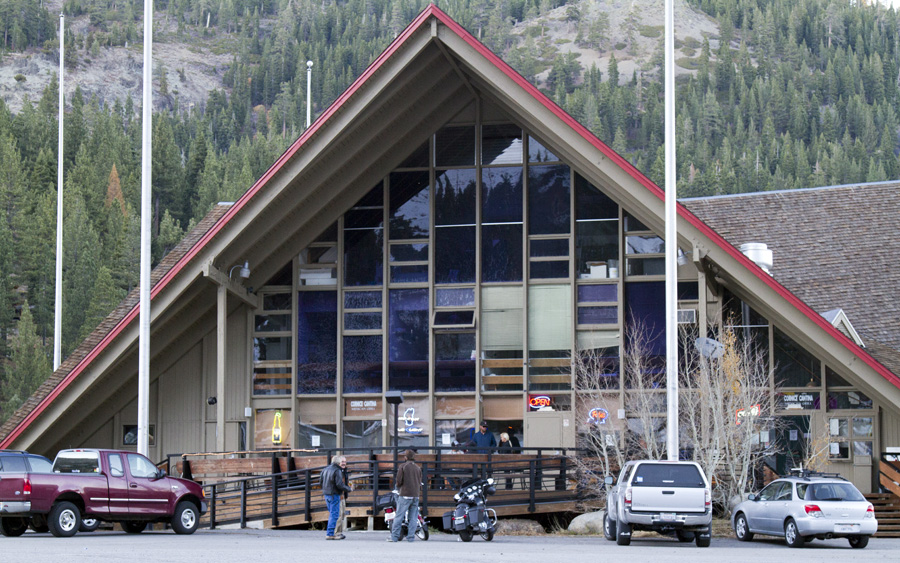 This month, Moonshine readers are privy to a time-traveling trip through Tahoe development. Glancing back in time, we look at a ripened lawsuit over impacts from the Northstar Village development that began in 2004. Regarding a present-day development, we check in with community concerns about the recently completed Domus affordable housing project in Kings Beach. Then we gaze forward, at an elaborate plan slated for the next 12 to 15 years — Squaw’s proposed expansion of its village. The proposal includes 1,300 new condo and hotel units, 29,000 additional square feet of commercial space, and an indoor adventure park. There’s also another Squaw project going forward in tandem through the approval process — a mountainside roller coaster.

Plus there’s development talk still underway that we do not cover this month: Homewood continues to move forward with its resort redevelopment, Kings Beach works to move forward its core improvement project after the state shut down redevelopment agencies, and Tahoe Regional Planning Agency’s Regional Plan Update winds down toward a wished-for approval on 12/12/2012. Whether you tend to live in the past, present, or future, Tahoe’s got a development project for you. And whether you agree or disagree with the projects, the flurry of activity is a promising indication that the local economy still has some kick in it.

All of the above developments have one thing in common — they are redevelopments of previously built land. Although Tahoe has endured the white man’s footprint for less than two centuries, our collective work is already getting a makeover. Why do other parts of the world hold onto their built environments for multiple centuries while America keeps remaking itself? We’re a young country and our formative years happened in the fast-paced modern era, which accounts for much of it, but I wonder if there’s a deeper conflict at work, one that is underscored in Tahoe — the struggle to identify ways the melting pot of the world can act as one.

Tahoe’s azure waters, crystalline air, and rugged ridgelines were the original siren call for emigrants, but as Edward B. Scott, author of “The Saga of Lake Tahoe,” says, that’s not the only story:

“The shoreline and waters of this immense indigo basin have seen little more than a century of the white man’s activity, but mountain men, emigrants, lumberjacks, Washoe nabobs, innkeepers, timber barons, windjamming ‘salts,’ steamer captains and scores of others from every walk of life have left their imprint on the Tahoe basin,” he wrote in his tome dedicated to Tahoe’s development history.

In the face of redevelopment, today’s Tahoe pioneers ask ourselves questions — what should our imprint be? And how should we get there? The Tahoe tale is nowhere near finished, but there is a way to attain the right answers. Here I borrow the words of Gary Snyder, the Pulitzer Prize-winning author and Tahoe-Sierra advocate. When asked how best to address the world’s environmental crisis, he said, “Stay put.”