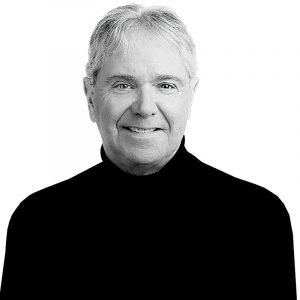 Since 2011, the Truckee Tahoe Airport District has generously funded the Air Show & Family Festival, which has grown to be known as the most family-friendly event in the Truckee/North Tahoe region, offering free admission and free parking. Sadly, this beloved community event, which draws thousands of spectators each year, is now in jeopardy. Since the July meeting of the airport’s board, it has become apparent that the fate of the air show lies in the hands of the five board members. We need your support to continue bringing the event to Truckee/North Tahoe residents.

In 2009, I was asked by the airport district if I would consider bringing back the air show following a 16-year hiatus; I had directed the Truckee Air Show from 1987 to 1996 and was ready to volunteer my time to direct future air shows. Having been a longtime resident of Truckee (now going on 36 years), I was only interested in directing an air show that all the community could attend — not just wealthy families who could afford to pay for parking and entry. It had to be an event that would be open to all locals to experience first-hand the thrill of flight, and to inspire youth in aviation and STEM-related academic fields and careers.

Olivia Koster, a 2018 Truckee High School graduate and Truckee Optimist Club scholarship recipient, wrote a letter to the airport board read at the Sept. 22 meeting. She wrote, “As a young kid, the air show was something I looked forward to every summer. It was so fun to watch planes fly off [and do] tricks. I think it is important to understand the amazing effects the airshow has on young children. Being exposed to a specific field at a young age has a major impact on a person’s life. One of my good friends attributes her inspiration to wanting to become a pilot to the air show.”

Kim Yamauchi also submitted a letter, writing, “My son has always loved aircraft and chose to attend Cal Poly as an aerospace engineer. He always loved attending the airshow, and it was a highlight of his summers. He is now working full time for a small aerospace company in San Luis Obispo. At the age of 23, he was still going to come ‘home’ for the airshow weekend and was of course disappointed that the show was canceled this year. My point is that people young and old enjoy this show.  For him, it influenced his chosen profession.”

In the years since the air show’s comeback, so many local businesses, children, adults, volunteers, and nonprofit organizations have greatly benefitted from this event, and they have come to depend on it.

Our award-winning emergency response team relies on volunteer hours at this event to enhance their training in community preparedness and event medicine.

STEM Expo exhibitors lose out on a vital opportunity to reach thousands of kids to engage them in STEM-related activities. This year’s STEM Expo sponsor was going to be Truckee Grocery Outlet.

Local vendors look forward to the event and need the extra income they make there.

Tens of thousands of dollars from returning sponsors’ donations each year go back into our community for local youth.

Let your voice be heard to support the Air Show & Family Festival for future years. Our youth need this experience; our community needs a family friendly event to bring us all together now more than ever. Sign your name at supporttheairshow.com.

The public comment portion of the Truckee Tahoe Airport Board Sept. 22 meeting can be viewed by searching archived videos at Tahoe Truckee Media’s website, linked in the online version of this article.

The next meeting of the airport board of directors is Oct. 27 at 4:30 p.m. An Air Show & Family Festival Committee representative will give a presentation, followed by public comments.

Submit a letter of support. “Zoom in” and speak! To learn more about submitting public comment, visit: truckeetahoeairport.com/administration/board, or email comments@TruckeeTahoeAiport.com.

~ Tim LoDolce has been the president of the Experimental Aircraft Association Local Chapter 1073 since its founding in Truckee in 1996. Since 2011, he has been the executive director of the Truckee Tahoe Air Show & Family Festival. He is a United States Air Force Veteran who served in the Vietnam War, and was a United Airlines Pilot and an FAA Air Traffic Control Specialist in Cleveland, Chicago, and San Francisco.