Home Columns My Shot Support Senate Bill 1012 to Align Park Burning Regulations with Those of... 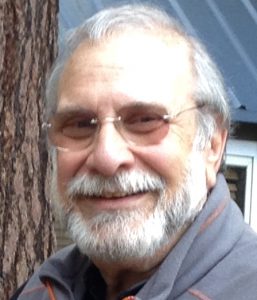 I’m not a winter sports guy, but I do enjoy the beautiful, and sometimes extreme, winters here at Tahoe. That said, I have always looked forward to our spectacular summers, whether astride my big BMW two-wheeler, cruising along the West Shore by boat, or just enjoying the warm days and cool nights. Summers are a good part of what brought my wife, Lolly, and me here from New England and its humid shores of Cape Cod in 1976.

Unfortunately, in recent years the clean air that we enjoyed year ‘round has often become far worse than I ever encountered growing up as a child just blocks from a Con Edison power plant in Manhattan. Wildland fires in other parts of the Sierra too often became unwanted visitors to the Tahoe Basin and surrounding areas. For the most part, the smoke from distant fires dissipated in a few days and clear blue skies returned.

The summer of 2021 was very different. The Caldor Fire, along with other major conflagrations, filled the area with acrid smoke and particulate that was off the scale of the Air Quality Index. We were forced to stay indoors, and for some of us, evacuation of our homes to safer locales was ordered.

Our area fire agencies all agreed to restrict the outdoor burning of solid fuel (wood and charcoal) as a safety precaution. This was not easy to convey to the public, especially with the rapid turnover of visitors. Educating an ever-changing tourist population was a challenge. Our firefighters responded to countless ordinance calls for unlawful outdoor burns at great expense, especially with the increasing population.

Local fire agencies have no regulatory power in state and federal campgrounds, although they do provide responses to fire and EMS calls in those facilities. It was very confusing and of great concern to residents whose homes are just an ember flight from the campgrounds filled with hundreds of campers. Eventually the U.S. Forest Service and California State Parks joined in the burn ban.

In October of 2021, in the aftermath of the Caldor Fire, as president of the Meeks Bay Fire Protection District board of directors, I wrote to Armando Quintero, director of the California Department of Parks and Recreation. The letter explained the need to align burn rules/regulations for outdoor, solid fuel burning within our area parks with those of the fire agencies in the Tahoe Basin, Truckee, Northstar, and Olympic Valley.

Meeks Bay Fire provides fire protection and emergency medical responses to the magnificent West Shore parks but has no jurisdiction when it comes to regulating campfires and charcoal barbecues within those facilities.

In January of 2022, I received a response from Sierra State Parks District Superintendent Dan Canfield (at the direction of Director Quintero) with word that steps were being taken to align park burning regulations with those of local fire agencies. This was great news from our good neighbors who maintain these local jewels that we are so fortunate to have for both residents and visitors.

The bill has passed through the Senate Natural Resources and Water Committee with a unanimous vote and is now in the Appropriations Committee. If approved, it will go to Gov. Gavin Newsom for his signature.

This is a common-sense bill and deserves support from all who treasure our parks and have concern for the safety of our community.

Please write to the governor’s office in support of Senate Bill 1012.

~ Having arrived at Lake Tahoe in 1976, Ed Miller now lives on Tahoe’s West Shore with his wife, Lolly Kupec, and their Alaskan Malamute, Grizzie. He has served on the Meeks Bay Fire District board for 40 years and chaired the El Dorado County Civil Service Commission for 35 years. Ed produced the Shakespeare and music festivals at Sand Harbor for 15 years and emcees countless community events.