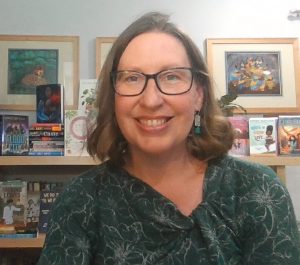 Language matters. It can build bridges or walls. It can welcome or warn. In reading Billy Griffin’s My Shot in April, How Not to Be an Invasive Species, I was able to see both inclusion and exclusion. I appreciated Griffin’s acknowledgement that we live on Washoe land and the list of helpful hints for living in snow/bear/coyote country. We can all use reminders to be more aware and kind.

Yet I was disappointed in the use of dehumanizing language describing newcomers as an “invasive species” even as scientists and English language professors are ending the usage of such terms because of their historic function to demonize people — especially immigrants. There are many metaphors and clichés whose origins are rooted in nativism, racism, sexism, etc. that are outdated and deserve thoughtful discussion. Speaking about the “other” has impacts that can leave people questioning our intentions.

Metaphors like “invasive species” to describe newcomers to Tahoe bring to mind the history of anti-Chinese actions in Truckee in the late 1800s. The Truckee Method, Molly Wilcox’s April 2019 article in Moonshine Ink, describes the lengths to which the White residents of Truckee went to intimidate and drive out the Chinese residents, and Pat Dillon’s May My Shot, The Chinese Question, provides more of that history in the context of an argument for tolerance and inclusion today. What starts with exclusionary language can lead to hateful actions. We’ve seen a rise in hate crimes against Asian Americans over the past 18 months in the US; it started with language and has emboldened people to act violently.

Last week, I was speaking to a few friends who have seen and been alarmed at the vitriol aimed at visitors to our mountain towns. The language used has been, as one friend described it, “disgusting and foul.” Will that turn into violent actions, repeating history, and driving out new people with so much to contribute in ways of culture and wisdom?

As someone who lived here for a few years, had a business here, moved away, and now have spent over 50% of the pandemic in Truckee, I have worried about the language used around new residents. Words matter. Metaphors are tricky and understanding the language of xenophobia and nativism is important when we’re discussing demographic shifts.

The city people moving to the mountains are not a monolith and are culturally diverse. Many newcomers have lived in small towns before, embrace stewardship, and are eager to become part of the Tahoe community. We are living during a time of uncertainty where people are re-examining their priorities as well as considering the impacts of climate change. This won’t be the last wave of newcomers to Tahoe.

~ Heidi Baikie is a part-time local; when not hiking or cross-country skiing, you’ll find her curled up with a book.