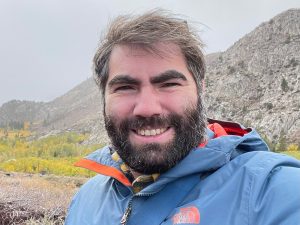 I was dismayed to read Moonshine’s coverage of Margie Seehuetter’s dismissal from the Tahoe Truckee Unified School District, titled Truckee High Teacher’s Refusal of Covid Vaccine, Testing Results in Unpaid Leave, Brings Attention to Larger Controversy. Quotes from anti-vaccine voices were included uncritically without fact-checking their claims, and it ignored the overwhelming scientific evidence of the approved vaccine’s safety, efficacy, and necessity in ending this pandemic. It repeated Seehuetter’s narrative of her righteous fight for freedom, rather than the objective truth that she refused to follow California’s clear and straightforward rules to keep our community safe. As a volunteer science educator at Truckee High School, and one who has recently gotten my third Moderna shot, I feel it is necessary to push back and correct the record.

Covid-19 has claimed almost 775,000 lives in the U.S. and over 5 million worldwide. The vaccine was developed in record time by thousands of dedicated scientists, building on decades of research into coronavirus biology and protein delivery techniques using mRNA. Experimental treatments starting in the 1990s for influenza and HIV vaccines led to the rapid commercialization and mass production needed for Covid response in 2020. It is truly a wonder of modern science, and its swift deployment has saved countless lives.

The sore arms and fevers which many people experience after receiving the vaccine are signs that your immune system is working! SARS-CoV-2 is a new virus, so there is no natural immunity to it. People who have been previously infected do have some antibody response, but it does not measure as strongly as that provided by the targeted proteins expressed in the vaccines, and it fades more quickly. No one is immune, particularly from the now dominant Delta variant which is significantly more transmissible than the original. “Breakthrough cases” can occur even after the vaccine, but cause less severe symptoms and are less likely to lead to hospitalization or death. The vaccine provides a significantly enhanced response, because it “teaches” our immune system what to fight against, and how to “remember” the virus over a long period of time. That is a miracle we should be praising, not afraid of.

Anecdotes about severe side effects, or “deaths of close friends who received the Covid vaccine,” reported by sources in the Ink article, should be given strict scrutiny by journalists and not quoted without fact-checking the details. Many vaccine opponents cite the Vaccine Adverse Event Reporting System, which relies on voluntary self-reporting. The VAERS website notes that “it is generally not possible to find out from VAERS if a vaccine caused the adverse event” and “reports submitted to VAERS often lack details and sometimes contain errors.” This is not the standard by which the scientific community treats data, and local journalists shouldn’t either.

Vaccines are not poisonous, but our information environment is. Many websites thrive on clickbait, television sensationalizes hard news for advertising, and social media amplifies the loudest voices. Trusted local journalists can filter global news through community-based reporting and hometown characters, but they should still rely on verifiable facts instead of just giving a platform to controversy and uncritically repeating untrue claims. I understand this is a fraught issue for many in our community; we should all strive to listen better to each other, and also to reason.

We all want the pandemic to be over. But that requires high vaccination rates in our community driven by mandates from large employers, the state, and the school system. This virus may never go away, but it can become manageable with the help of science. That is a future that I am looking forward to.

~ Josh Levinger is a robotics coach for Truckee High School. He believes in science.