Home Sections Opinion Resiliency and a Pivotal Moment in History 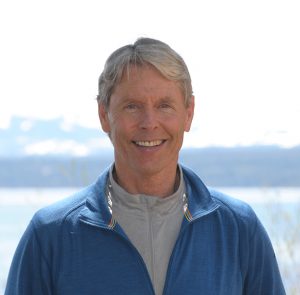 “You may not control all the events that happen to you, but you can decide not to be reduced by them.” ~ Maya Angelou

George Floyd’s death has brought racial prejudice and police misconduct into our living rooms in the same way the Vietnam War exposed the brutality of warfare via the evening news. (The Vietnam War was the first U.S. conflict shown nightly on TV.) A single eight-minute cell phone video has released a tsunami of emotions and distress in America. How are we as a country and as individuals going to learn from this tragedy?

Resilience is the ability to remain calm, strong, and centered in the midst of adversity. It does not mean a person doesn’t experience distress; quite the opposite. Holocaust survivor Viktor Frankl accepted the inhumanity of the Nazi concentration camps and identified his purpose. He was determined to outlive the war and teach students about his psychology of survival — logotherapy: the freedom to find meaning in life despite suffering.

“Between stimulus and response there is a space, and in that space is our power to choose our response. In our response lies our growth and our freedom,” Frankl wrote in 1946 in Man’s Search for Meaning.

Resilience is based on a realistic assessment of the situation and requires positive self-worth. Psychologists classify this as different from high self-esteem, which is a self-assessment of our qualities but is not necessarily accurate or linked to ethical behavior. (Hitler had high self-esteem.) Self-worth recognizes we are intrinsically valuable human beings, despite our flaws, and is based on our core values, those principles that give our life meaning and purpose. Purpose is not a job or career. Purpose is a calling greater than ourselves. Having a strong sense of purpose provides grit when the going gets tough.

When Muhammad Ali had his World Heavyweight boxing title, passport, and ability to earn a living taken away for being a conscientious objector to the war in Vietnam, he sacrificed his career for his principles.

“My conscience won’t let me go shoot my brother … or some poor hungry people in the mud for big powerful America,” Ali once said.

To support his family Ali was forced to speak for a $500 appearance fee at Cheney State College in Pennsylvania while fighting in court to avoid five years in prison. He was ridiculed as an unpatriotic disgrace to his race and his profession. It was a humbling four years for the “greatest boxer of all time,” but he developed into an independent thinker and became a champion in the antiwar and civil rights movements. Exiled from boxing, Ali outgrew the boxing ring and sports pages because he had a higher purpose.

“The service you do for others is the rent you pay for your room here on Earth,” Ali said.

It is estimated that Ali helped feed over 22 million people affected by hunger across the world. When he died in 2016, he was respected throughout the world as an ambassador of peace and goodwill.

“Hating people because of their color is wrong. And it doesn’t matter which color does the hating.” ~ Muhammad Ali

~ Gary Gilberg is an ICF certified executive coach, writer, and mental health advocate. A 40-year Truckee resident, he volunteers at For Goodness Sake and the Sierra Community House where he helps serve the hungry and speaks to young men in the local schools about healthy male attitudes and behaviors.

Resiliency and a Pivotal Moment in History
Music
6:00 pm

Resiliency and a Pivotal Moment in History
Music
6:00 pm

Resiliency and a Pivotal Moment in History
Music