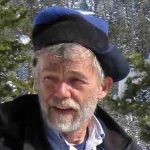 Graffiti is everywhere — in subways, on bridge abutments, on blank walls … some has artistic value; other pieces are little more than scribbles, signatures, dates, or four-letter words.

Prehistoric cave art and rock carvings may once have been graffiti, though they are held in different regard now. Spray paint and marker pens make tagging quick, easy, and difficult to control today. The abandoned railroad tunnels at Donner Summit and their interior paintings have become a tourist attraction of sorts, though visitors can be cited for trespassing since the property is owned by Union Pacific Railroad, which discourages entry.

An early summer explosion in graffiti on the outsides of the summit railroad tunnels and snowsheds caught locals by surprise. Markings could be seen from I-80, Donner Pass Road, and parts of Truckee. Its suddenness shocked locals into action; members of the rock climbing community were particularly upset because of their interest in keeping rock surfaces clean and natural. Although no climbing areas were immediately affected, migration of graffiti to nearby natural and historic surfaces is common. The U.S. Forest Service was concerned about damage to historic and archeological artifacts in the area, which are both numerous and often indistinct.

The Donner Summit Association, a volunteer group dedicated to revitalizing the summit area, is coordinating a removal campaign, which is supported by the forest service, the North Tahoe Climbers Coalition, Donner Summit ski areas, the Truckee Donner Land Trust, local businesses, and individual volunteers from across the Truckee/North Tahoe region. Seventy volunteers signed up for three- to four-hour shifts on three days in the week before Labor Day.

Sugar Bowl provided staff time, a truck-mounted pressure washer, and $1,000 in financial assistance, which was matched by a $1,000 contribution from the land trust. Individuals gave a total of another $1,500. Boreal and Soda Springs resorts also provided support. Mountain Hardware and Sports donated $250 worth of supplies, Kelly-Moore Paints provided 180 gallons of light brown paint at a discount, and The Real Graphic Source contributed new signs. Equipped with painting gear and solvent, the volunteers removed most of the graffiti visible from the highways during the initial three-day campaign.

Taggers returned almost immediately; but a second wave of two dozen volunteers on Sept. 24 repainted the freshly marked surfaces and extended coverage eastward to less accessible panels that had not been cleaned earlier in the month. Taggers returned again, and smaller clean-up groups have followed. The cycle is likely to repeat several more times before snow makes the exterior tunnel and snowshed walls difficult to reach.

Although the removal project has enjoyed wide community support, there have been challenges. Just before Labor Day, taggers hit an old CalTrans supply shed at the top of Donner Pass Road; cleaning the shed became another task for several of the first 70 volunteers. A web sign-up page was filled with bogus names and contact information so that only three of the expected 28 volunteers showed up; DSA is now confirming volunteer information before shifts start. And an earlier graffiti removal project by Sugar Bowl Academy was documented on the internet until threats against both the school and students led to quick removal of the Facebook pages.

A trail host, parked at the entrance to the longest tunnel, has called in suspicious activity, and the Nevada County sheriff’s office have escorted suspected taggers away from the tunnels in response. Video cameras are being installed and signs have been placed at likely access points warning of fines and imprisonment.

The granite walls around Donner Summit are one of the region’s primary attractions. Rock climbing has blossomed in the last 30 years. Cycling between Truckee and Cisco Grove has become an aerobic challenge; it will become even more popular once bike lanes open on Donner Pass Road. The summit’s past is complicated; but there is no denying that historian Bill Oudegeest’s characterization of it is apt: “Donner Summit is the most historically significant square mile in California and maybe the entire Western United States.”

The new graffiti is not a welcome addition to that square mile; community involvement is essential in controlling its spread. Anyone witnessing suspicious graffiti activity should contact the Nevada County sheriff’s office at (530) 265-7880. For more information on volunteering or to make a financial contribution to this effort, visit donnersummitca.com/projects.

~ Dick Simpson is a semi-retired planetary radar astronomer. When not helping NASA interpret space data, he is taking long dog walks or backcountry skiing at Donner Summit. He is secretary of the Donner Summit Association.