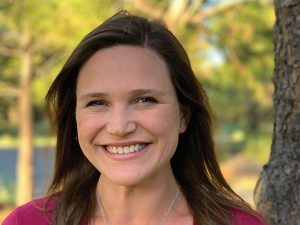 My name is Laura Mader and I am an environmental engineer who has spent 17 years employed in university, research, and municipal water quality labs working to protect California watersheds. For the last six years I have had the opportunity to live and work in this amazing community as the laboratory director at North Tahoe’s local wastewater treatment plant, Tahoe-Truckee Sanitation Agency, until I resigned on June 24. So why did I quit?

First, some background: To protect the clarity of Lake Tahoe, all sewage generated around the Tahoe Basin (including North Lake, Tahoe City, Squaw Valley, Alpine Meadows, and Truckee) is combined and treated at the TTSA water treatment plant near the airport and then discharged into the Truckee River.

The Truckee River watershed is one of the most pristine in the state and is a treasured asset to our community.

In 2015, TTSA brought on a new general manager from Bakersfield, LaRue Griffin. As has been documented several times in the pages of Moonshine Ink, this change in management led to a culture of blame, retaliation, and fear among TTSA employees.

Since Mr. Griffin took over operations, the agency has violated its discharge permit 14 separate times and has made no effort to remedy the same violations that happened repeatedly. Instead of working to solve the problem and protect the environment, TTSA management decided to replace the certified chemists who determine whether the plant is violating this permit with unqualified wastewater treatment operators. These operators are the very same staff who would be blamed if the testing showed that a violation had occurred.

TTSA management demanded that I approve the results generated by these unsupervised operators who had only a few hours of training and who were not required to have any relevant education or experience. I could not in good faith do this and resigned instead.

In the last several years, many TTSA employees have reached out to the board of directors to sound the alarm about management’s culture of blame and retaliation, and disregard for the community and the environment. The board of directors has taken no action to address these issues. They have no publicly available contact information and have refused to speak to the ratepayers who tried to contact them about TTSA. When employees once again tried to alert the board of directors about what was happening at TTSA, Board President Dale Cox dismissed them as agitators and directed them to stop contacting the board.

If you would like our local wastewater agency to act in good faith to protect the Truckee River watershed, please consider reaching out to TTSA and its member PUDs to express your concern. Also, consider your votes this fall for board members at the five local districts that make up TTSA. Vote for candidates that pledge to make changes to TTSA and who will require accountability and oversight to ensure that clean water is released into our Truckee River.

~ Laura is originally from Oakland, Calif. She attended UC Davis and worked for the University of California for a decade before moving to Tahoe with her family in 2014. She enjoys being outdoors and on the water with her husband and two sons, ages four and eight.