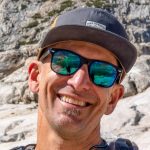 However you recreate outdoors, if you’re like me, it’s a big part of who you are even when you’re not actively engaging in that activity. I personally enjoy the planning phase of expeditions, thinking about a particular backcountry ski run that I haven’t tried before or planning a vacation to a warm place to enjoy kitesurfing. Whatever gets you outside has a positive effect on your physical and mental health.

That’s why last summer and fall’s climate change-enhanced wildfires were so dispiriting. Those of us with pre-existing conditions couldn’t even leave the house, while those of us in perfect health had to closely watch the air quality index to determine when it was relatively safe to get outside and get some exercise. These wildfire smoke effects were most drastically felt by those of us on the West Coast, but I know from traveling to the East Coast last summer that the smoke wasn’t confined to this coast.

And it’s not just smoke that is effecting our abilities to pursue our outdoor passions: Cold water anglers found fishing off limits in many western streams and rivers due to low water levels and high water temperatures, and the Pacific Northwest has been deluged with record flooding this winter that has washed out roads and trails, making getting to favorite outdoor destinations impossible.

But there is an effective solution to the ravages of climate change within our grasp. Putting a price on carbon at the source (wellhead, mine, or crude oil terminal) and returning the proceeds to households would reduce carbon emissions in the United States by 50% by 2030 without increasing the country’s financial deficit. This emission reduction is in line with what scientists tell us is required to stay below the 1.5°C temperature increase threshold that will allow us to avoid the worst effects of climate change.

Recently, the climate agenda in President Biden’s Build Back Better reconciliation bill has been held up in Congress because of objections from a couple of centrist Democrat senators (Joe Manchin of West Virginia and Kyrsten Sinema of Arizona). But negotiations continue outside the bright lights of the public’s attention. No one knows what the outcome of these talks will be, but there is conjecture that a scaled back reconciliation bill that meets these senators’ requirements is under consideration.

Putting a price on carbon is considered a centrist policy proposal because it won’t add to the deficit and the price gets filtered through the economy, allowing purchasers to make decisions about carbon content in products based on the product’s price. Producers respond to these decisions by making products with lower carbon content. They also invest in the research and development of lower carbon content products at lower prices. So this policy has a free market mechanism, but it is also progressive because returning the revenue in equal shares to households helps those on the lower end of the income scale the most.

There is still time to pass an ambitious climate change agenda before the midterm elections that will have a real effect on our ability to access all of the outdoor activities that we love. And putting a price on carbon has a very realistic chance of being part of that agenda if those of us who love outdoor activities let our senators and Biden know that we strongly support this policy. Please consider going to citizensclimatelobby.org/get-loud-take-action to send this message to your senators and president, and let them know what you want.

~ Matt Tucker is a father, husband, retired electrical engineer, avid outdoor recreationalist, and citizen alarmed about climate change and the effect it will have on his kid’s generation. Matt has been a volunteer with Citizens’ Climate Lobby, a national grassroots climate advocacy group, for three years. He is also an active member of 100% Renewable Truckee.

Put a Price on Carbon to Save the Outdoors
Sports & Outdoors / Wellness
6:00 pm

Put a Price on Carbon to Save the Outdoors
Event Type
6:00 pm