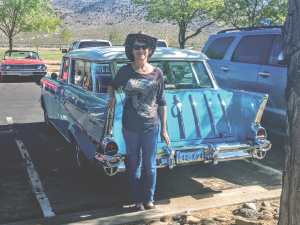 The development proposals being moved through public approval process on Lake Tahoe’s North Shore are not in the best interests of the Tahoe communities. Obviously, there is a lot more vital information to be revealed before the public can understand the total impact of new undisclosed plans. I’ve provided a scorecard of progress (or should I say non-progress?) on projects that were approved under a program called Community Enhancement Program that was removed a decade ago in 2012. The projects are all failing to meet requirements made by the agencies back then, requirements that were put in place to enhance the public domain and provide environmental improvements. Here’s what I found:

1. The Resort at Tahoe and Residences EKN Development (formerly Boulder Bay CEP): There are undisclosed plans/changes for this proposal to replace the current Biltmore Casino with a new building site plan. A Washoe County special use permit was approved by the Board of Adjustments for a grading permit. Appeals were filed but denied. What Tahoe Regional Planning Agency permit has EKN Development signed and acknowledged? When will the CEP compliance be disclosed?

2. The Homewood Mountain Master Plan CEP: For this condominium addition and ski resort rehab on the West Shore, JMA Ventures chose to build seven condos first. The next phase could be a project like the Yellowstone Club, an exclusive private community in partnership with Discovery Land Co. Will the fire station and evacuation plan requirements be honored along with other CEP conditions? Will the Homewood Ski Area Master Plan be revised?

3. Laulima (formerly Ferrari CEP): The Laulima development company is proposing to demolish the Ferrari’s Crown Hotel, the Goldcrest Hotel, and possibly the Falcon Lodge (although a new roof has been completed), located lakefront to Lake Tahoe and within the Kings Beach town center. The developers have not disclosed what will happen. We only know there was a plan for six luxury lakefront single family residences, two two-unit town homes, two small retail locations, a restaurant, and a private beach club. The proposed project will convert the last remaining commercial lakefront property in Kings Beach to private luxury homes and a private beach club. Placer County approved a mitigated negative declaration allowing the developer to build the luxury condos first. The public came out in force and the planning commission denied the request. The project is in standstill mode.

4. Kings Beach Town Center (formerly BB CEP): The $10-million debacle that Placer County paid for with Redevelopment Agency funds then sold for $3 million to the Clarke Group, a San Diego development team, is at a standstill. A new partnership formed with Kingsbarn Realty Capital has been disclosed. Recent extensions put this project in standstill mode.

The Redevelopment Agency acquired lots on Salmon Avenue in Kings Beach to be held for parking as part of the BB. This project is supported by Redevelopment Agency funds. It is a CEP project that will be built on a 4-acre site fronting California Highway 28 in Kings Beach between Fox and Raccoon streets. This mixed-use project will combine commercial, professional office, residential, and public uses, and will include public plazas, workforce housing, and a parking structure. It will link housing to neighborhood shopping, employment, transit, parks, schools, trails, bikeways, and other public facilities. The agency has supported this project with a $500,000 loan for engineering and planning expenses, and the agency acquired mortgage bank loans for the project site in 2010 for about $4.3 million.

5. The Pastore Ryan Foothill Motel: Proposed for the lakeside main strip of Kings Beach, the motel fell out of the CEP process, and Placer County elected to rehabilitate the property on its own.

6.  Lastly, Domus Affordable Housing CEP. Domus was built but did not meet all CEP criteria with no commercial component, etc., but obtained 100% coverage and CEP entitlements. Brook Avenue lots 17 and 18 in Kings Beach were purchased by the Redevelopment Agency in 2006. They were conveyed to Domus Development in 2010 to provide two units of affordable housing as part of the 77-unit Kings Beach Scattered Sites Housing Project.

Planning agencies at the TRPA, Placer County, and Washoe County must follow up on their development requirements — for the good of the community and the lake, and to preserve the credibility of the approval processes.

~ Ellie Waller lived at Lake Tahoe for 21 years. She takes a proactive approach to researching local government and regional codes for compliance, and she participated with state and local representatives to produce a 20-year regional plan update for Lake Tahoe. Waller is a member of the Placer County Citizen Advisory Team set to produce a new area plan for the county. She is interested in agricultural land protection and conservation of the area’s rich agricultural history.