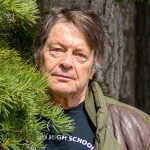 Fake news. We worry about it now, and maybe it seems worse in this hyper-news age, but there’s nothing new about “fake news.” Attempts at objective journalism only began in the 1950s, though some will argue with that date. In the 1970s, we were taught to clearly rely only on facts or statements of witnesses, to never trick your readers, listeners, or viewers into believing something you know to be a matter of opinion. Those belong in an opinion section.

In 1995, I spent five days in Culiacan, Sinaloa, Mexico, recording how it is the vegetables and fruit we knew in the U.S. as summer vegetables can be almost year-round. With Michael Marks, who still appears on KOVR, and crew, we shot at the Nogales border crossing, documenting produce inspections, and for several days around Culiacan, at farms growing tomatoes, cucumbers, bell peppers, and other salad vegetables.

After editing the reports, we learned the network had announced an upcoming piece highly critical of Mexican produce. The report was a hit piece on Mexican produce. With innuendo, misrepresentation, and video edited to mislead viewers, three separate reports from a Miami station had been cobbled together into one rambling rant of sensationalism.

The network report had three themes: One, Mexican people are gross because they pee and poop in the fields, and use “illegal” pesticides. Two, the U.S. government fails to protect us because it doesn’t inspect enough imported produce, and there is no federal law requiring country-of-origin labels in grocery stores. Three, little children pick the produce, and are harmed by these pesticides and filthy conditions. Some of the tricks employed were selectively filming:

A tiny hole in an irrigation main sprayed water into dusty soil near tomato vines. Dust from dry soil covered water flowed down the furrow. In one shot, the leak was visible. In a subsequent shot, only dirty water appeared. The accompanying audio spoke over those images: “There’s no toilets so the people have to go to the bathroom in the fields, it runs into the crops …” Muddy water flowing past tomato plants, portrayed as sewage.

Women washing clothing at an outdoor laundry table near the fields included a close-up of a very young girl working to scrub a garment. Another shot showed water dripping down into a pit below the washing surface. Once again, there was mud. The audio: “The little children try to wash the pesticides out of their clothes, but it’s hard …” And the video of the water dripping into the pit was used over this, with audio: “There are open pit latrines right in the field …” Soapy water dripping into a pit was implied to be pee splashing into a latrine. The tip-off was detergent bottles in both shots.

The U.S. Department of Agriculture had used Mexican-grown strawberries in a school-lunch program dessert. A girl contracted a serious infection. The rightfully angry mother railed about her daughter’s condition, demanding to know what was in that dessert! The berries had sat in a USDA frozen food facility for a year. Yet, the voiceover continued on the same theme: “Those strawberries were grown in MMMMEXico.” (Pronunciation key; if you’ve ever said the “MF” word after hitting your thumb with a hammer, that’s how the M-E-X of Mexico was said.)

A scene showing water pumped from a pond in which a couple of animal hides lay, and the reporter claimed the water was to be used to irrigate crops. In a sound bite by a representative of Centers for Science in the Public Interest stated, “That water is not fit for drinking; it is not fit for washing produce in …” and then she was cut off mid-sentence. It seemed to me she was about to say, “but there is no reason it cannot be used to water crops.”

In fact, Mexican growers, having less abundant water, invested heavily in drip irrigation. Water goes directly to the roots. Contamination of harvested produce is rare, and most produce is washed in clean water prior to shipping. (You should wash your produce before putting it away.*)

Sleight of hand tricks and innuendo continued. Mexican produce growers compete with Florida growers for American grocery dollars during the winter months. The reporter, based in Miami, was shilling for Florida growers. Mexican produce growers hired me to produce a rebuttal video. I roamed rural Sinaloa without my reporter, recording packing processes, water purification, and laboratory testing for pesticide residue. That video went to grocery chain produce buyers, and every member of Congress. My report was equally biased, but in favor of Mexican-grown produce, but it wasn’t presented as journalism. And I used no fake shots. The country-of-origin bill died in Congress.

Critical analysis of the news media is highly lacking. Fact checkers themselves often have an agenda. News audiences have dwindled, revenue has shrunk. There are dozens and dozens of news sources available to us, and generally we select those that offer a view that agrees with our own bias. Your job is to seek out multiple sources of information, and analyze and dissect the language used, look up claims made, talk to your circles, then find the truth by peering through the lies. In these days, with the blizzard of news sources and podcasts, seeing your way can be difficult. As Abe Lincoln said, “Don’t believe everything you read on Twitter.”

*Always wash all produce except, perhaps, mushrooms. That’s your choice.

~ Andrew Meblin worked in television news production in California for 25 years, then taught social science. He moved to Truckee with his wife full-time in 2019. Andrew produced for both Joe Carcione’s Greengrocer reports about fresh produce, and for Michael Marks, Your Produce Man, who appears still on KOVR, Channel 13, in Sacramento. More of his work can be found at maddog5.substack.com.

Poisonous Produce or Profound Propaganda?
Business
8:15 am / 9:15 am