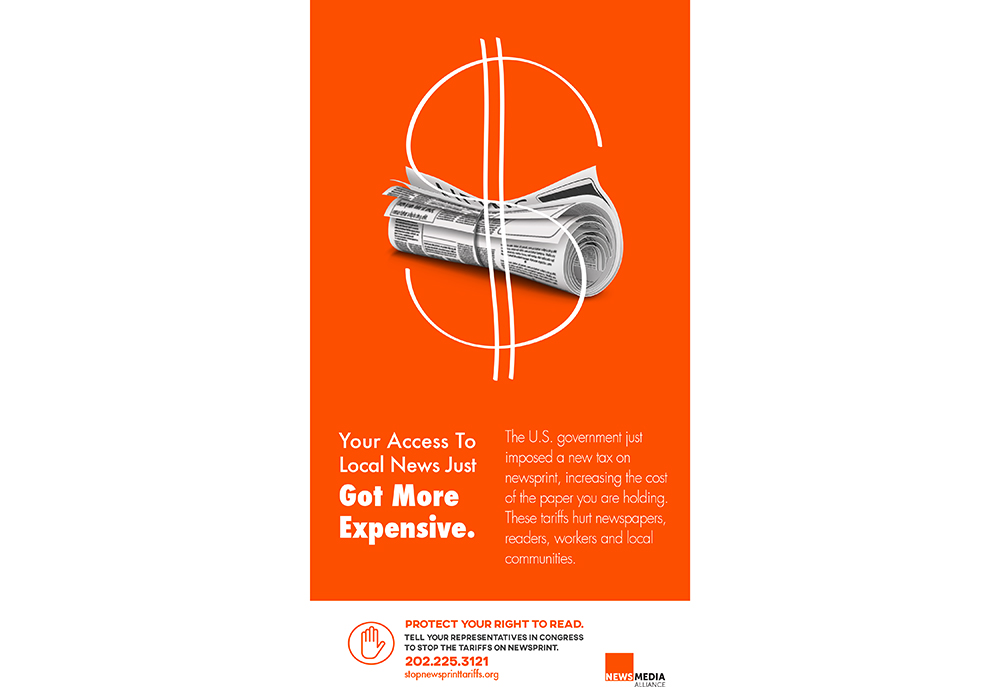 They say, “All’s fair in love and war,” but kicking a man when he’s down defies the gentlemanly code of ethics. As far as the world of American journalism goes, the Trump administration is guilty as charged.

Early this year, President Donald Trump got busy slapping tariffs on imports from a variety of industries, including solar panels, washing machines, steel, aluminum, and paper. At one point, he tweeted “trade wars are good, and easy to win.” But as he found out with the health care overhaul once he got involved in the details, he may realize trade wars aren’t a simple matter. Who wins under his “America First” policy is complex; sometimes the losers outnumber the winners even within our own borders when tariffs are instituted. A pattern in his system of new tariffs is listening to one part of the industry — often just one company — to the detriment of the whole.

In this case, one small paper mill in Washington State, whose parent company is owned by a New York-based hedge fund, is trying to use the federal trade and tariff laws to make newsprint as much as 50 percent more expensive. This mill, NORPAC, complained to the U.S. Department of Commerce and International Trade Commission that Canadian paper mills had an unfair advantage due to subsidies from their government and that they were selling paper too cheaply.

Yet, not one other U.S. paper mill supported the petition for these tariffs. The American Forest and Paper Industry opposes it as well. NORPAC employs 260 workers. Compare that to over 600,000 U.S. jobs in the newspaper publishing and commercial printing sectors across the country.

If this effort succeeds — and it’s currently looking that way — the prices of newspaper printing will rise steeply, affecting the paper you hold in your hands. The resources available for everything else we want to do for our community will be made more difficult.

The price of the newsprint Moonshine Ink is printed on will go up 30 percent soon, says our press. While prices have fluctuated over the years, an increase this rapid is unprecedented. “I’ve been doing this 20 years. That big of a percentage jump has never happened,” said Paul Hunting, production director and circulation director at Gold Country Printing.

The implications are dire and affect more than just our company or other small-town compatriots. As more and more newspapers across the country have to cut back on reporters due to declining revenues or in this case increasing costs, coverage of our legislative halls dwindles. Testifying before Congress in 2009 on the business crisis in journalism, David Simon, creator of The Wire and former journalist, lamented the decline of statehouse reporting: “The next 10 to 15 years will be halcyon days for local corruption. It’s going to be a great time to be a corrupt politician.”

Now we’re looking at the potential shuttering of even more news media outlets.

“We are painfully aware that some newspapers will not survive this upheaval,” said Susan Rowell, National Newspaper Association President and publisher of the Lancaster News in South Carolina. “For those who do, it will be at the expense of a diminished news mission.”

This worries me. If it worries you, please visit StopNewsprintTariffs.org and get informed. Then let your congressional representative know that the Trade Commission should consider repealing this tariff. For those in California’s 4th District, that’s R-Tom McClintock, 2206A Douglas Blvd., Suite 240, Roseville, CA, 95661, (916) 786-5560.

The danger is real.

Paper Tariffs Will Hurt Journalism
12:00 am