Home Columns My Shot On Community Preservation and Planning 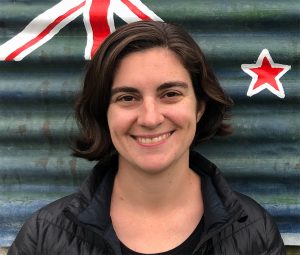 Transportation and land-use planning have not historically been the most transparent or welcoming processes to engage, but a few comments in Martha Janer’s My Shot in the August – September edition of Moonshine Ink titled I Saw the Signs … Become Stoplights merit gentle correction.

Ms. Janer wrote, “I propose we/you save what little is left of this small, quaint mountain town. I propose no more growth, no more construction, obliterate the general plan for 2040, and look toward an exemplary town that is already thriving present day, and be satisfied … I propose a mandate that Truckee be a no-growth community.”

Any reader could empathize with Ms. Janer’s desire. Truckee is charming because of its historic and natural environments, and these are worth preserving. Urban planners and developers, including most notoriously Robert Moses (though California certainly has our own examples) have leveraged opaque processes to shut out disagreement and inflict their vision on the built environment. General plans were created precisely in response to unbridled and haphazard development. The general plan itself is not synonymous with growth, but with transparent, community-led review. Engaging the plan update, rather than trying to obliterate it, would more closely achieve the outcomes for which Ms. Janer advocates.

Private property is inseparable from the potential for development. The standards a government must pass to outright seize and repurpose property (eminent domain) are incredibly high, and with good reason given the obvious potential for abuse. Nonprofits and land trusts can acquire land and decide not to develop it, but that’s expensive to do at any scale. Governments can also regulate use and effects. They can define negative impacts and acceptable thresholds and say, “you can do whatever you want, as long as it does/doesn’t do X, Y, Z.” That’s what planners have to work with.

For many years, every municipality in California has been legally required to adopt and periodically revise a general plan (other states have their versions, too). According to the governor’s office, a general plan encompasses “each local government’s blueprint for meeting the community’s long-term vision for the future.”

Municipalities vary in their processes, but the expectation is that in creating these documents, the community brings their desires up and out into the daylight. Hashing these desires out can be slow and frustrating, but it creates useful friction as people share their ideas, hear others’, and find compromise. In the end, the municipality has a guiding document that everyone has seen and shaped, which staff and commissioners can apply fairly and legally when evaluating development proposals.

Truckee already has a general plan, which is meant to see us through 2025. The plan has several “elements” — land use, community character, circulation, housing, economic development, conservation and open space, noise, and safety — each with several “guiding principles,” a few examples of which are listed here beside their elements:

Conservation and Open Space: Increase the amount of permanently protected, connected, and publicly accessible open space in and around Truckee for the use and enjoyment of all Truckee residents.

Planning staff and commissioners review development applications and compare the proposed project against the elements and guiding principles of the general plan. What do the principles say about this impact? Does this application advance toward the vision of these elements? Can we, in good faith, say that this proposal upholds the wishes of the residents that created this general plan?

It’s not economically, legally, or practically feasible to encase Truckee in amber. Rather than fighting the general plan update, passionate residents need to step up, participate, and help staff define what about Truckee we should protect and how. Like everything, COVID has complicated the traditional hands-on workshop format, but sign up for updates and see what staff have in store next at truckee2040.com/register. Community preservation and planning don’t happen by accident or avoidance; they happen through our passion, thought, and discussion. The general plan needs us, just like we need a general plan.

~ Ruth Miller is a planning commissioner for the Town of Truckee and an alternate appointee to the General Plan Advisory Committee.