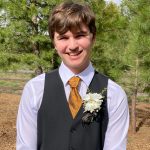 You have pissed off my generation to no extent. Here’s the catch: We’re voting. The recent gun violence is yet another example of the failure of the American government with regard to gun control. This is a component within a system that I, as a minor, have limited influence over, but I have observed enough to see the flaws, see the potential solutions, and be able to make educated and nuanced decisions when I go to the polls.

Throughout my lifetime, I have witnessed Sandy Hook, Parkland, and now Uvalde. Since Columbine, there have been no major gun reforms passed. Meanwhile, 13 senators have retained their seats for the entirety of that 22-year span. Six of those senators, all Republicans, have opposed every attempt by the left to change the current gun situation. Instead, they pitch the idea that arming our teachers and our everyday civilians would solve this issue. However, as we are learning about the Uvalde massacre, if we cannot even trust the cops, sworn to protect us, to use their guns effectively in times of high stress, it seems completely irresponsible to arm our teachers

Meanwhile, our students suffer. I suffer. I was in first grade when we had an active shooter near campus. My class was walking back from the Truckee High pool when we were quickly rushed into the cafeteria, hiding under desks and giggling with each other, oblivious to the potential violence that could ensue under different circumstances. I look at many of these shootings compared to that experience and I question: What if it had been me? What if that event in first grade had been different, and that man had wanted to take the lives of others?

As of this writing, I’m three weeks out from finishing my junior year, and every year since sixth grade we have been given ALICE training in the event of an active shooter on campus. These drills often feel misguided, placing a Band-Aid over a broken dam instead of building a better one. Why should the students be contemplating the best escape route for their own survival? This drill implies that in the event of a school shooting, the responsibility must be left to the students and faculty.

At the very least, we could have legislation passed to show the American people that their government can do something, anything whatsoever, to help prevent these murders. The change is going to come from the top and because there has been no tangible change from the top, I can’t help but blame those in charge. We must hold our politicians accountable. I can’t imagine running for office just to sit there and do nothing on the basis of partisanship, on the basis of “owning the libs,” while children die.

It’s easy to say that ending the filibuster would start real, rapid legislative progress, but let’s face it, the idea seems far-fetched with the current state of partisan politics. That is yet another situation that the general public has little influence or control over (and imagine the possibility if we did).

Instead, here’s what we can do. We can protest. We can expose the hypocrisy in a political system that misrepresents the voice of the people or fails to represent them at all. Most of all, people need to vote. We don’t need a supermajority; we need quality, elected officials who don’t halt forward progress (Manchin, Sinema, Feinstein, and even Joe Biden — I’m looking at you).

In the next five years, the country will see the generation with the highest accessibility to information voting, and we will not forget all the times we were ignored. I remember the pleas of Emma Gonzalez after Parkland. The pleas for some form of gun control while children like me were being murdered. We recognize that on the federal level, those deaths mean nothing outside of an empty “thoughts and prayers” tweet. We continue to be ignored. On June 7, my schoolmates and I spent our lunch period protesting outside Truckee High School against the lack of action and in support of House Bill 7910, also known as the Protecting Our Kids Act. The neglect our so-called leaders have shown will cost them the power they’re so desperate to maintain.

My generation will vote them out.

~ Dylan Riley, 16, is a junior at Truckee High. He has been a longtime community advocate, leading protests at Truckee High and SELS for climate justice, LGBTQ+ rights, and gun control since seventh grade. This summer, he will be attending the ACLU National Advocacy Institute for the second time to develop skills in lobbying and grassroots organization.

Observations on Lawmakers from a Concerned/Enraged Student
Sports & Outdoors / Wellness