Home Columns My Shot Mine your own Business 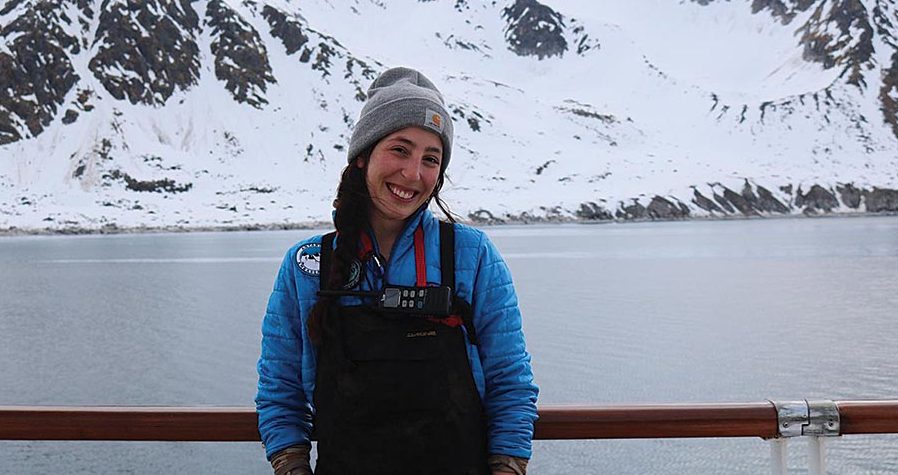 In March 2020, I saw the market irregularities as a possible break for homeownership in Truckee. My boyfriend and I began the mortgage preapproval process so we could be ready for what we unknowingly called the apocalypse. I felt luck was on our side and he thought I was completely insane. With some intermediate movement between Alaska and Utah, we both had spent the better part of a decade in the Tahoe region. Back when you could get to any mountain on a powder day, or when having a dog didn’t place you on what felt like an international database for rental bans … What followed in Q2 was the final deal-breaker, a mass shift to remote work in the Tahoe region. The big city exodus.

Yet the housing market was already crumbling before us as long-term rental inventory hit record lows while short-term rentals and real estate flourished. We left Truckee in July 2020 like so many others. We opted out of the greater Reno area for more space, following the underrated yet still-popular pattern: 89 North. Less than an hour away we felt Sierraville, Loyalton, and Portola were ‘the next thing,’ arguably being Truckee’s backyard. Widely known for its iconic valleys, we settled on four acres in Eastern Plumas County just outside Portola’s city limits. About five miles eastward along Highway 70 are the headwaters of the middle fork of the Feather River spring in Sierra Valley, the largest sub-alpine meadow in North America.

Occupying a sizable portion of Eastern Plumas County, the valley plays a significant role in the cattle production industry. You may have purchased organic produce or honey from this region at the Truckee Community Farmers Market, a popular platform for our local farmers to market their products. Perhaps you’ve spent time at Lake Davis, went to the Lost Sierra Hoedown, or rode bikes at the Sierra Buttes. A slightly raw outdoor paradise, we are all connected to the Sierra Valley in some way …

On November 17, 2020, a proposal was submitted to the Plumas County Planning Department to expand a vested mine at 77413 Meadow Way in Portola. While there is an existing sand and gravel mine at that location, its use is infrequent and the 10-acre operation is small in scale. In contrast, the proposed TLT Enterprise/Hat Creek Construction Mine Permit calls for a 50-year expansion plan scaling the operation to 250 acres. Bordering the site are an estimated 220 residential and commercial properties within one mile. Twenty-two residents are directly adjacent with some describing the project’s borders as mere feet from their door. Despite the vast scale of this proposal, many taxpayers remain unaware of what might end up in their backyard: diminishing property values.

When asked to describe how sensitive species and habitats will be conserved, or how impacts to them will be mitigated, the response is curt: “NA; none identified.” Yet the proximity to the Feather River alone is worrying. Dubbed a biodiversity hotspot, the valley supports the Sierra’s greatest variety and abundance of birds along with migration corridors for mammals like Pronghorn, Mule Deer, and American Badger, according to the Feather River Land Trust.

Even so, the proposal requests are seemingly limitless — vague permission to build an asphalt plant, lime plant, rock crushing plant, on-site diesel storage for 10,000 gallons of fuel and 55-gallon drums of hydraulic and transmission fluids, a 450-foot sediment pond for particulates and toxins. Another key highlight includes using 50,000 gallons of well water daily. For perspective, the U.S. Geological Survey suggests on average each person uses approximately 80-100 gallons a day for indoor home use. Serious water usage conflicts include: nearby residential wells, which will remain at high risk from contamination of neighboring surface sources in addition to groundwater depletion.

It is evident these planning figures are intentionally ambiguous and material-dependent. Though several reports present this as a part-time endeavor, it is far from one based on the facts presented. Daily operational plans call for up to 700 round trips by truck with 32 being average. Those totals fail to consider additional traffic from employees and a sizable set of suppliers. At peak activity, operations will run 24 hours and sometimes 6 days per week. As most local homes are not equipped with air conditioning, residents rely on window ventilation for natural cooling. Excessive noise, dissipating AQI along with dust and debris hazards will eliminate this basic comfort and frankly an adequate standard of living.

Let me be clear: This proposal is a direct example of environmental injustice. You will not find public nuisances of this scale in affluent areas as hazards are generally reserved for lower income communities. Environmental justice encompasses a principle that living in a lower income area does not constitute permission for big industry — or government — to place disproportionate amounts of noxious chemicals in your backyard. We face socio-economic considerations in addition to ethics concerns and support of scientific data or integrity for community health and safety. While there is a downward trend, the poverty rate in Portola was over 22% in 2019. No doubt this area has had its challenges, but any suggestions to present this operation as a socioeconomic opportunity for the region is arrogant at best. Exploitation comes with immeasurable risk and consequence of which the scale remains undetectable for decades to come.

Local residents have teamed up to challenge this development as the adverse effects would be enormous and indefinite. We invite you to be a part of the solution to ensure the Sierra Valley remains iconic for all the right reasons. Visit saveeasternplumas.com for more information on volunteer opportunities, or to make a financial contribution.

(The full permit application can be found at bit.ly/3pMor4G).

~ For the last decade, Shayna has worked in the environmental nonprofit sector and for an international ocean carrier. She supported environmental leadership programs in the Arctic and Antarctica, with a global focus on climate change. Shayna is currently a graduate student at the University of Arizona studying Environmental Law and Policy.

Mine your own Business
Business
6:00 pm

Mine your own Business
Music
6:00 pm

Mine your own Business
Music
12:00 am

Mine your own Business
Sports & Outdoors / Wellness