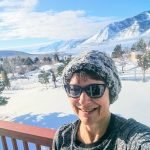 Unless the public (and businesses being assessed) strenuously objects on March 9, Placer County, encouraged by Supervisor Cindy Gustafson, will approve a Tourist Business Improvement District entity on the North Shore that will extract 1% to 2% of gross revenues from most businesses in Eastern Placer County. The citizens didn’t vote this in and it was never on the ballot. And, by the way, TBID has a five-year duration before it’s up for renewal.

You mostly have to love tourists. After all, we have all likely been tourists somewhere, sometime. But unfortunately, too many tourists in one place makes a mess of paradise. Too much traffic, too much garbage … actually, a lot of too much of everything except, according to Placer County, tax dollars. They may be right, but the manner in which they want to fix this is quite alarming.

For years, the main method of taxing Placer County tourists has been a Transient Occupancy Tax on lodging. Voters approved it in 1996 with an initial tax rate of 8%, which later voters increased to 10%. But that is not enough, according to the county.

There is a new scheme called TBID to create a new, additional tax, which is being promoted and would be administered by the North Lake Tahoe Resort Association. It doesn’t require a taxpayer vote. Here is how it would work: Nearly everything except gas and groceries would be assessed at a 1% to 2% rate. In addition to the 10% TOT tax, North Lake Tahoe would be taxed 2% on lodging while Squaw Alpine (Alterra) and Northstar (Vail) would be taxed 1%.

This confronts residents (voters) with several watershed political challenges. This is a new method of taxation without your approval. Do we really want a new system of taxation without representation? It seems un-American and a new playground for potential abuse including self-interest and self-dealing. It also runs counter to the county’s published commitment to mitigate the impact of tourism on local residents.

A TBID cannot and does not differentiate between residents or tourists. Everyone would pay in Eastern Placer County. And there are practical, common sense concerns regarding this proposed new revenue.

The projected revenue-based budget for TBID ($6 million) + TOT ($4.1 million) is initially around $11 million. Right off the top, approximately $300,000 would be needed for TBID administration, including salaries, to support the new tax. That seems like a high tax in itself.

Another roughly $3.1 million would go toward promoting and marketing of more tourism. Other TOT dollars would be used for widening roads, making it easier for tourism travel. Fixing tourism problems by encouraging more tourism smacks of circular, if not perverse, logic.

This is a tourism treadmill that will never have enough money.

Placer County needs a different approach. It should not come out of the locals’ pockets and should not enable or increase the source of the problem, namely too many tourists.

Just say no to TBID. Express your concerns to preserve@ntpac.org and they will be forwarded to Cindy Gustafson, Placer County supervisor.

~ Ellie Waller was a Tahoe resident for 20 years. Now, she’s a “TIMBY”— Tahoe is My Backyard. Being a citizen volunteer, Ellie has a proactive approach to researching local government and regional codes and ordinances for compliance to regional, local, and general plans. She is a member of the North Tahoe Preservation Alliance.

Major Tax Dilemma for Locals
12:00 am