Home Columns My Shot Living Under the Flight Path 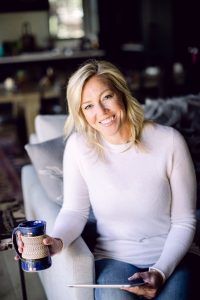 The article titled In the Crosswinds, which ran in Moonshine Ink in August, negated to include the daily impact the Truckee airport has on those who live in community, especially under the flight path. Living under the flight path for the past 10 years has given me a very different perspective of the airport. Yes, when we first purchased our house, my husband and I were very aware of our proximity to the airport, which at the time was not teeming with private jets arriving and departing nonstop throughout the day. We would see a prop plane occasionally, and that never bothered us much. It has been quite the opposite in the past few years with planes arriving and departing at all hours of the day, my least favorite being those that don’t seem to respect the “voluntary curfew.”

The Truckee airport impacts are far more than just noise annoyance though: pollution, safety hazards, and the spending of taxpayer dollars are things that every community member should have on their mind.

Pollution: Did you know that a private jet like a Challenger emits 10,821 pounds of carbon emissions on a flight from Truckee to the Dallas Fort Worth International Airport — basically double what an individual’s vehicle emits in a single year? On a private jet flight from the Bay Area, which happens daily here, a flight emits 1,253 pounds of carbon emissions. The average individual’s commercial air travel per year produces 3,351 pounds. Living in a town as environmentally focused as Truckee, I struggle understanding why we continue to subsidize these actions.

Safety: Last year we had two devastating plane crashes. Just 150 yards from my home six individuals lost their lives in a tragic crash that could have been even more devastating. Truckee is a high elevation airport presenting multiple challenges to pilots. We see a plane crash almost annually. Each is tragic in its own right, but sooner than later, we are going to have a plane crash that impacts more than just those immediately involved. The proposed third runway at the airport would move a significant volume of traffic away from our neighborhoods.

Noise: There is no doubt the Truckee airport makes a lot of noise. On peak days our small town sees a flight every two to three minutes over a 14-hour operating period. I’m tired of the complete disregard of the airport curfew. We are often woken up by jets breaking curfew, and I can no longer enjoy my backyard without constantly being interrupted by the sounds of airplanes flying overhead.

Spending: Fully 45% of the airport’s operating budget comes from our tax dollars; this is equivalent to that produced by airside revenues and hangar leases combined. This is a very unique situation. Most airports do not receive, nor rely on, tax dollars to fund operations.  In fact, the FAA states that airports should be self-sustaining with operations supported by the user group. In 2023, almost $8 million of our tax dollars will go to the Tahoe Truckee Airport District. Can you imagine the good that money could do in our community? Instead, the airport is spending more than $450,000 annually to provide water, ice, and lavatory services to its small group of users.

Do we want to build more and more hangars, attracting more air traffic?  Or do we think we ought to let air travelers pay for air travel, and return tax dollars to fund projects to benefit the entire community? More hangars to keep private planes bright and shiny, or a new library where our kids can learn about any subject they like, including STEM. The question is clear to me: Do we spend tax dollars on more lavatory services for the jet-setting elite, or do we offer a free airport shuttle to Reno for the rest of us?

Let’s work hard to make the Truckee Tahoe Airport users pay for their services themselves, and keep our tax dollars for community benefits. I’m hoping that Mary Hetherington and Chris Henderson win seats on the airport board in the November election to help us make this happen. Either way, make your voice heard by attending airport board meetings and submit comments at the meetings, as well as get involved with the Airport Community Advisory Team. If we really want our voices to make a difference, we have to put the work in to find better ways for more of our airport tax dollars to be used positively in the community.

~ Megan Butcher lives in Truckee with her husband and young son. She grew up in Southern California, but has been lucky enough to call Truckee home for over 10 years, enjoying everything the area has to offer.

Living Under the Flight Path
Arts & Culture
All Day