Home Columns My Shot Liberty Utilities Doesn’t Own the Sun 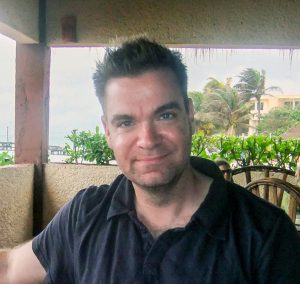 In 2019, when I approached Liberty Utilities to install solar, they denied permission — initially requiring I pay in advance for 12 months of electricity that the new array would produce. I screamed extortion into my pillow on more than one occasion. With new 30% solar tax incentives likely inspiring more customers to install panels, Liberty’s unscrupulous obstructionism toward solar customers is unacceptable.

After an ugly fight for close to a year before a judge at the California Public Utilities Commission, Liberty would ultimately settle the case, allow me to put in solar, and pay me thousands of dollars for the trouble, but not before a display of dishonesty and raw arrogance that spawned new pillow screams. Liberty even went so far as to strategically edit its own solar program guidelines before submitting them to the CPUC and got caught lying about it. The CPUC was well aware of their status as a bad actor, with CPUC attorney Jack Mulligan revealing to me in a phone call: “I’ve worked with Liberty before, and I don’t trust them.”

As part of the case’s settlement, Liberty had to temporarily adjust my net metering annual cycle. Net metering is the mechanism that allows solar customers to save unused solar electricity production as credits on their bill, to use later when the sun isn’t shining or panels are covered with snow. It is fundamental to allowing customers to best utilize their solar.

Importantly, Liberty doesn’t allow customers to adjust their 12-month net-metering period to best suit their particular seasonal production and usage needs, like most other utility companies in California do. Their net metering cycle is tied to the calendar year, meaning that if your account has any solar credits at the end of December, Liberty zeros out your bank of solar credits and pays you a paltry amount for each kilowatt hour credit left on your bill. When a solar customer’s bank of credits is wiped out come January, the shorter winter days and snow-covered panels means they are producing less electricity, and their bills increase substantially — during the exact time when many might use additional solar credits for heating.

It is important to understand that customers’ unused solar production not only goes onto their bills as a kilowatt-hour credit, but in real time the actual electricity flows to the power grid to be used and sold to other Liberty customers, currently for about 17 to 20 cents per kilowatt hour. But, at the end of the year when zeroing out a solar credit bank, Liberty only pays solar customers about 3 to 5 cents per kilowatt hour. Despite Liberty’s accounting machinations, they can make up to a 500% profit on a customer’s solar credits.

Liberty’s mostly homogenous service area at altitude in the Tahoe Basin means that, like me, other customers will usually have unused solar credits in December. Matt Newberry, the solar program manager at Liberty and a main architect of its obstructionism in my previous case, has admitted that they send out many checks to solar customers each year for unused solar credits, and that it is “bad for business.”

Perhaps naively, I ask, why would a utility company obstruct customers’ ability to best utilize their solar? Even worse, why would Liberty pay out resources annually, for at least the last five years, that could instead be used for things like wildfire vegetation management, or — in the face of its recent rate hikes (up to 40% in some areas) — used for reducing electricity rates for customers? Why would Liberty continue a practice for years that it admits is “bad for business”?

Liberty has claimed that statutory rules prevent it from currently changing its net metering period for customers, a position utterly contradicted by what they already did unilaterally in the settlement of my case before the CPUC.

With new solar tax incentives topping 30%, California’s solar trajectory will continue. As more residents install solar, they should be able to utilize their investment in a way that is best for their own seasonal electricity production and usage, and thus the planet — not what is best for an unscrupulous utility provider. We deserve better than Liberty’s dishonesty and obstructionism.

~ Peter Tucker is a former board member of the Glenshire Devonshire Residents Association and current resident of Glenshire in Truckee. 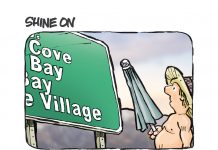 Not to Mention Million Dollar Point…