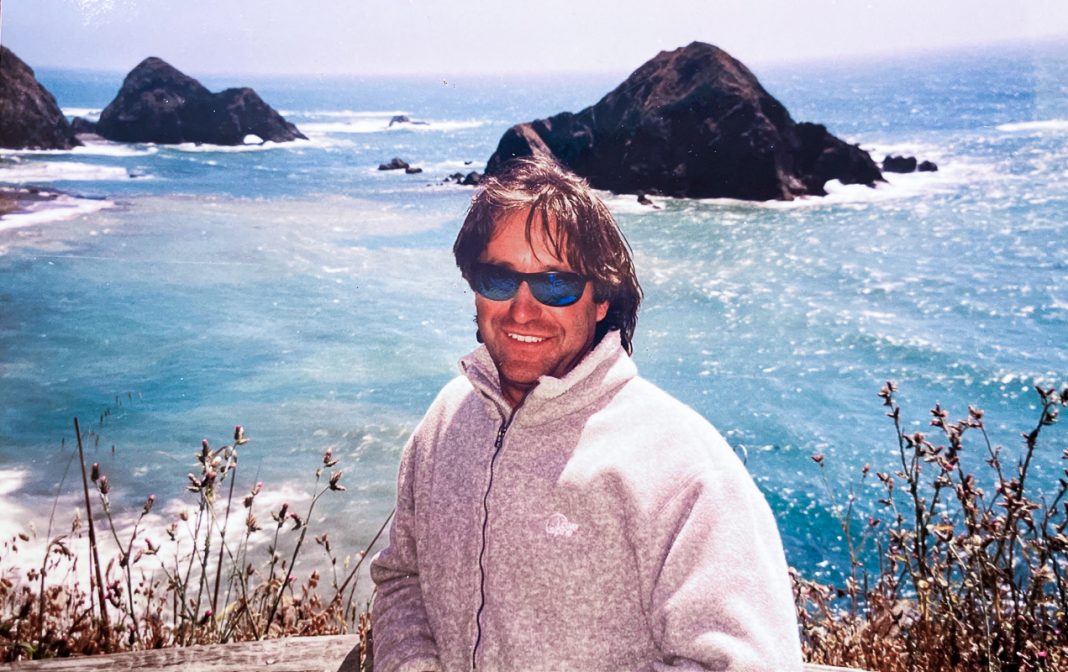 John Ross Lowis (known as “Ross Lowis”), 70, a longtime resident of North Lake Tahoe, passed away May 31 after a lengthy battle with Parkinson’s disease.

Ross was a British national, born at Barton on Sea in England and raised by seafaring parents Jack and Jean Lowis on the southern English coast in the small town of Keyhaven, across from the Isle of Wight.

In his youth, Ross was an avid sailor, spending his summers on the sea. He went on to skipper a private sailboat in the Mediterranean Sea and was known by his friends for telling gullible tourists tall stories about the history of the area. His winters were spent living in Chamonix, France, fulfilling his love of skiing in the Alps and meeting lifelong friends.

In Chamonix, Ross met and later married American Sarah Jane Erdman, with whom he moved to the United States. Ross and Sarah spent time working and traveling across the country before settling in Tahoe City in 1981. Several years later, they started a family of two boys, Charles lain (known as “lain”) and Kyle James. Lake Tahoe proved to be an excellent chosen home for Ross, where he could continue to enjoy skiing as well as time on the water. As a father, he lovingly shared these passions with lain and Kyle, an example of the many ways he expressed his immense love for his sons.

In his early years in Tahoe City, Ross worked at Casa Andina ski shop for Eddy and Osvaldo Ancinas, followed by working at the Village Ski Loft in Incline Village for Mike Croke. In summer months, Ross worked at Sunnyside and Homewood for High Sierra Waterski School with Lee Schmidt, renting waterski boats, captaining boat tours, and teaching waterskiing and wakeboarding. Ross was a favorite among the visitors to High Sierra, known as the British boat driver with a sharp wit and kind attitude. His jobs kept him connected to a life of skiing and being on the water.

Ross later met and remarried to Lori Ann Godshall, spending the past 25 years building a life together around their mutual love for Tahoe, the outdoors, and travel with their many friends. Favorite memories included heading to Sand Harbor to enjoy “Shakespeare on the Lake,” a quiet evening sail, heading to Death Valley for sightseeing and hiking, and exploring as much of the Sierra Nevada as possible. Ross and Lori were avid hikers with a very fond love for Desolation Wilderness.

Shortly before his retirement, Ross was diagnosed with Parkinson’s disease. Lori tended to him during this period of his life with steadfast love and support, making sure his life was still lived to the fullest despite the numerous challenges his diagnosis presented. Even with his struggles, Ross kept his memorable wit — his neurologist remarked that Ross was one of her favorite patients, and he replied, “I would expect no less.”

Ross is survived by his wife, Lori Lowis, his sister, Winkie Watson, and his two sons, lain and Kyle, along with many extended family and friends in England, France, and the U.S. Ross passed away peacefully in his home. A private memorial service will be held in his hometown of Keyhaven, England. In lieu of flowers, please donate to the American Parkinson’s Disease Association in his memory at apdaparkinson.org.