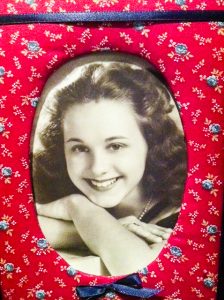 Joan Marie Weaver Hauserman burst into life like a firecracker on July 15, 1928. An only child of Eli and Halsene Weaver, she was one of a kind, and a force to be reckoned with, having a brilliant mind and a sparkling personality. This storytelling ball of fire tapped through life with the journey her focus, rather than the destination.

Meeting the love of her life in October 1947, she married Dan Hauserman, the youngest of nine, on her mother’s birthday, June 19, 1948. Devout Catholics, they were to have six children, (Susie Bellomy, Julie Perachiotti, Mary Carnell, Dan Hauserman, Tim Hauserman, and Heidi Wilmott,) and eventually 28 grandchildren, all of whom she is survived by.

Married 66 years before Dan left for heaven, their lives were an incredible story of adventure and triumphs, with Dan game for her motto, “Where there is a will there’s a way.” He and his “Mighty Mite” created a life of success and enhanced the lives of so many friends and family along the way. Generous, helpful, and a target shooter at fixing any problem, Joan, the life of the party and a bright light in any room, made life fun for everyone she met. Though afflicted with Alzheimer’s in her mid-80s, it did not erase her common sense, humor and eagle eye perception of the needs of others. Always a fast-forward, “Get er done” gal, she made earthly accomplishments that were innumerable. 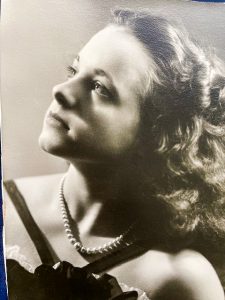 She was a woman ahead of her time. A good example of Joan’s energy, drive, and vision was what she accomplished in 1966 when she was just 37. In the early 1960s, Joan and Dan bought a small motel in the center of Tahoe City, but Joan did not envision running a motel. She thought Tahoe City needed a shopping center, and somehow, she thought she could be the one to make it happen. So, they moved the motel cottages and houses off the property and had them reconstructed in a neighborhood nearby. (The Lake Chalet Apartments built from the motel still stand on Granlibakken Road, west of Tahoe City). They proceeded to build a unique home in Dollar Point, moved in, and then worked through the planning challenges and construction on the first phase of the Cobblestone Shopping Center, which opened in June 1966. Her sixth child arrived less than two months later.  Meanwhile, she was also busy corralling five other children.

In the past several years, Joan was even able to mitigate Alzheimer’s by retaining contentment from her spiritual life. Wanting to know she was going to heaven, she humbly asked her Lord and Savior, Jesus Christ, to take her there when it was time. He answered her wish, and in addition, gave her a painless, anxiety-free passing from a stroke as she listened to the singing of hymns and The Lord’s Prayer and then turned her eyes upon Jesus. She will be laid to rest beside her husband with a memorial service held closer to Christmas, her favorite holiday.

Joan lived a full, glorious life and chose to celebrate her birthday with Jesus, leaving us on the morning of July 12, three days before she would have turned 94. She would wish to thank all of her many friends and large family for all the joy and love they brought her. Having lost all their names and faces, she is no doubt thrilled to have her memory back and be reuniting with those who have gone before her. In lieu of flowers or donations, she would wish that each of us give generously of ourselves to others with the love of Jesus Christ. Condolences may be sent to the family by visiting danerimortuary.com and signing the guest book.