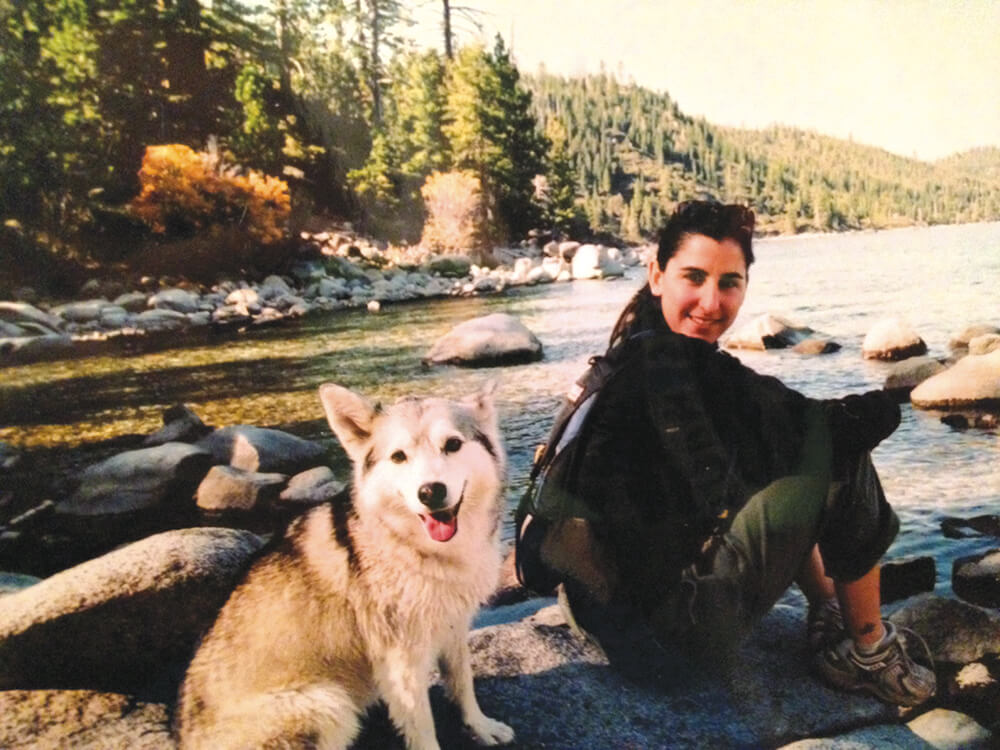 I had an amazing dog once. Her name was Avalanche and she was half Malamute, half American Eskimo. She was actually my husband’s dog first, but she soon became mine too. We swore she could talk if she wanted to. She seemed to understand every word we said. Avy, as we called her, was so beautiful and well behaved that walking with her in public places was like being with a celebrity — people would stop in their tracks and stare, and even take photos. I had been a cat person my whole life, but with Avalanche I quickly came to understand how people, especially in Tahoe, can be so passionate about their dogs. I loved her like she was my child.

Like most Tahoe dogs, Avy had never been on a leash. We didn’t even own one. When we went on a trip to Bodie State Historical Park, the rangers made us put her on a leash. We had to improvise with some rope we found in the car. It felt strange to have this obedient dog tethered to us as we roamed the park. Yet Avy also taught me the benefit of leashes. She wobbled into our house one day with a gash so thick on the back of her neck I could see soft tissue. A neighbor’s wolfdog, who was allowed to wander freely, had attacked her.

It’s been 10 years since Avalanche passed away from lung cancer (and no, she didn’t smoke), but it hasn’t dimmed my understanding of the place Tahoe folks have for dogs in their hearts. This issue of Moonshine, with no less than six stories about dogs, is a case in point: North Shore residents are up in arms that their local animal shelter is closing (here), a stray dog in Ecuador adopts a Swedish racing team and makes headlines (here), a possible leash law in Martis Valley raises alarm bells (here), and we reminisce about a famous Samoyed named Rex the Blizzard King (here).

I’m not sure when I’ll be ready to have a dog in my life again, but I do know one thing — as locals like to say, when I die and come back, there wouldn’t be any better life than to be a Tahoe dog.