Home Columns My Shot Is Lake Tahoe a National Treasure or a County Treasure? 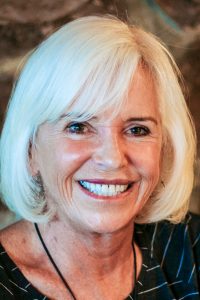 On March 22, Washoe County made it clear that if you live more than 500 feet away from a major project like Boulder Bay your opinion isn’t considered — it’s actually ignored. That’s you, Incline, Crystal Bay, Brockway, and Kings Beach residents.

Forget that we are all affected by traffic congestion and emergency evacuation on the two-lane State Route 28 right-of-way. Forget that traffic impacts have changed since Kings Beach went from four lanes to two and Covid increased the fulltime population. Importantly, the world has changed since the 2008 Boulder Bay traffic study.

EKN purchased Boulder Bay in September of 2021. It’s now April 2022, and EKN hasn’t revealed what they plan to do. At the March 22 hearing, Washoe County commissioners and our local commissioner, Alexis Hill, ignored the three separate appeals that argued there must be a defined project before the developer can take a public right-of-way. The commissioners voted unanimously that North Tahoe Preservation Alliance and an Incline resident have no standing to appeal. Yet in 2009 the North Tahoe Preservation Alliance in an appeal to the Washoe County commissioners successfully reversed the developer’s attempt to again take the fourth exit from upper Crystal Bay. What’s different now? Nothing.

This isn’t someone trying to reduce the side setback of a garage. This is the biggest project since the Hyatt was enlarged in 1970. Every tree on the currently disturbed site will be removed and enough excavated dirt removed to fill an NFL stadium field with 130 feet of material.

A changed project requires a new application submitted to TRPA and the county. No one knows what is planned and EKN isn’t sure itself. The communities don’t even know who is financing this supposed $600 million luxury five-star project. EKN has completed two modest projects in Rochester, Minnesota: a remodeled Holiday Inn called Indigo with 178 rooms and a new Hyatt House 172-room hotel. Boulder Bay was approved for a massive build-out: 275 hotel rooms, 59 condos, 14 onsite employee housing, 187,000 square feet of commercial floor space, 67,338 square feet of accessory and hotel space, 10,000 square feet of casino, and 460 parking spaces. It’s giant.

Without a revised application, Washoe County is charging ahead and reviewing Boulder Bay grading permits that propose digging more than 200,000 cubic yards of dirt. It’s grading for grading’s sake. The Tahoe Regional Planning Agency won’t weigh in until it receives a formal application from the developer, which EKN continues to avoid.

TRPA has ceded its authority to Washoe County’s interests. It appears the county isn’t concerned with protecting the Tahoe Basin. The county’s financial interests aren’t aligned with TRPA. If it’s every county for themselves, why do we even need TRPA? We thought the region as a whole mattered. If adjacent project neighbors don’t have standing, it isn’t just vacating a public road; it’s vacating a Basin-wide process.

We need TRPA to do its job and not be complicit in the Washoe County abandonment of process.

The Bi-State Compact that created the TRPA was supposed to environmentally unite the five Lake Tahoe counties under one cohesive plan and code. It wasn’t created to let the counties do whatever they want and bypass the TRPA review process. The affected public far exceeds 500 feet. Fires exceed 500 feet. Small county thinking has no place for one of the biggest projects on the North Shore.

~ Ann Nichols is a 50-year North Shore resident, Nevada and California real estate broker, plein air painter, skier, and dog lover. As one of the founding members of the North Tahoe Preservation Alliance established in 2008, she has assisted in helping to preserve the natural beauty and rural character of North Lake Tahoe.

Is Lake Tahoe a National Treasure or a County Treasure?
Business
6:00 pm

Is Lake Tahoe a National Treasure or a County Treasure?
Music
6:00 pm

Is Lake Tahoe a National Treasure or a County Treasure?
Music
12:00 am

Is Lake Tahoe a National Treasure or a County Treasure?
Sports & Outdoors / Wellness