Home Columns My Shot I’m Not Racist, But … 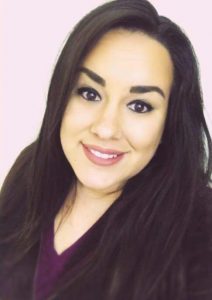 As a child of mixed ethnicity growing up in rural Utah, I was subjected to several manners of racism; from the adult who called me a spic at the age of 7 as I admired her baby she pushed along in a stroller, to the casual racism of “friends” with comments such as, “Well, when I say ‘wetbacks’ I don’t mean all Mexicans, like, not you … I just mean the bad ones” to the most subtle but also one of the most painful for me, tokenism. For the uninitiated, tokenism is when someone declares they are not racist because they have insert marginalized population here friends and/or family. Tokenism is particularly painful as it is diminishing to you as a person, and the likelihood is that they’ve used you as their example while they’ve spit any number of horrific comments in casual conversation. You’re their get out of jail free card.

I moved out of Utah in my 20s, and overt racist comments toward me diminished. On the other hand, being moderately white passing (particularly in more diverse California), I have had my fair share of exposure to racism by white people who assume that I’m not a minority or somehow forget and therefore let the poison fall from their lips without a second thought. Once, while picking my ex-husband up from work at a local ski shop, I was shocked to hear one of his coworkers crack off some infuriatingly racist “joke” and then be dismissive about the offense taken by my ex and me. After all, he was only “joking.” Mentioning my own personal sensitivity in these scenarios in an effort to show that someone they know and care about is affected almost always yields something along the lines of an uncomfortable giggle followed by “I totally forgot” or “I don’t think of you as a Mexican.” Which is code for “Oops, thought I could get away with it.”

By far, the most infuriating and morally compromising situation I have found myself in is encountering racism at work, which has happened at nearly every single job I have ever held. Often, it is subtle, subtle enough to dismiss as someone being oblivious to their comments being racist. Then you’re faced with the dilemma of speaking up. Is it appropriate? Is this a matter for human resources? Will HR understand that what was said was racist? If someone gets reprimanded, are they going to know it was you that spoke up? Is this going to change the atmosphere at work?

Day-to-day racism that affects me personally centers around being someone’s token minority friend, or being called a racist epithet, or a repeat of the time I was singled out of a group of white peers by police at age 12 under suspicion of shoplifting after I had already purchased my items. Incidentally, I was the one of the few in the group that hadn’t stolen anything. That experience impacted me enough that at age 35 I still keep my hands out of my pockets and purse in every store just so I don’t face that humiliation again. However, all of those will result in little more than hurt feelings and anger for me.

The fear and pain that our nation’s black citizens face every day is strikingly more severe than anything I have ever experienced. I can’t begin to claim that I know their pain, however, I can empathize, and can only imagine that the outrage and marginalization I have felt in my life is merely a small fraction of a small percent of their experience. Fear of encounters with the police should be wholly unacceptable to society, yet time and time again, excuses are offered and accepted as to why deadly force was used when the reality for George Floyd, Eric Garner, Philando Castile, Tamir Rice, Breonna Taylor, Mike Brown, and countless others, is it simply wasn’t necessary. Comments about suspicion are used as validation of guilt and justification for deadly force, despite our judicial system specifically affording the presumption of innocence until proven guilty. Deadly force should be used as a last resort only when a person is putting officers or other civilian lives at risk, not because they are being uncooperative or suspected of a crime. Suspicion of using a counterfeit $20 bill is hardly punishable by a slow death caused by someone kneeling on your neck for more than eight minutes.

These experiences of racism happen across the spectrum on a daily basis, from subtle to overt, insulting to deadly. America has done an incredible job of sweeping most of it under the rug, labeling those who speak out as “snowflakes” or “radicals” or “needing to get over it already.” The time for change is long overdue already; if not now, when?

So, readers, when you get yourself ready for the day next time, look at yourself in the mirror. Straighten your shirt, fix your hair, and check your privilege. As you move through your day, remove yourself from your experiences and reflect on the experiences of others. Think before you speak. Educate yourself. Speak out against racism, homophobia, and transphobia, no matter how subtle. If someone checks you for a comment you made, don’t jump to defend yourself, but accept your responsibility for it and learn how to be better.

~ Darrah was raised in Moab, Utah and has called Truckee home since 2013 along with her three children and ex-husband. Highlights for Darrah since moving to Truckee are performing in The Vagina Monologues in 2018 and participating in Crisis Intervention Training with Tahoe SAFE Alliance.

I’m Not Racist, But …
Family

I’m Not Racist, But …
Sports & Outdoors