Home Columns My Shot I am Woman, Hear Me Cry 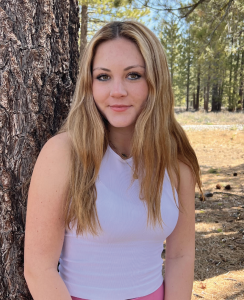 I was walking to my car after grabbing chicken and eggs from Safeway when I noticed a man staring at me from his car parked next to mine. I balled my hand into a fist and shifted my car keys in my hands so that they could serve as a weapon. It was dark and I felt an acute panic.

When I finally got close enough to unlock my car he faced me, puffed out his chest like an angry pigeon, and without warning started yelling at me. I was so stunned that I didn’t initially register what he was angry about; I just knew the anger was directed at me.

Finally, I realized why he was screaming. It seems that in my rush to get food and get home I wasn’t careful about my parking. I was inside the lines, but I was to the right a little more than I should have been. This man had parked inside the lines but a little to the left. This meant he only had a small gap to open his car door.

“I’ve been waiting here for 10 minutes,” he hollered.

A blanket of fear coated my lips and tongue, paralyzing my voice.

“Did you even f*cking think?” I stopped walking and stared at him.

“Pull this sh*t out,” he screamed.

I got in my car as fast as I could, but I could still hear him yelling.

“What the f*ck is wrong with you? Next time use your head.” He slapped the side of my car as I backed out, and a chill ran through me.

Once I was far enough away I started to cry. I felt so pathetic. I wanted to stick up for myself, I wanted to explain that if he had asked nicely I would have apologized and he could have gone home without screaming at a 16-year-old girl. I wanted to know if he felt his behavior was acceptable. Was this how he would want his sisters or daughters or friends to be treated?

I shared my experience when I got home and realized that for the men of my family it was hard for them to fathom. I realized they would never understand the things that I and other women have experienced: Grown men asking you to roll down your window so they can “see how pretty you are,” having to come up with ways to say no to a guy so he doesn’t get mad, or shading your face when you hear catcalling. And they will never understand the feeling you get when a random man tells you to “use your head” when you parked exactly as he did. As a woman, there is a vulnerability that makes these situations feel that much scarier.

Kaya Marchell, a 16-year-old sophomore and friend, shared a similar experience with me. She was at a gas station late at night when a car of eight guys in their 20s pulled up. They started whistling and hollering at her, and asked her to come over to their car.

”I immediately felt uncomfortable so I got in my car and drove away,” she said. “I didn’t get gas.”

As she pulled away they told her not to leave and one of the men said, “Let’s follow her.”

“This is when I start to really freak out,” Marchell said. “I sped up and cut in front of a car. Thankfully they didn’t try to catch up, but I started crying my eyes out.”

That experience scared her so badly that she is now fearful whenever she goes to a gas station, day or night.

These scenarios might not have ended in harm, but when one in every six women are sexually assaulted in their lifetimes, our fears are not irrational. Until that number dissipates, we have to keep teaching women to protect themselves -— and continue to raise men who respect women.

~ Callie Ross is finishing up her junior year at Tahoe Expedition Academy.

I am Woman, Hear Me Cry
Sports & Outdoors / Wellness